Home All News Kids Teen Creates App to Organize All The Family’s Caregivers After Grandmother Gets... 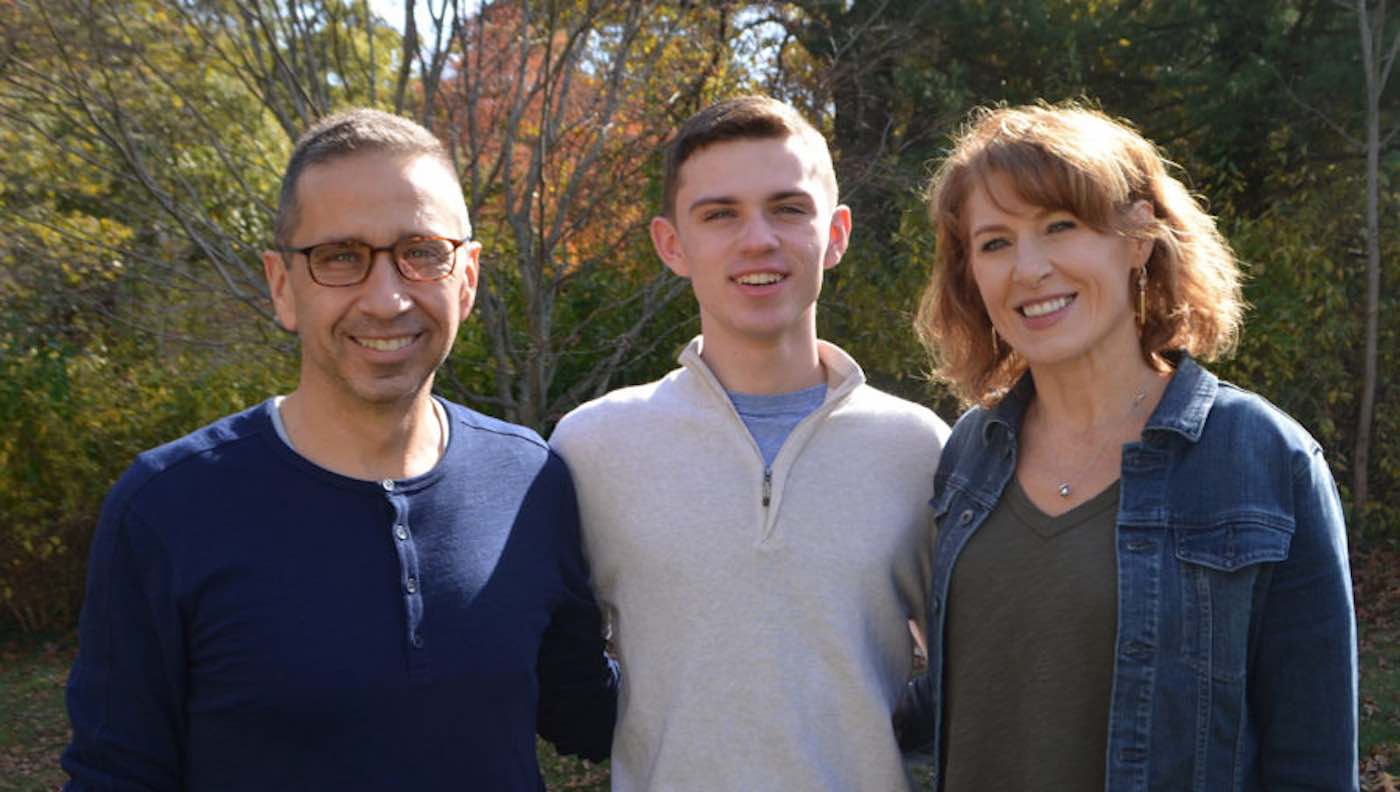 There seems to be an app for just about anything these days, but for a hands-on, ‘round-the-clock task like dementia care, is there really “an app for that”?

When Logan Wells’s grandmother was first diagnosed with dementia, her family chose to care for her at home so she could enjoy her three-mile daily walks and a social life with friends. Logan’s parents, Hallie and Eric, and his aunt Lisa set out to organize a schedule for Nannie and all her companions.

Hallie told Colonial Times Magazine, “When we first started, there were pieces of paper all over Nannie’s house: the chore chart on the fridge, the calendar on the kitchen counter, the medication check-off.”

But, as Nannie’s condition declined and more specialized care was required, the family in Lexington, Massachusetts, began introducing professional caregivers into the mix. With six family members and three professional staff, the teenager witnessed the overwhelming number of tasks created by constantly having to update the team through texts, emails, and calling multiple numbers—and he wondered if there was a better way.

50 million people worldwide have been diagnosed with dementia, but despite the large adult population going through similar circumstances, it’s common for families to feel isolated and overwhelmed.

Seeing the stress it was putting on his mom to coordinate all medical appointments, medications, and be the main point of contact for all the helpers, Logan did what he could to help. He also began learning programming from online tutorials with the plan to develop an app that would coordinate all the data and calendar information.

RELATED: Thanks to Student’s Hunch, Seniors With Dementia Are ‘Coming Alive’ Again With the ‘Magic’ of Virtual Reality

Development of the app quickly became a family project. Logan’s dad, Eric, helped with his background in technology and programming; his twin brother Devin and sister Delaney provided input for the prototype; and Logan’s mom and aunt tested the initial version and provided crucial feedback.

Later in the development process, they brought in software consultants to provide security features, and help to scale up the app so it could be offered to families everywhere. The result is CareZare.

Logan and his father then took it to a local senior care facility and collected feedback from test groups of care professionals who knew how massive amounts of health and behavioral data could be streamlined and improved.

The pair also met with families facing different types of care challenges, such as adult family members with developmental disabilities. “We started to think – we can build this so it’s useful to other people,” Eric said. The suggestions they received were integrated into the app.

With the free app, users can log activities, track tasks (such as, if patient took their meds), keep an up-to-date calendar and have all of your contacts in one place. The app inventors say that future enhancements include integration with Google and Apple calendars, weather updates that could help care team members plan ahead, and even streaming video feed from home security cameras.

When asked about log-in problems experienced by a few users who then left poor reviews, Logan Wells told GNN, “We had a steep rise in users in a short amount of time which caused some issues, but those are now resolved.”

Currently, CareZare is offered for both Android and iPhone devices.

So, yes, even for the myriad challenges that families face in helping care for one of their own, there really is an app for that. CareZare launched in November of 2017.

“It has been a godsend, honestly, from the communication point of view,” Logan’s aunt Lisa said. “Before, you could spend half your day just calling people and trying to figure things out.”

MORE: After Breakthrough Trials, Alzheimer’s Vaccine That Uses the Body’s Immune System May Soon Be Tested on Humans

Nannie can be very proud of her grandson, who spent so many of his teen years working to improve the lives of his family members, and so many others.

MULTIPLY the Good by Sharing the News on Social Media…