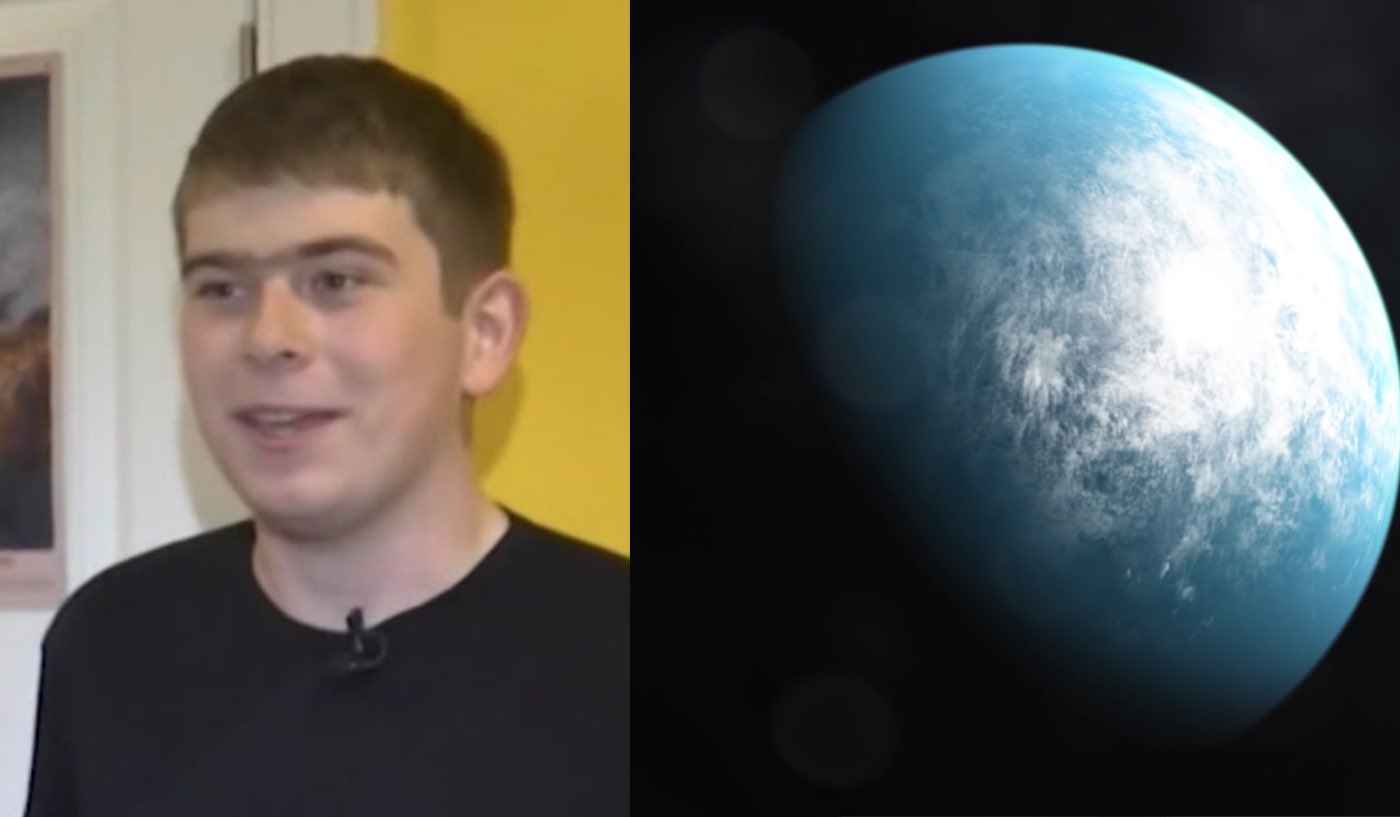 A 17-year-old high school student is being hailed for discovering a new planet that is roughly 6.9 times larger than the Earth—and he did it on his third day of an internship with NASA.

Now a senior at Scarsdale High School in New York, Wolf Cukier landed a 2-month internship with NASA back in the summer of 2019. The internship required him to examine variations of star brightness through NASA’s Transiting Exoplanet Survey Satellite (TESS).

Upon noticing a slight dip in the brightness readings, Cukier thought the variation was simply due to a stellar eclipse. He then examined the data further and discovered that the dip was actually coming from a planet.

RELATED: 14-Year-old Awarded $25,000 For Her Invention That Totally Eliminates Blind Spots in Your Car Using a Projector

“I was looking through the data for everything the volunteers had flagged as an eclipsing binary, a system where two stars circle around each other and from our view eclipse each other every orbit,” Cukier said.

“About three days into my internship, I saw a signal from a system called TOI 1338,” he added. “At first I thought it was a stellar eclipse, but the timing was wrong. It turned out to be a planet.”

Since NASA confirmed the teen’s findings, they announced the discovery on their website this week.

TOI 1338 b, as it is now called, is TESS’s first circumbinary planet—a world orbiting two stars. The discovery was featured in a panel discussion earlier this month at the 235th American Astronomical Society meeting in Honolulu.

A paper, which Cukier co-authored along with scientists from Goddard, San Diego State University, the University of Chicago and other institutions, has also been submitted to a scientific journal.

MORE: One Giant Leap for Mankind—Top 10 Scientific Breakthroughs of 2019

The TOI 1338 system lies 1,300 light-years away in the constellation Pictor. The two stars orbit each other every 15 days. One is about 10% more massive than our Sun, while the other is cooler, dimmer and only one-third the Sun’s mass.

TOI 1338 b is the only known planet in the system. It’s around 6.9 times larger than Earth, or between the sizes of Neptune and Saturn. The planet orbits in almost exactly the same plane as the stars, so it experiences regular stellar eclipses.