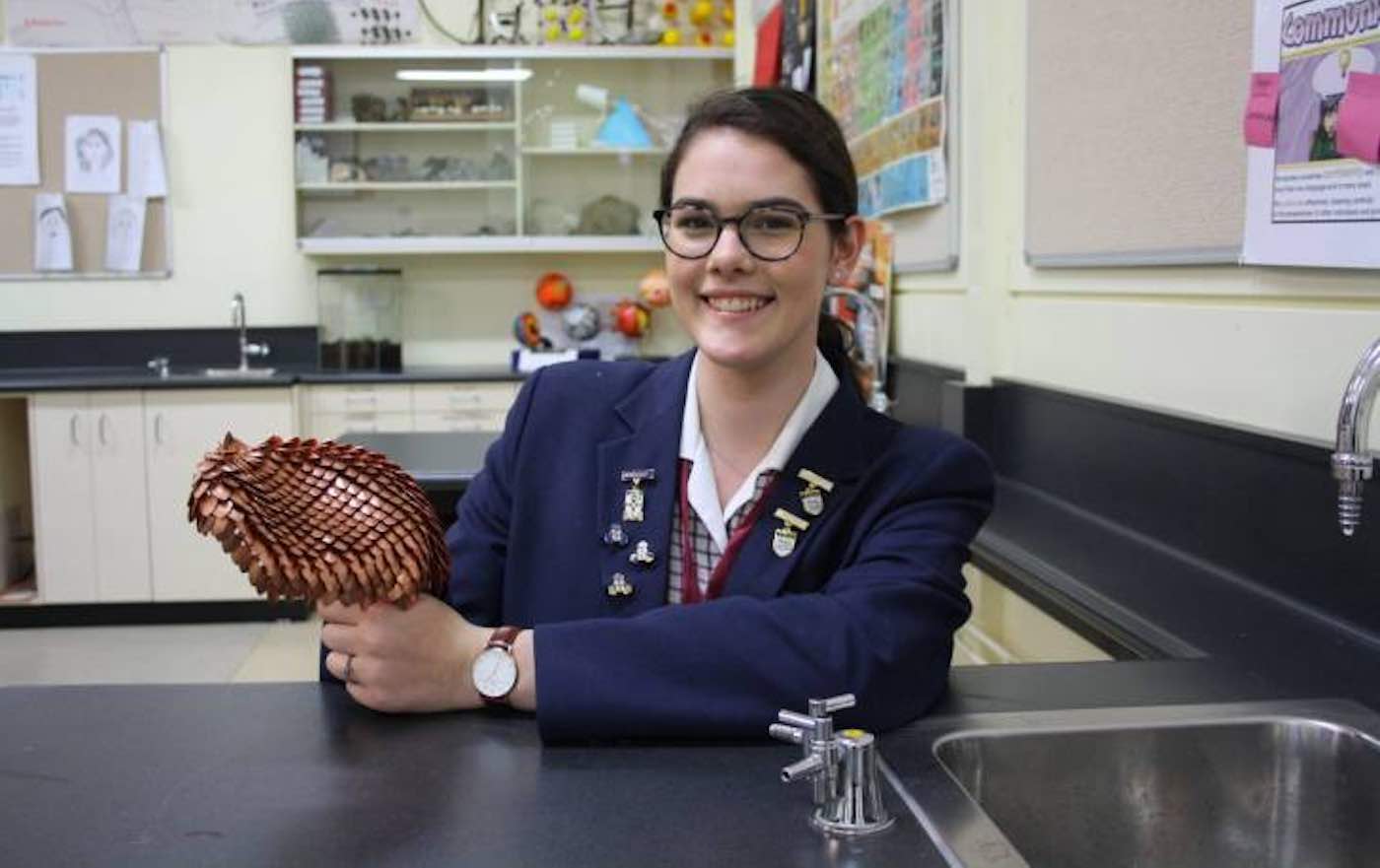 Macinley Butson was just 16 years old when she first felt spurred to try and protect women from excess radiation during breast cancer treatments—and now, her invention could be a game-changer in the medical field.

Butson, whose brother and father also work in medical physics, has always been fascinated by science, but she only began researching the harmful side effects of radiation therapy after her father discussed his experience with ineffective cancer treatments in his own line of medical work.

Since Butson had also recently lost a family relative to breast cancer, she felt inspired to conduct her own investigation on the subject.

She tried to begin her medical research by reading scientific journals, but she found their academic jargon almost impossible to understand.

She then turned to YouTube to find videos that taught how to read scientific journals. As she became more and more entrenched in her research, she stumbled upon a key bit of information: copper has been shown to be dramatically more effective at protecting skin from radiation compared to lead.

The Australian teen from Wollongong, New South Wales then experienced her “eureka” moment as she was viewing a film on medieval wars in her 10th grade history class. When she saw the scaled patterns of the armor, she was inspired to create a wearable protective shield out of copper.

She then headed back to YouTube and watched videos on how to weave together tiny scales. Using high-density copper plating, she made her own flexible scale-mail which she now calls the SMART Armor: Scale Mail for Radiation Therapy.

When her armor was tested in a laboratory setting, Butson’s invention reduced surface exposure to excess radiation by a whopping 75%.

In 2016, she won first place at the INTEL International Science and Engineering Fair—becoming the first Australian to do so in its 68-year history.

Butson is working on getting her SMART Armor into clinical settings for use within a year.