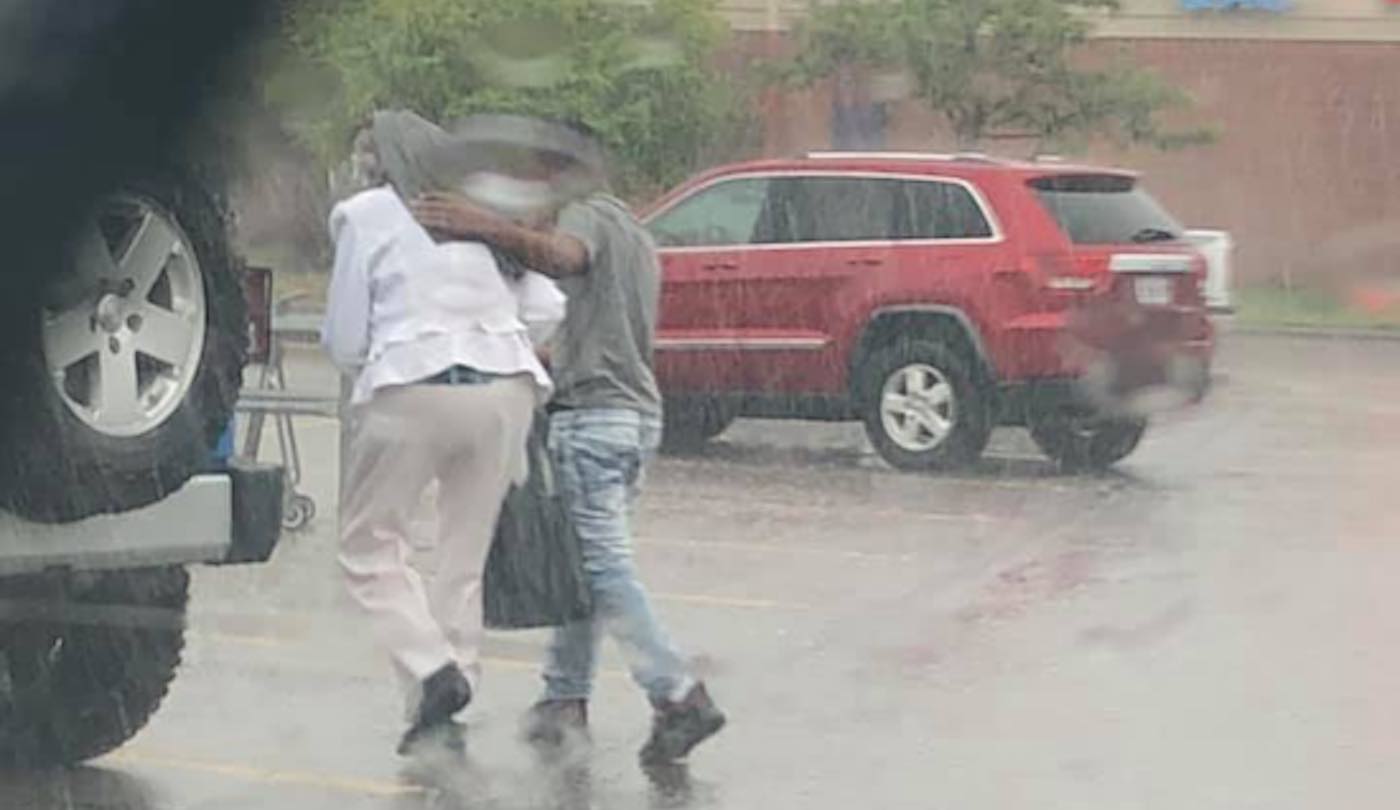 A compassionate teenager is being praised for helping an older woman get to her car amidst the pouring rain after an awestruck police officer posted a photo of the good deed to social media.

Officer Joe Holt with the Independence Police Department in Missouri had been sitting in his parked car so he could enjoy a bite to eat earlier this week when he saw the youngster jump into action.

Upon noticing an older woman walking to her vehicle in the downpour, the youngster hopped out of his mother’s van, took off his jacket, and used it to help keep the woman dry until she got to her car.

Holt was so impressed by the teen’s kindness, he snapped a photo of the gesture and approached the teen’s mother so he could thank her for raising such a compassionate young man.

WATCH: As Disabled Man Frantically Wheels Himself Home Before Tornado, Teen Hops Out of His Car to Help

“She teared up pretty good. It was a moment between the both of us. I mean I teared up a little bit. I’m a parent as well. So, I told her that I was very impressed with him and that he should be proud,” Holt told WDAF in the interview below.

Since Holt published the photo to the Independence Police Department Facebook page, it has been shared thousands of times. He now hopes that the post will reach the boy and his mother so he can take the teen out to dinner as a thank you for his kindness.

“This kid cared less about race, religion or color. The only thing this kid cared about was being kind,” wrote Holt. “Kiddo, if you see me on the street again, this guy owes you a dinner. You ever need anything, I will come running to ya.”