Home All News World These Will Be the First 3D-Printed Homes That You Can Actually Live... 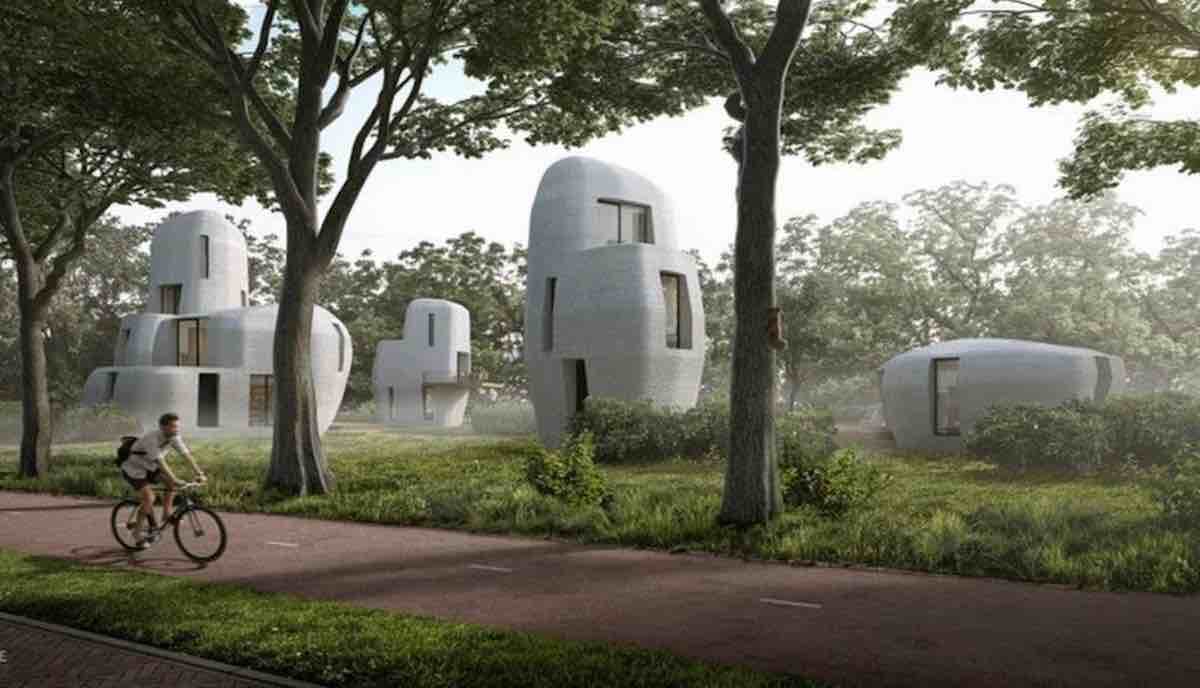 These strange buildings may look like something out of a sci-fi tale, but the future is now.

The community, being built in the Netherlands, will likely be remembered as the world’s first group of habitable 3D-printed houses.

There have been several other buildings constructed around the world using a 3D printer, but these are the first ones, the group claims, that will be ready to fully accommodate humans. 20 applicants have already expressed their interest in renting the homes, which will be ready for occupants next year.

The five Dutch houses will be built in a quiet district of Eindhoven in the Netherlands as part of the “Project Milestone” collaboration between The Eindhoven University of Technology and several other partners, all of whom will be making sure that the homes meet comfortable living standards.

The first set of houses will only be 1 story tall, but as the process develops, the designers believe that the concrete houses could be up to 3 stories. Additionally, as the construction process becomes more refined, the housing designs can become more intricate and personalized depending on the individual’s needs.

RELATED: 3D Printed Turtle Eggs Are Being Used to Crack Down on Poaching

The 3D-printed homes that made headlines back in 2016 used a similar design and concept, except they were not nearly as durable, since the houses were made using clay. While this did make them dirt cheap and ideal for emergency housing in poorer regions of the world, the same design could not be used in urban settings.

The price of the Project Milestone houses has not been publicized, although officials say that as the initiative becomes more popular, the prices will become cheaper.

“3D-printing of concrete is a potential game changer in the building industry,” said a spokesperson for Eindhoven University.

“Besides the ability to construct almost any shape, it also enables architects to design very fine concrete structures. Another new possibility is to print all kinds, qualities and colors of concrete, all in a single product.”

MORE: First Ever 3D-Printed Cornea Could Restore Vision for Millions of People

The precise nature of a 3D-printer also means that the houses require much less material than if they were built with human hands. This not only saves money, but it also cuts down on harmful carbon emissions from the concrete.

“We need a technical revolution in the constructing area to respond to the shortage of skilled bricklayers in the Netherlands and all over the world,” Rudy van Gurp, a manager of the construction company in charge of the project, told CNN. “3D printing makes things quicker, better, cheaper and more sustainable by using less material. It also fosters creativity and freedom in the design.”

Build Up Some Positivity: Share The News With Your Friends