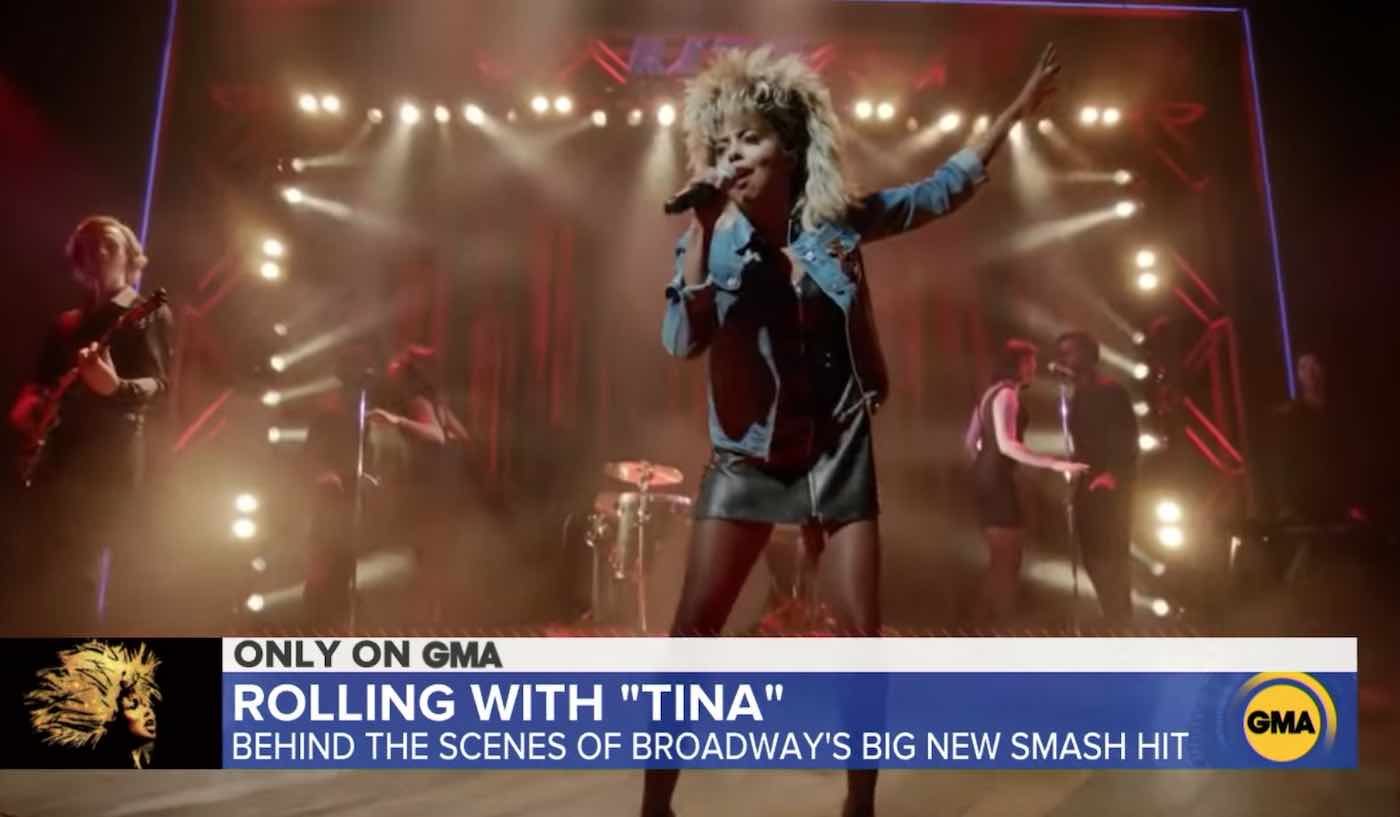 The Queen of Rock and Roll is celebrating her 80th birthday today, and though she’s been facing some tough health challenges, Tina Turner showed up on Broadway to sit in the audience and hear her biggest hits—“Proud Mary”, “What’s Love Got to Do With It”, and “Simply the Best”, sung as a stellar backdrop to her remarkable life.

The story of the legendary singer’s resilience and courage finally came to Broadway this month with the opening of the musical simply called Tina.

The rollicking play depicts Turner’s life story—from growing up in poverty in Tennessee to the physical abuse she suffered at the hands of her ex-husband Ike Turner, followed by the triumphant third act in when she finally leaves him with less than a dollar in her pocket and ends up selling 200 million records as a solo artist.

She flew into New York City from her home in Zurich for opening night and even sang a few bars of “Rolling, rolling, rolling on a river…”

In her second memoir “Tina Turner: My Love Story”—which was published last year—she revealed she was recovering from several life-threatening illnesses. In 2013, she suffered a stroke three weeks after her wedding to Erwin Bach, a German record executive she met in 1986. The singer with the great dance moves had to learn to walk again. Then, in 2016, she was diagnosed with intestinal cancer, and also experienced kidney failure.

Retired for more than ten years, she became a citizen of Switzerland, and later told Entertainment Weekly that she is very much enjoying retirement. “I wanted to spend time with Erwin and do the things that normal people do, like work in my garden, stay up late watching movies, and go food shopping.”

The practicing Buddhist also said she was looking forward to turning 80. “Age is just a number to me. I’m a 16-year-old at heart. Turning 80 won’t change that!”

This Story Is Simply The Best; So Be Sure And Share It With Your Friends On Social Media…