Home All News Inspiring Couple Leaves a $2020 Tip That Shocks This Single Mom Waitress During... 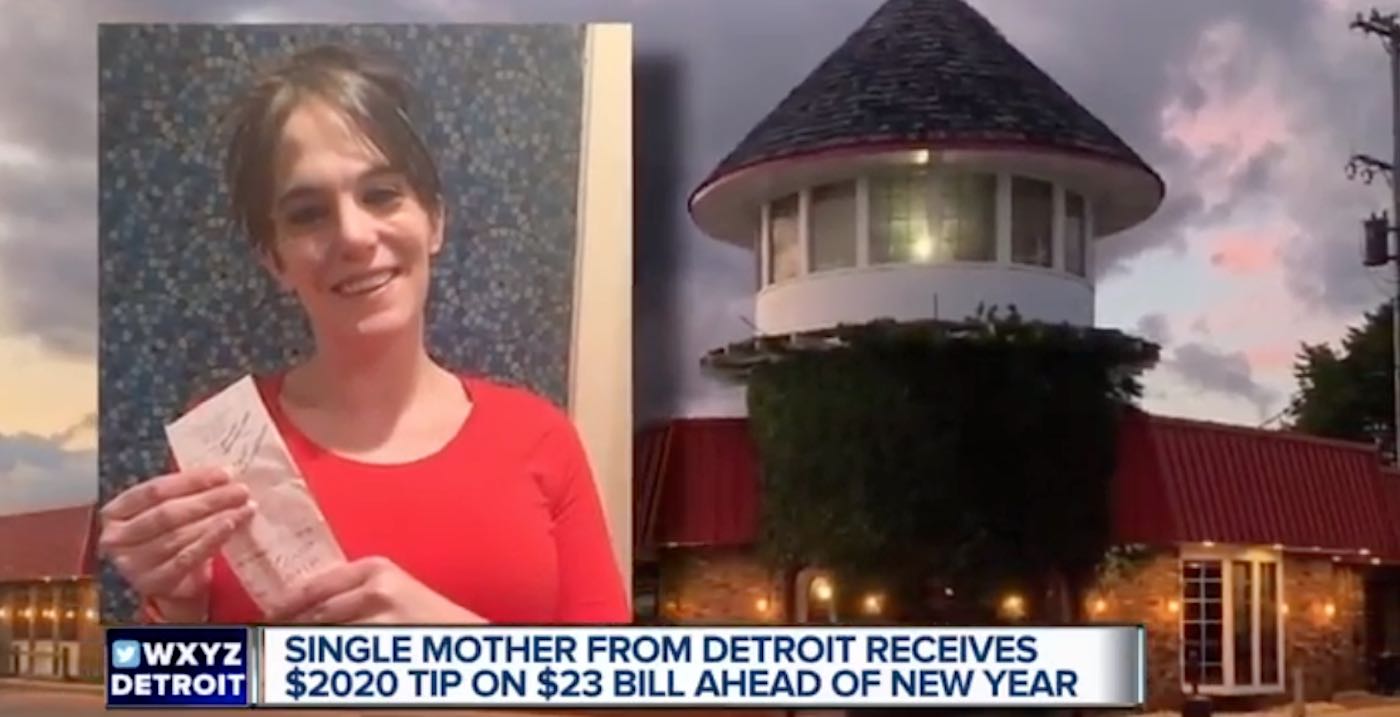 She was homeless just one year ago. But, after packing up and leaving Detroit so she could start a new life in northern Michigan, this 31-year old woman now has confirmation that she’s in the right place.

Danielle Franzoni moved to Alpena and settled into a homeless shelter to stay sober—after struggling with an opioid addition. Now a waitress, a generous tip is helping her build on her dreams after reaching two-years sober.

According to The Alpena News, Franzoni was working her Sunday shift at the waterfront Thunder Bay River Restaurant, when two regulars gave her the surprise of a lifetime, leaving a tip that made her burst into tears.

The total amount of the bill before the unexpected tip was just $23.33, yet the pair gifted her more than two thousand dollars more.

Franzoni told The Alpena News she was shocked, “They don’t know where I’ve come from, they don’t know how hard it’s been. They’re really just doing this out of the kindness of their heart.”

When asked what she plans to do with the money, the mother of three who just moved into a new house, explained that she’ll use some of it to obtain the last piece of the puzzle on her road to recovery—a driver’s license, something she hasn’t had for ten years.

With the bulk of the money going into a savings account, Franzoni will “build a future because of this.”

Franzoni didn’t waste any time paying it forward, too. She went out to dinner that same day to celebrate, and joined the #2020TipChallenge by leaving a $20.20 tip for her server.

WATCH: Company Surprise All 198 of Their Awestruck Employees With $10 Million in Holiday Bonuses

She reportedly hopes to one day open a sobriety house for women and children to show others facing similar struggles that change is possible with the right support.

You might want to pay forward some kindness by joining the so-called #2020TipChallenge and spreading some extra love in your community, without asking for anything in return.