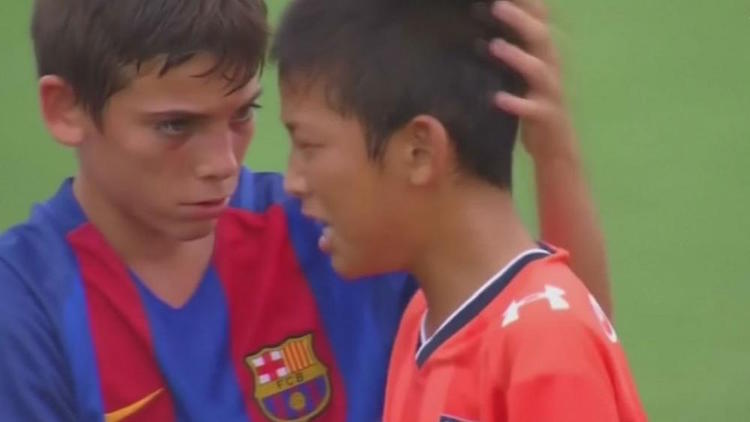 These footballers may not even be teenagers yet, but that hasn’t tarnished their sense of sportsmanship in the slightest.

The Barcelona youth soccer team were playing a game against the Japanese in Tokyo for the U-12 Junior Soccer World Challenge 2016 in August.

The Spanish players won with a spectacular 1-0 victory, but they couldn’t help but notice that their triumph came at a price: the Japanese players were crushed.

LOOK: Burned as a Boy, 11-Year-old Monk Wants to be ‘Greatest Lama’

After their defeat, some of the children were crying, shaking, or simply crumpled on the ground in heartbreak.

That’s when Barcelona showed that they were not only talented, but kind-hearted as well.