Home All News Inspiring Watch the Tender Moment When Elvis Reaches Out His Hand to Sing... 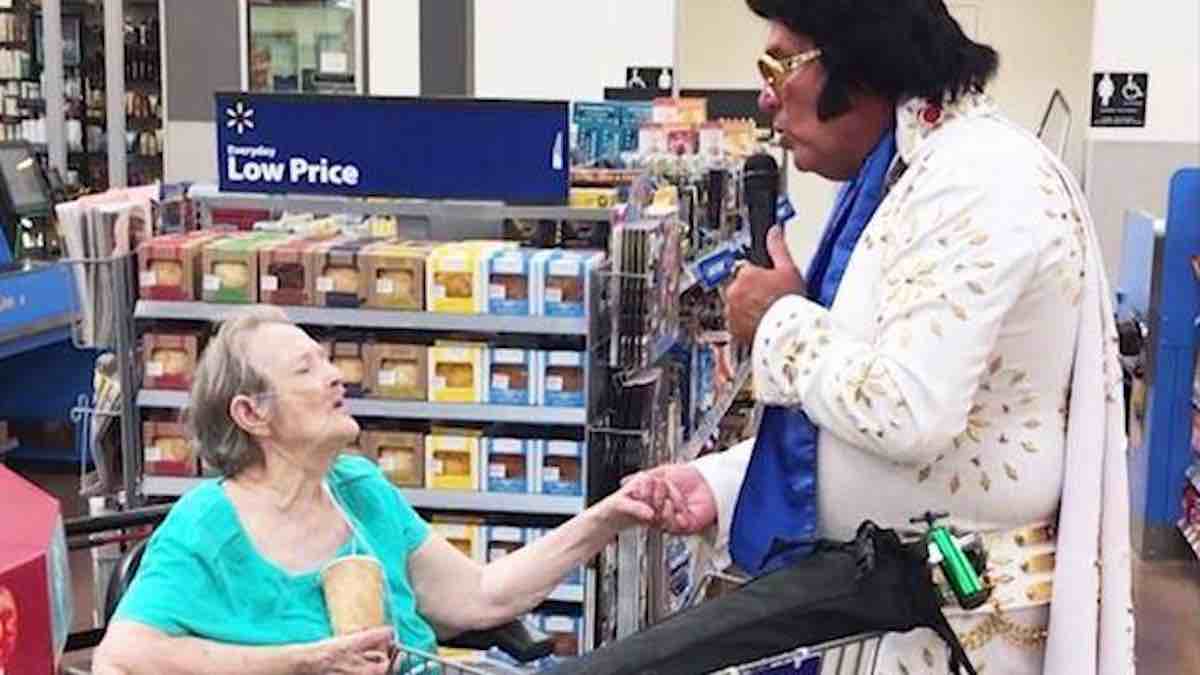 Internet users can’t help but fall in love with this touching video of an Elvis Presley impersonator reaching out to an older woman last month.

In this heartwarming clip from Caters News Agency, The King can be seen meandering through the aisles of a Walmart in Rogers, Arkansas. With microphone in hand, the impersonator sings Presley’s tune of “Can’t Help Falling in Love”.

At first, the singer jokingly serenades the bald head of a customer, much to the amusement of the other patrons. Then he turns his gaze upon the woman in a motorized shopping cart.

Captivated by The King, the woman tenderly holds his hand as they both sing along to the ballad.

WATCH: Pitcher Runs, Not to Cheering Teammates but, to Comfort the Batter After Season-Ending Strike-Out

Walmart shopper Don Luper quickly pulled out his phone so he could film the spellbinding exchange.

“It seemed like the lady was taken back in time and was singing to the King himself — it had clearly made her day,” Luper told Caters. “The other customers around me couldn’t believe what they were seeing. They seemed like they were in love with the moment.

“This experience made me think of my own grandma and how much she was a fan of Elvis. It reminded me how much his fans loved him when he was alive and performing his concerts. It was nice to see that the love still exists today in his fans,” says Luper.

After Luper was done filming, Presley gave his blue scarf to the woman, kissed her on the cheek, and she thanked him for the magical moment.

Don’t Be A Hound Dog: Share This Sweet Story With Your Friends – Photo by Caters News Agency