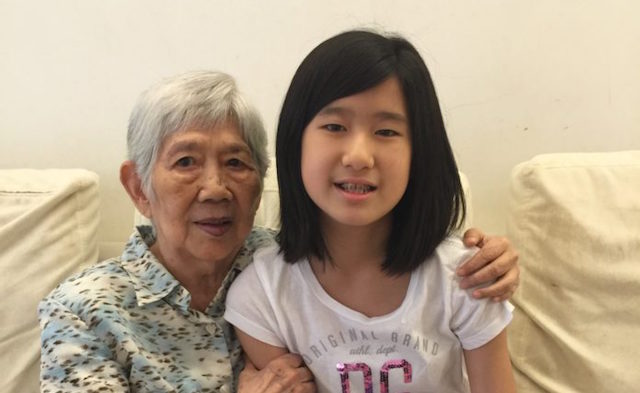 Emma Yang had become increasingly frustrated trying to communicate with her grandmother suffering from Alzheimer’s disease.

The teen had a hard enough time keeping in touch because of the distance between her home in New York and her grandma in Hong Kong.

After the elderly woman forgot Emma and her dad’s birthdays, the cogs in her young brain started to turn – what if there was an app that could help dementia patients keep track of events, faces, dates, and information?

The innovative teen talked to dozens of elderly victims in order to create solutions for problems that already plagued every patient.

The app has lots of unique features, including a facial recognition algorithm that can assign names and relationships to pictures of loved ones; there is a Today section that has the time, date, weather forecast, and events listed in a comprehensive schedule, as well as a notification system that will let patients know if they are trying to call someone that they have already contacted in the last five minutes.

“The concept behind my idea is that we can allow technology to do what it’s good at, such as facial recognition, and use it to solve problems that we cannot solve ourselves,” Emma told Tech 50+. “The potential for technology to be able to help my grandmother, and others suffering from Alzheimer’s along the way, is what inspired me to create Timeless, because despite the difficulties of the illness, Alzheimer’s patient too should be able to cherish the timeless moments in life.”

The teen, who received one of the “Ten Under Twenty” innovation awards at the 2016 CE Week conference, is still in the development stages of the app with financial backing from the Michael Perelstein Discover Your Passion Scholarship awarded to her last year—but she hopes to release the app by the end of the year.

(WATCH the App demonstration below)