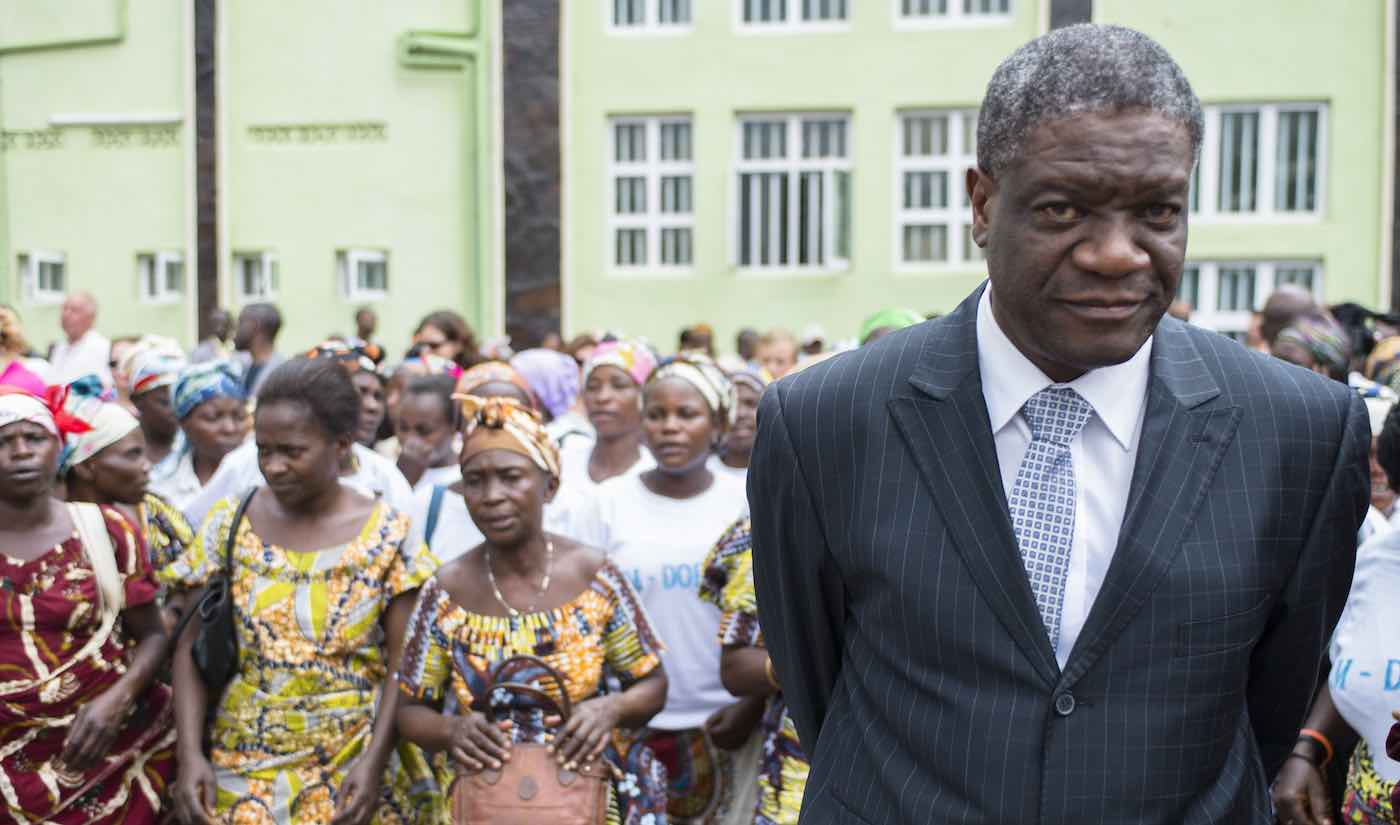 The Nobel Committee has awarded the 2018 Nobel Peace Prize to Denis Mukwege and Nadia Murad for their efforts to end the use of sexual violence as a weapon of war amidst armed conflict.

The laureates have “made a crucial contribution to focusing attention” on the problem by not only combatting the crime, but, healing the victims.

Nadia Murad is herself a victim of war crimes. She refused to accept the social codes that require women to remain silent and ashamed of the abuses to which they have been subjected. She has shown uncommon courage in recounting her own sufferings and speaking up on behalf of other victims.

Dr. Denis Mukwege has put his own life at risk for decades in order to aid the formerly voiceless victims of wartime violence. Kate Grant, a longtime friend and colleague of Mukwege, paid tribute to the extraordinary physician in an email to GNN.

LOOK: Muslims Take Out Full-Page Newspaper Ad to Denounce Anti-Semitism Against “Our Jewish Sisters and Brothers”

“I have been privileged to know Dr. Denis Mukwege for nearly a decade,” she wrote. “When Fistula Foundation adopted a global mission in 2009, he became our very first partner. We have been proud to support his work with more than $2.3 million in grants that help him restore health to thousands of women who have suffered from traumatic fistula incurred as a result of sexual violence.

“Since the announcement in October that he would receive the 2018 Nobel Peace Prize, Fistula Foundation has established the Denis Mukwege Fistula Fund to support his future work, for which nearly $200,000 has already been raised. Our community has also celebrated this news, collecting more than 700 messages of congratulations and well wishes via an e-card. Some of the signatures are from grateful champions of his work from 36 countries around the world.

“He is truly a remarkable man, and it has been a pleasure to get to know him well over the last decade. The son of a Pentecostal minister, Dr. Mukwege is a quietly devout man who told me at our very first meeting that he wanted to do with his hands what he felt that his father had done with his words: make the world a better place.

WATCH: After Man Plays His Cello at Bomb Site, He Spurs Citywide Movement to Combat Violence With Music

“And he truly has. His 400-bed Panzi Hospital is a beacon of healing and hope to women who have been traumatized by decades of war. It has been said that the Democratic Republic of the Congo is the worst place in the world to be a woman, and if you hear Dr. Mukwege share the stories of women and young girls, you will know this is true. He and his staff work day and night to heal these victims—body and soul.

“What Dr. Mukwege does is important, and dangerous. He is a global force, using his voice beyond the walls of Panzi Hospital to speak on the world stage to denounce the crimes of armed groups that have operated in DRC for more than two decades. He has been targeted by assassins who took his daughters and wife captive. Yet, this remarkable champion of women perseveres.

“Every day, he serves as my North Star. His portrait has hung on the wall next to my desk for nearly as long as I’ve known him. In a white doctor’s coat and a lapel pin that says ‘Do not stand idly by,’ he reminds me every day of the sacrifices he’s made to give the voiceless a voice, and return their health and hope.

“Join the 700+ others from around the world who have already left a message for Dr. Mukwege on our e-card: add your name and message, which will be delivered to him after the Nobel Ceremony on December 10th.”

Kate Grant is CEO of the Fistula Foundation, based in San Jose, California and dedicated to ending the suffering caused by obstetric fistula.

(WATCH the video below) – Photo by the Fistula Foundation