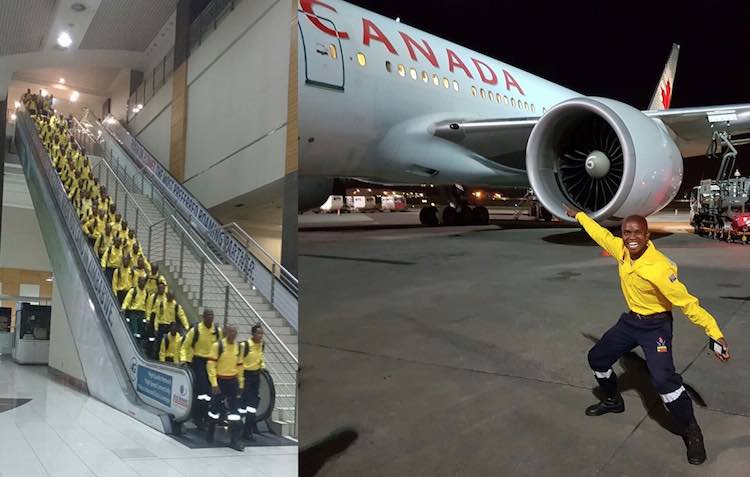 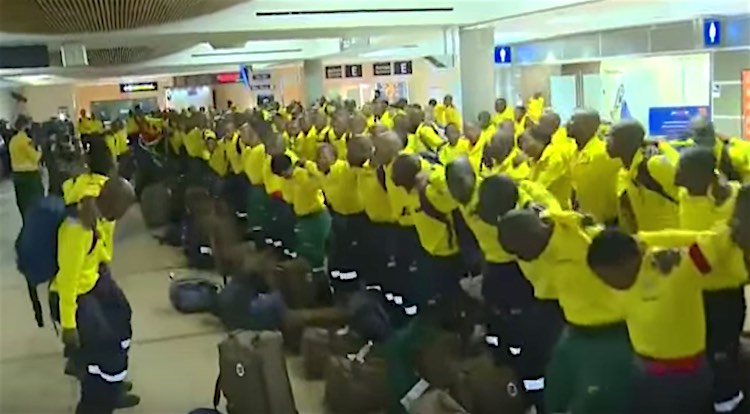 Nearly 300 South African firefighters landed at the airport in Canada to inspire hope for a nation fighting against a massive wildfire, not only by their presence but with their voices as they broke into song before joining their Canadian brothers on the front lines.

As the firefighters filed into the Edmonton airport, a man who had been evacuated from his town because of the blaze personally thanked each member of the team for traveling halfway around the world to help.

CHECK OUT: Firefighters Pay it Forward Big Time, After Waitress With Heart of Gold Picks Up Tab

The firefighters, part of South Africa’s Working on Fire program, had just completed a 20 hour flight and were waiting to head out to join Canadian and American crews battling the massive Fort McMurray fire in Alberta when they launched into their native singing. Members say the musical dance line helps them bond.

Working on Fire is known for giving young people jobs and training while providing protection from wildfires in South Africa.

(WATCH the video below from the Associated Press) — Photos: Working on Fire, Facebook