Home All News Kids This 5-Year-old Paid Off Lunch Debts for 123 Classmates Simply By Selling... 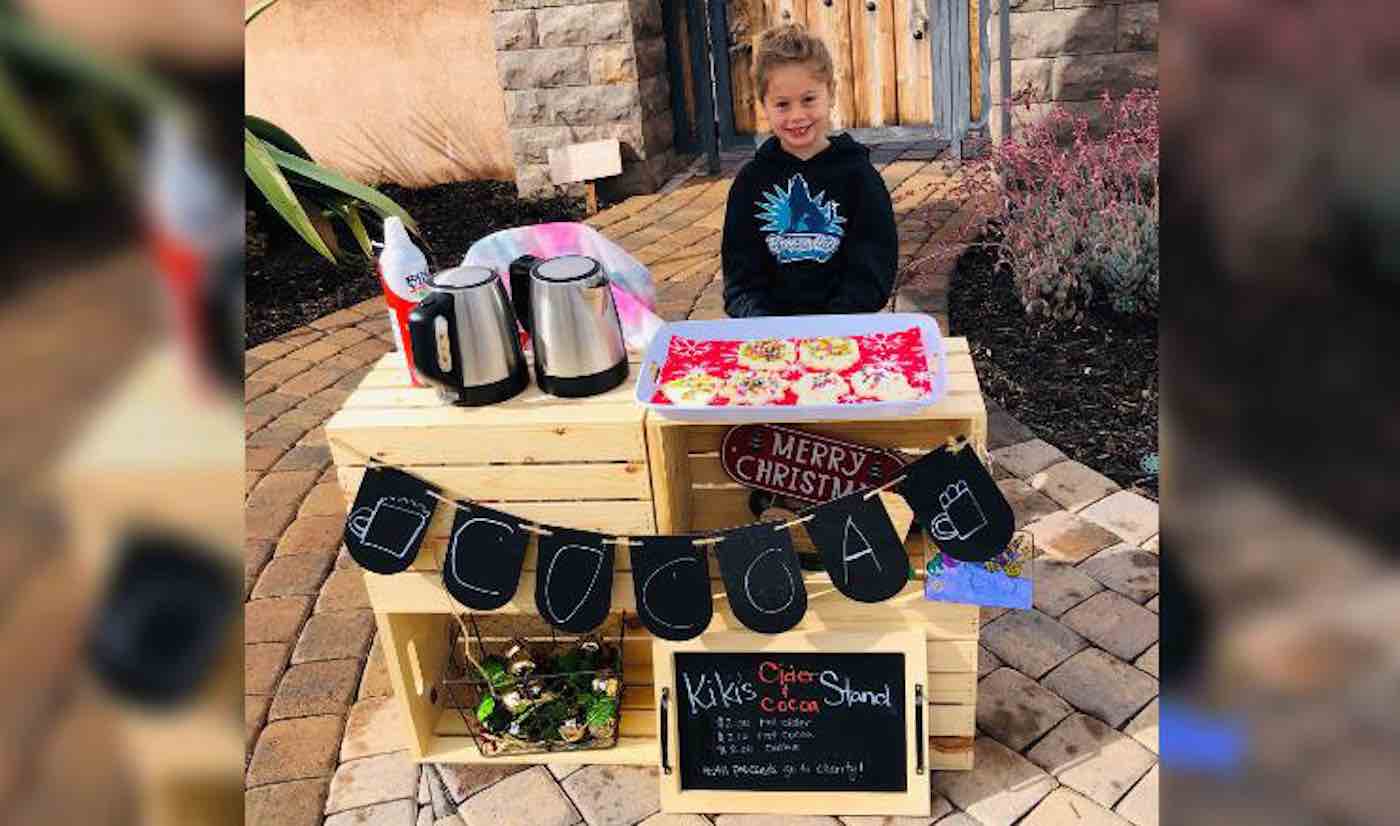 This 5-year-old girl has succeeded in paying off the outstanding lunch debts of her classmates simply by selling cookies and hot cocoa.

Katelynn Hardee was first inspired to peddle her baked goods after she overheard a student’s mother talking about how she was unable to afford an after-school program for her child.

Katelynn’s mother Karina then had to explain to the confused youngster that some parents did not have the same amount of money as other parents—which is why some families may not be able to enjoy the same kind of benefits and freedoms as the Hardee family.

WATCH: 11-Year-old Crocheting Prodigy is Raising Thousands of Dollars for Orphans–One Stitch at a Time

Since Katelynn ran a lemonade stand over the summer, she immediately resolved to set up a cocoa and cookie stand to raise money for her classmates at Breeze Hill Elementary School.

For three hours, the kindergartener stood outside on the streets of Vista, California until she had successfully sold all of her cookies and cocoa packets for a grand total of $80.

By the time she had finished and donated the money to the school, she had raised enough money to pay off the outstanding lunch debts of 123 students.

CHECK OUT: Kids Are Hailed as ‘Junior Detectives’ After They Successfully Track Down Missing 97-Year-old With Dementia

“Everybody is just so proud and happy and other students are already talking about ways they can also make a difference,” Breeze Hill Principal Lori Higley told CNN. “It goes to show that even one small, kind act from a 5-year-old can mean the difference for someone in their life.”

Katelynn now plans on raising enough money to pay off the outstanding lunch debts of her entire school district.

“It’s all about kindness,” added Ms. Hardee. “Especially this holiday season, and with everything that’s going on in the world, we just need a little bit more kindness out there.”