Home All News Inspiring After Homeless Man Collapsed She Kept His Cart Safe When Paramedics Refused... 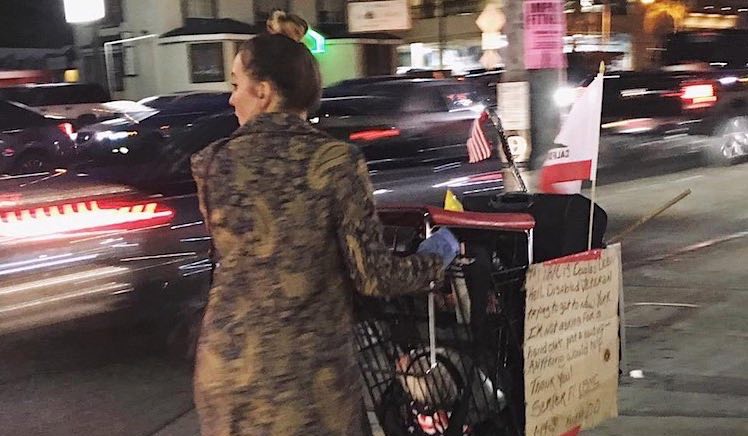 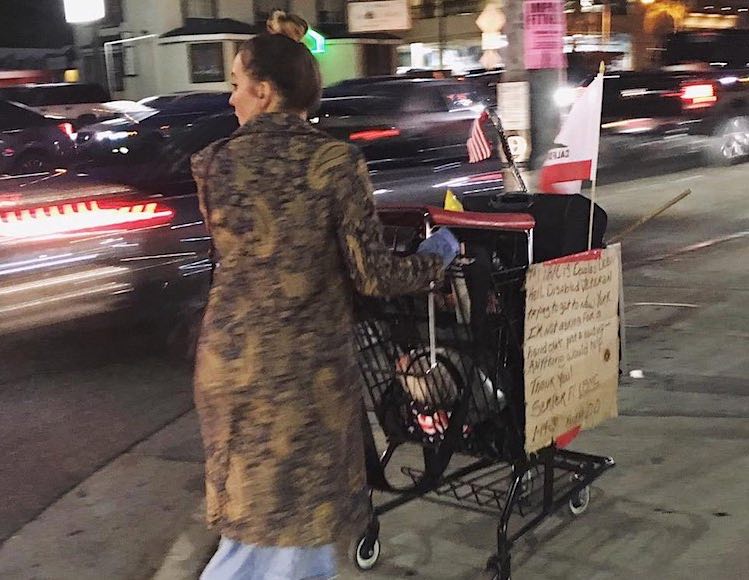 Dana Lee Calabrese was walking to dinner in Hollywood when suddenly a homeless man collapsed in the street right front of her—and it was fortunate for him that he did.

She and her cousin called 911, as anyone might, but when paramedics arrived she cared just a little bit more. She wondered what would happen to the man’s suitcase and small number of belongings and asked the EMT crew if they would be taking the cart. Their response “sent chills down my spine,” she recalls.

“No, are you? A million more dominoes fall a day around here.”

The sign on his cart identified the man in his fifties as a U.S. Marine Corps Veteran named Douglas Dean Hall. The idea of this veteran with a prosthetic limb being treated with disrespected spurred Dana to uncommon valor. She gave the crew her phone number and instructed them to make sure he got it.

Then the Los Angeles woman in her 30s went trudging off down the street pushing the cart with everything the homeless man owned inside.

After she didn’t hear from him, and not knowing if he’d even gotten her phone number, Dana launched a plea on Facebook to help locate the man. It took weeks but finally a reply to her post: “I found him. He is on Highland & Hollywood.”

Maryam Ramezani saw Dana’s original social media post and was reading every homeless sign. “As I saw his name, I couldn’t believe my eyes.”

So, Dana and her husband, and a neighbor, headed to the area, and split up to find the veteran, who was told to stay in the neighborhood because she would be looking for him to return his stuff.

“I had hid the cart in the garage of my condo building,” Dana, who is a creative director, told Good News Network.

“So I was rolling the cart down to the meeting place, and I saw him coming from across to street towards me and I basically just started jumping and clapping cause I was so excited. I was screaming out his name, “DOUGLASSSS!”

“He was looking at me really excitedly but he also looked confused, because I don’t think he actually believed that someone held onto his stuff.”

“He cried several times—and at one point he screamed ‘God is good!’ at the top of his lungs,” she said by telephone. “He just kept telling me that I was an angel and kissing me on the top of my head.”

CHECK OUT: Woman Tracks Down Sperm Donor, Falls In Love With Him, And Marries Him

If that isn’t enough proof that Dana is indeed an angel, listen to what she did next: 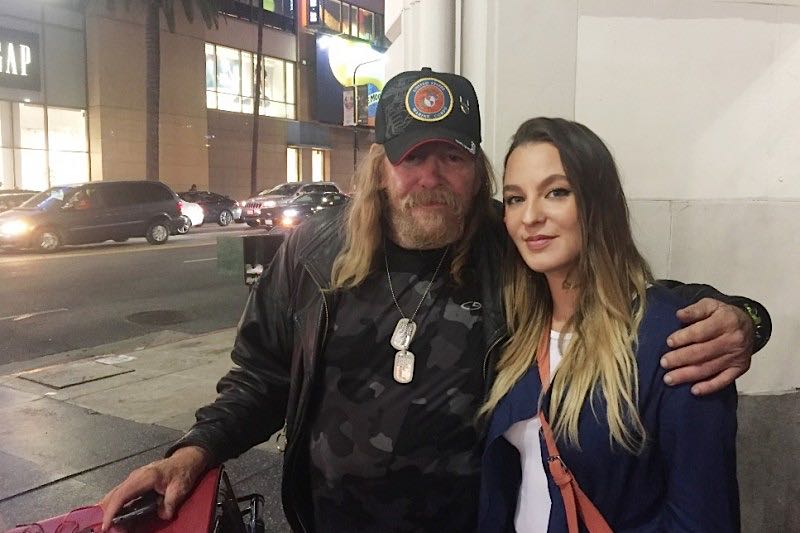 “His sign said that he was looking for funds to get to New York. I’m from New Jersey, and I have a lot of friends on the east coast. So when I met him, I said ‘Are you still trying to get to New York?’ He said yes, so I said, ‘Okay, well we’re going to make that happen’. And then when I went home that night I set up a Go Fund Me page.”

It met it’s goal in 24 hours. So far, Dana’s friends–and other people she didn’t know–have donated $1,300 to buy him the cross-country train ticket, along with food and anything else he might need when he gets to the Big Apple.

“I asked him if he had family there and he said he had a lot of good friends there so he just really wanted to go back,” she said.

“I’m actually just overwhelmed by how many people have donated. A lot of the people are actually friends that I’ve known since high school but lost contact with.”

She will probably buy a Visa Gift Card to fill with the money, before meeting him at week’s end. She wants to throw an informal surprise party at an outdoor patio bar on the same corner where he collapsed, to present the gift card wrapped in a box–and celebrate his good fortune.

Support a Veteran…SHARE This GoFundMe page!