Home Instagram Company Founder Surprises Employees With $20 Million: ‘I wanted to show some... 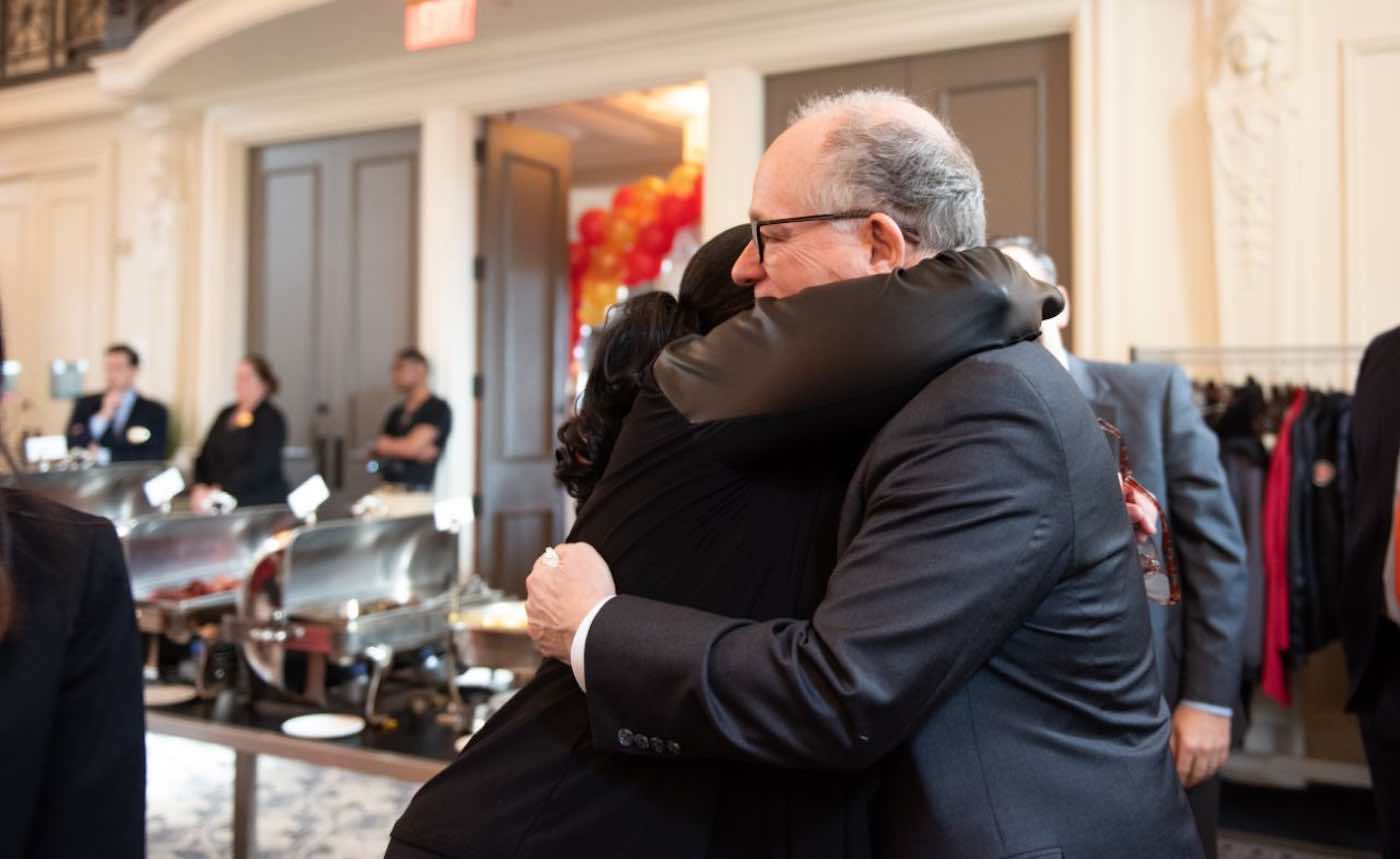 While some employers might be celebrating the season of giving by mailing out some greeting cards, this company founder is going above and beyond to show his employees how much he appreciates their work.

Mark Baiada, the chairman and founder of Bayada Home Health Care, was hosting a staff luncheon for his employees at the Bellevue Hotel in Philadelphia earlier this week when he said that he had a surprise for them.

“I’m taking $20 million, dividing it up and giving it to everybody,” Baiada tearfully told the crowd. “I wanted to show some gratitude to everybody for all the hard work you’ve done taking care of our clients.”

Needless to say, there was not a dry eye in the audience.

The Philly-based private-nursing company is worth $1.4 billion. It currently boasts a staff of 32,000 people who received varying amounts of money based on their seniority with the company. Some long-time staffers were given thousands of dollars, while new hires received more modest sums. Even former workers who retired from the company after 2010 reportedly received checks in the mail.

“I just want to say thank you to them all,” Baiada told CBS Philly. “Thanksgiving is a season of gratitude. You look around your life and say, ‘I’m so fortunate.’”

This will not be Baiada’s only gesture of compassion during the winter season, either – the 71-year-old says that he plans on converting his business into a nonprofit in January so they can start “putting mission over money”.