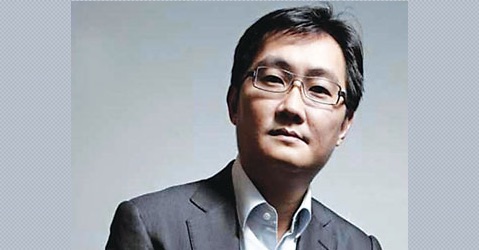 His company may sound like it was named after a dime, but the founder of Tencent is a Chinese billionaire who has just donated billions to charity.

Tencent started as an Internet portal and has grown into China’s largest social network. The entertainment company is one of the country’s “Big Three” tech companies along with Alibaba and Baidu. Ma’s fortune is estimated at more than 18 billion dollars.

His gift mirrors a three billion dollar contribution Alibaba founders Jack Ma — who is not related — and Joe Tsai made in 2014 when they created their own charitable foundation. Jack is the wealthy conservationist who last year bought 28,000 acres of American wilderness in the Adirondack mountains for preservation.

China recently overtook the U.S. as the country with the greatest number of billionaires, but Chinese philanthropy still lags way behind America.

RELATED: Ivory Prices Fall By 50%, as Chinese Demand Dries Up

U.S. billionaires Bill and Melinda Gates and Warren Buffet, created “The Giving Pledge” to encourage the world’s wealthy to bequeath the majority of their fortunes to charity, but Chinese billionaires have been slow to warm up to the idea.

Ma’s announcement Monday — even though he has not signed the pledge — demonstrates that the country’s newly wealthy business leaders are beginning to take philanthropy more seriously.

CHECK OUT: Chinese Teen Takes Paralyzed Dad To College, Cares For Him While He Studies

“After 10 years of exploration and participation in philanthropic activities,” Ma said in a statement announcing the gift, “I increasingly feel that there is a need for a more longer-term, efficient and organized way to give back to society.”

Tencent Holdings’ name, in case you’re wondering, has nothing to do with a dime. It’s a play on the Chinese characters Teng and Xun which loosely translates into “galloping fast information.”