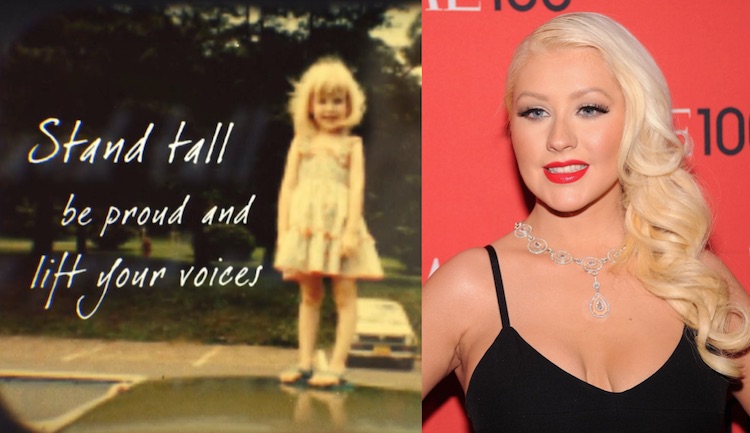 Pop singer Christina Aguilera is promising 100% of the proceeds from her latest song will benefit those who were affected by the Orlando shooting.

Aguilera released “Change” on iTunes yesterday and all money from its sales through September 14 will go to the National Compassion Fund to help with “the immediate and long-term complex emotional and physical needs of these victims and their families.”

Significantly, it’s her first solo release since 2012, and the lyrics touch on themes thousands have echoed since the terrorist attack on the LGBT nightclub early Sunday morning.

“We are all in this together, as one, united in love. xo,” Aguilera tweeted upon the release of “Change.”

“The horrific tragedy that occurred in Orlando continues to weigh heavily on my mind,” Christina began in a note on her official website. “Like so many, I want to help be part of the change this world needs to make it a beautiful inclusive place where humanity can love each other freely and passionately.”

Her contribution is the latest in a growing list of help pouring in for survivors and family members of the central Florida tragedy.

Disney World has donated one million dollars toward victims; a GoFundMe page seeking to raise $200,000 to support those affected has already topped five million dollars, so far. JetBlue offered free airfare for families and partners of the victims while city residents have provided food and lodging, and cars for them.