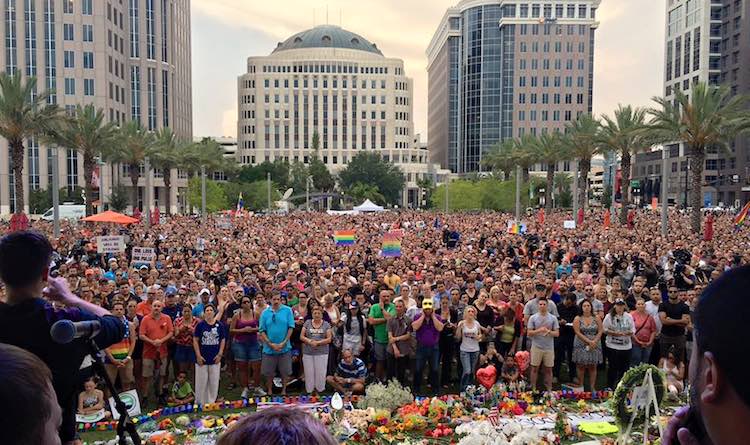 The worst shooting of its kind in U.S. history has brought out the best in thousands of people across Orlando, Florida — with businesses joining volunteers and donors worldwide to offer their support.

After broadcasters announced that doctors were in immediate need of blood donors, thousands of people formed long lines Sunday outside blood banks which triggered good deeds and kindness in a city known for the magic of Disney.

As people waited in the sun, local Sports Authority stores erected tents to shield them from the 97-degree heat while locals began bringing cases of water and cereal bars to distribute throughout the lines that snaked around city blocks.

Fast food chain Wendy’s provided food and drink for hospital workers and handed out meal vouchers to blood donors. Chick-fil-A, famously closed on Sundays, opened for employees around Orlando who wanted to prepare free sandwiches and ice tea to hand out to people waiting in lines, or to emergency personnel still working at the nightclub where the shooting happened.

By midday Sunday, blood banks were at full capacity — unable to store any more donations. Still, donors waited in line — just to schedule appointments to donate at a later time.

Jet Blue, which has a major hub in Orlando, offered free seats for immediate family members and domestic partners of the victims. One caller to a local radio station, who said he couldn’t afford to give money to help victims, offered to let family members stay at his home or use his pick up truck to get around town, for as long as they needed.

Those who could give money raised more than two million dollars in less than 24 hours to help family and partners of the victims. It is the largest and fastest-funded campaign in GoFundMe’s six-year history and had topped three million dollars in donations by this morning.

The shooting happened on “Latin Night” at the popular Pulse nightclub and many of the victims have non-English speaking relatives.

A translation company is making interpreters available for foreign families and is paying lodging for victims’ families.

Marcelo Sano, a Brazilian immigrant in Orlando expressed his joy at being able to help.

“It’s a very sad moment for the city that has hosted me so well,” he wrote on Facebook in Portuguese. “I’m happy to witness these kind acts,” says Sano, who was inspired to give back to the city he now calls home.

With reporting from Terry Turner in Orlando and Joao Freitas in Brazil (Photo: Pulse Orlando, Facebook)