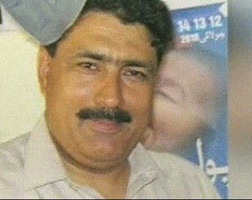 A Congressional resolution has been introduced in the US House of Representatives to recognize a Pakistani doctor, who helped CIA trace Osama bin Laden, as an American hero.

Dr Shakil Afridi was arrested by Pakistan government three weeks after Laden was killed in the US raid for helping to access the al-Qaeda leader’s compound in Abbottabad.

The resolution also seeks his release from the jail.

(READ the story from Indian Express)