Home All News Inspiring eBay Seller is Moved to Tears Over Heartfelt Thank-You Note From 86-Year-old... 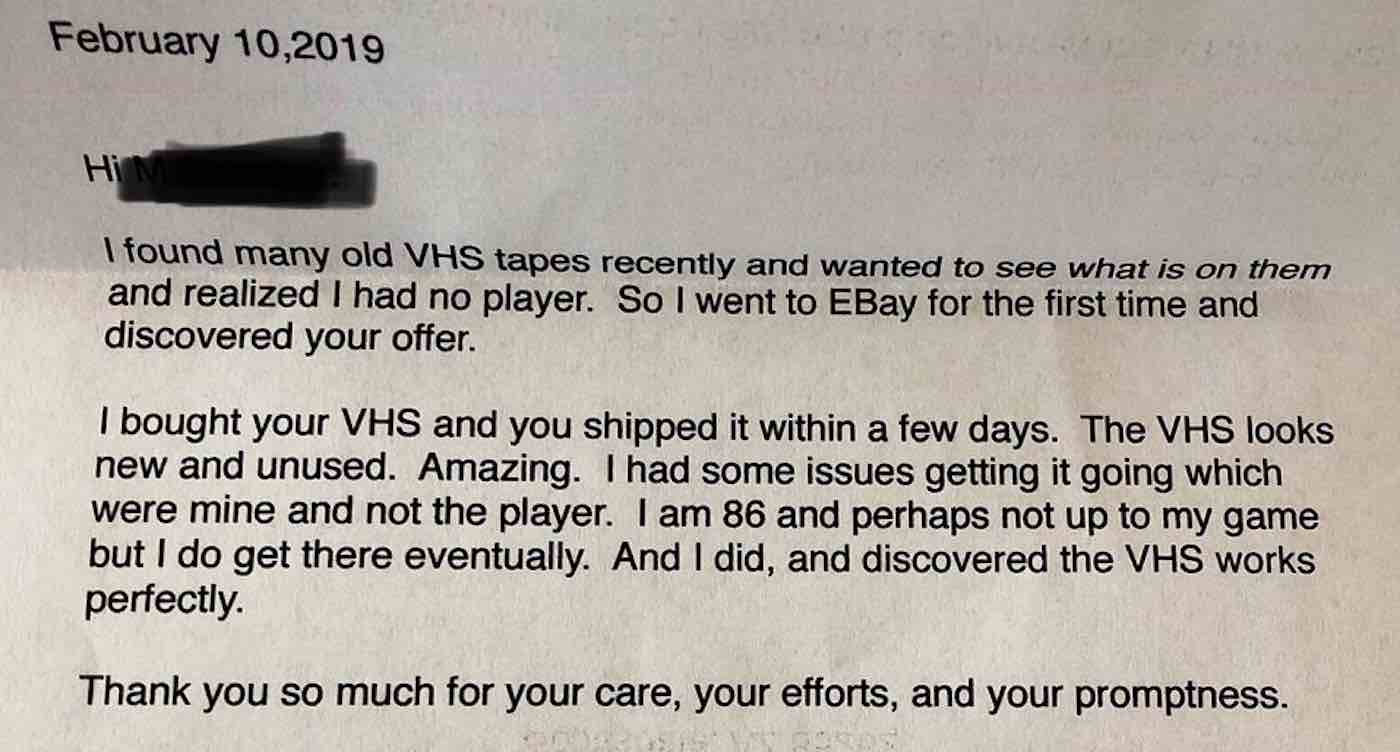 This heartwarming letter from an 86-year-old man is being shared across social media after it was posted to Twitter by an eBay seller earlier this week.

Matt Shoukry has sold plenty of items on eBay from his home in St. Louis, Missouri, but he recently partook in a transaction that was very different from his usual business.

Shoukry sold a VHS player to a man in Phoenix, Arizona for $40. Though most buyers usually leave him an online review, he was surprised when he received a letter from the man who bought the VHS player.

The letter was typed up by an 86-year-old man named Don who offered his heartfelt thanks for selling him the video system.

It had been his first ever eBay purchase, and he explained how happy he was to finally be able to watch his old home movies, from family vacations and birthday parties to videos he had taken with his old friends and acquaintances.

Shoukry says that he only had to read the first few lines of the letter before he called his girlfriend over to read it with him – and it was an emotional experience for both of them.

This person sold their VHS player on eBay and got a surprise letter in the mail: pic.twitter.com/oaLV8dUFqR

“We read it together and we were both on the verge of tears reading it,” Shoukry told KTVI.

The heartfelt letter has sparked a newfound friendship between Shoukry and Don, and the young eBay seller hopes to offer his elderly pen pal much more than a VHS player in return for the letter.

“I’m going to frame (the letter) and put it next to my desk in the house because it means a lot to me,” he added. “I’m [also] going to offer to digitize his videos so he doesn’t have to worry about his tapes degrading.”