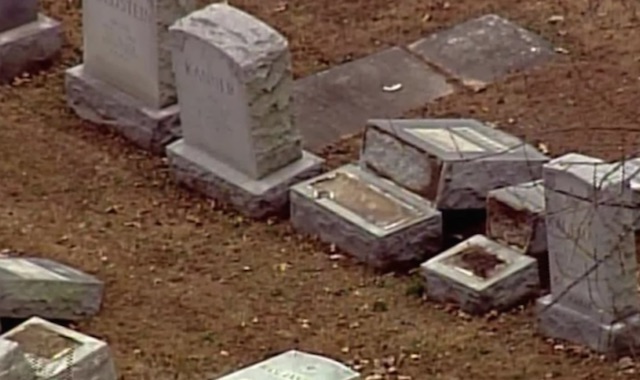 In a compassionate gesture of solidarity, these Missouri Muslims have raised thousands of dollars through an online crowdfunding website to repair the Jewish headstones that were recently vandalized.

Almost 200 Jewish graves at the Chesed Shel Emeth Society cemetery in St. Louis were knocked over or vandalized during President’s Day weekend. When activists Tarek El-Messidi and Linda Sarsour heard about the incident, they were shocked and heartbroken.

So they created a fundraising campaign on Launch Good. Since it was started 24 hours ago, $88,000 has already been raised to repair the graves – over four times the original goal. That equals to about $1,000 raised every twenty minutes.

All the excess money raised through the campaign will go towards assisting other damaged Jewish properties and centers nationwide.

“Through this campaign, we hope to send a united message from the Jewish and Muslim communities that there is no place for this type of hate, desecration, and violence in America,” reads the fundraising page. “We pray that this restores a sense of security and peace to the Jewish-American community who has undoubtedly been shaken by this event.”