Home All News Animals Fishing Family Shocked to Rescue Young Bobcat From Drowning in the Middle... 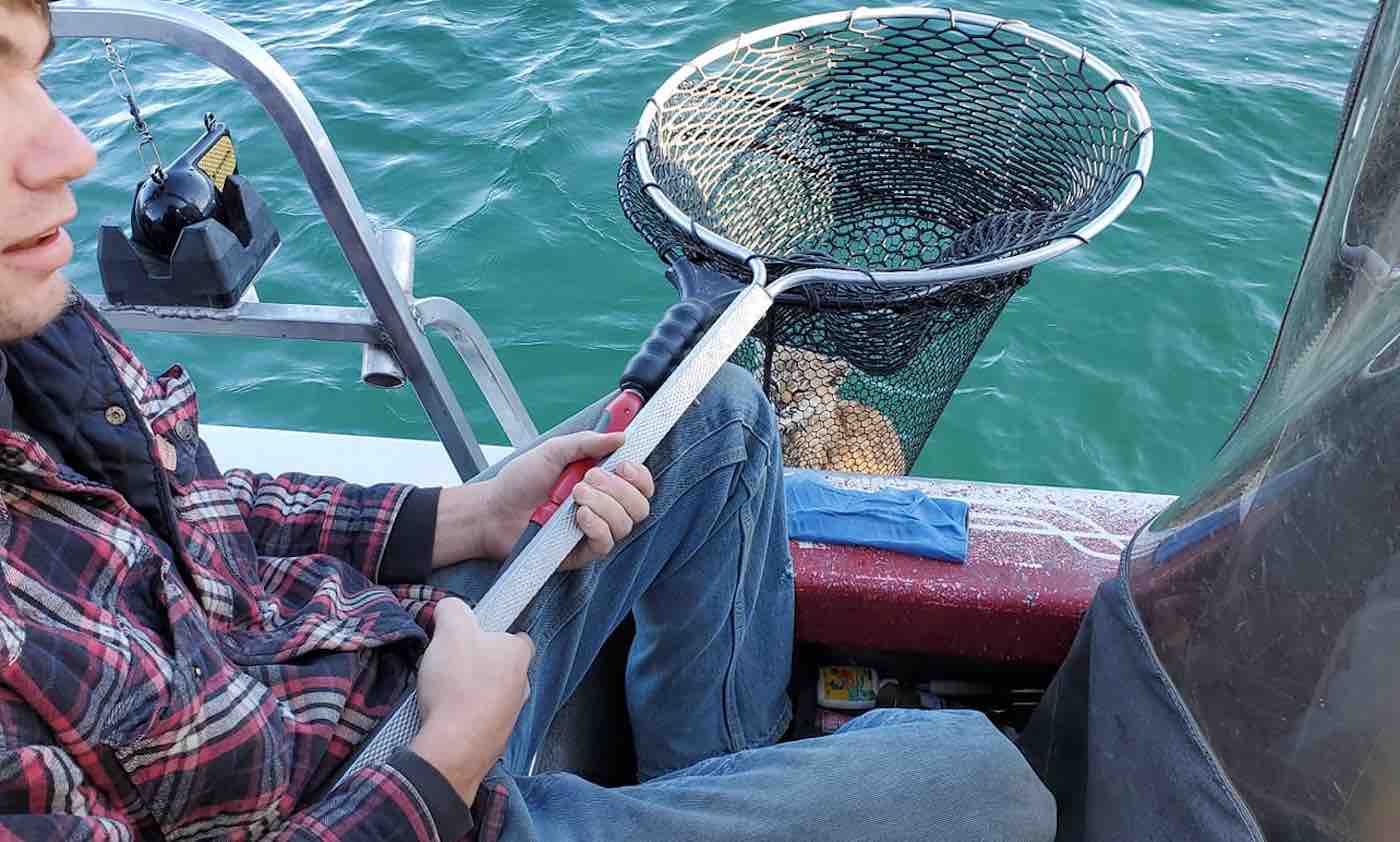 This Montana family had been out on their boat for a fishing trip earlier this week when they made the catch of a lifetime.

The Herefords had already motored far away from the shore of Flathead Lake when they spotted something adrift on the surface. Upon approaching the figure in the water, they said they were shocked to see it was a young bobcat struggling to stay afloat.

As Brett Hereford grabbed a fishing net to save the critter, his father Bob pulled out his phone to film the astonishing rescue mission.

The bobcat, shivering and exhausted, was able to get a quick respite from inside of Brett’s net before the family traveled back to shore to set it free on dry land.

According to Cindy Benson, a fishing expert who had spoken to the Hereford family after the rescue, the young feline might not have survived the chilly lake waters, had it not been for the fishing family.

“They believed that if they didn’t net it, it was going to drown,” Benson told the Missoulian. “It looked really tired.”

Though Bob has not been reached for further comments on the story, he wrote in a Facebook post that it was a “great day” that he would “never forget”.