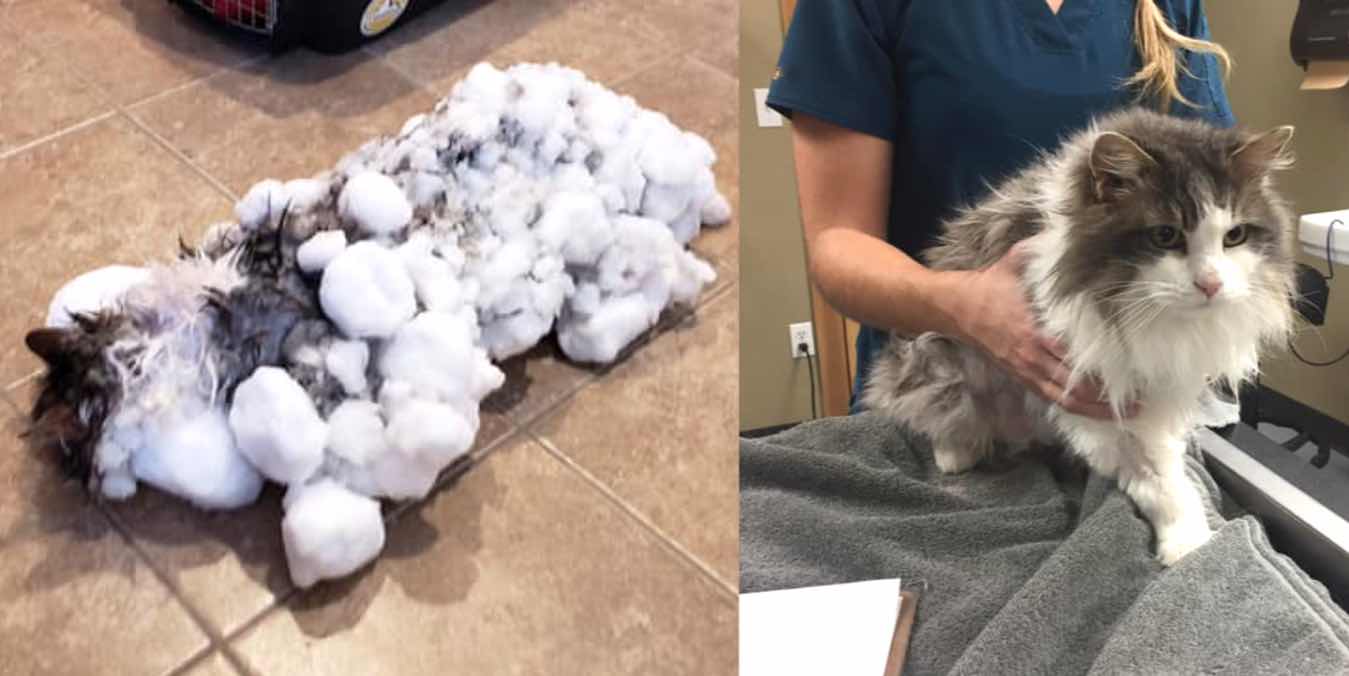 After a heart-stopping rescue from an icy Montana snow bank, animal lovers are rejoicing over this cat’s miraculous recovery.

Earlier this week, Fluffy the cat’s owners were horrified to discover their beloved feline buried in a snow bank amidst temperatures that had fallen to 8ºF (-13ºC).

With 16 inches of powder already on the ground, Fluffy’s fur had become a matted coat of ice and snow. By the time her owners brought her into the Animal Clinic of Kalispell, her temperature had fallen dangerously low and she had become unresponsive.

Clinic staffers spent the following two hours surrounding their feline patient in warm water and blankets. When her condition failed to improve, she was taken to the emergency room and given further treatment.

After a few more hours, she finally began to show signs of improvement.

The clinic later posted a shocking before-and-after photoset to Facebook in which they showed off Fluffy’s stunning recovery.

Though the cat has been returned to good health, Fluffy’s owners told ABC News that she is apparently now strictly an indoor car.