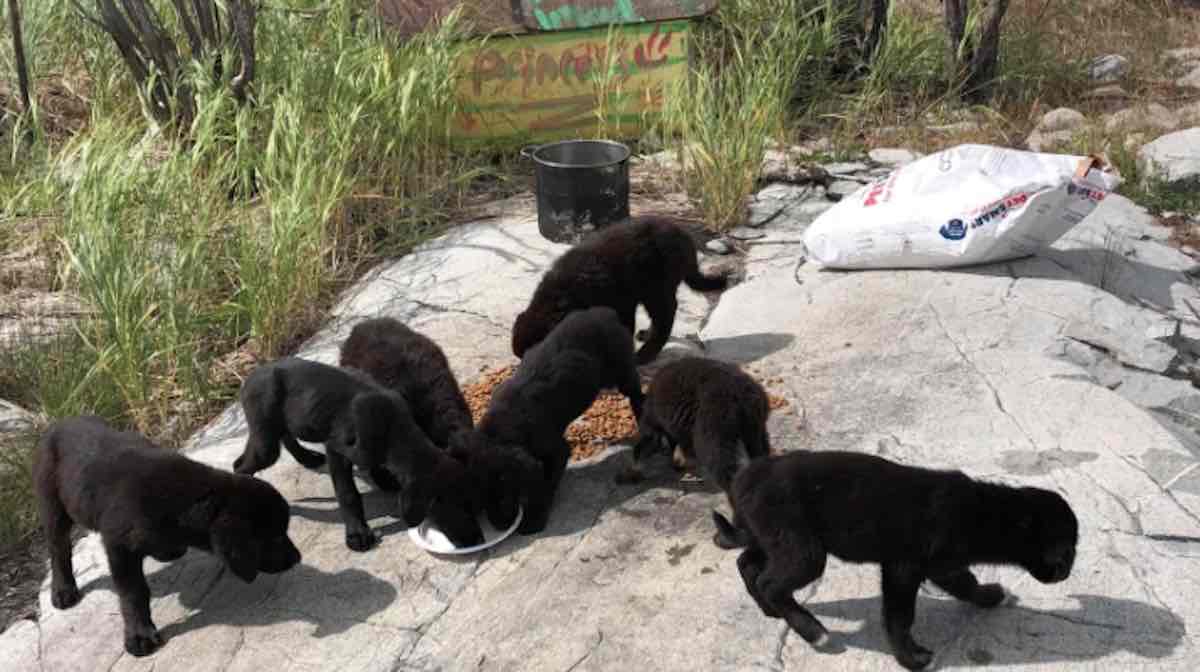 The only thing that could make the Gilligan’s Island television show more enjoyable is if all of the characters were replaced with dogs.

But even though that spinoff might just be a pet lover’s pipe dream, this litter of puppies are in the limelight for their stunning similarity to the 60s TV castaway crew.

A group of cute young pups – four boys and three girls – were rescued from an uninhabited island near Cross Lake, Manitoba earlier this week.

Several rescuers from the Norway House Animal Rescue sailed to the island with food and water so they could ensure the pups were in good health before transporting them to the mainland. The furry castaways reportedly ate an entire bag of dog food in a single day.

No one knows how the 4-month-old dogs ended up on the island, but they were only discovered after a boater decided to investigate the noises he kept hearing from the lake.

“He actually heard them the night before. He and his friend were out and it was getting dark already, and they heard some noises on the island,” Deb Vandekerkhove, director of the rescue organization, told CBC. “They took their binoculars and they couldn’t see anything but some dark shadows, and they heard a bunch of crying. They thought originally it was wolves.”

Rescue volunteers will be driving the puppies 310 miles (500 kilometers) south from Cross Lake to Winnipeg this weekend so they can be evaluated at the shelter and put up for adoption. The rescuers are also happy to say that despite initially being somewhat skittish around humans, the pups are becoming much more social.

As for how the pups will be named, Vandekerkhove plans on naming them after their TV show counterparts from Gilligan’s Island.

“As we meet them, we will attach their names based on their personality — you know, who’s the goof, who’s the boss,” she said.

(WATCH some of the rescue footage below)