Home All News Inspiring Homeless Man Offered a Job After Expressing His Gratitude Toward Jogger Who... 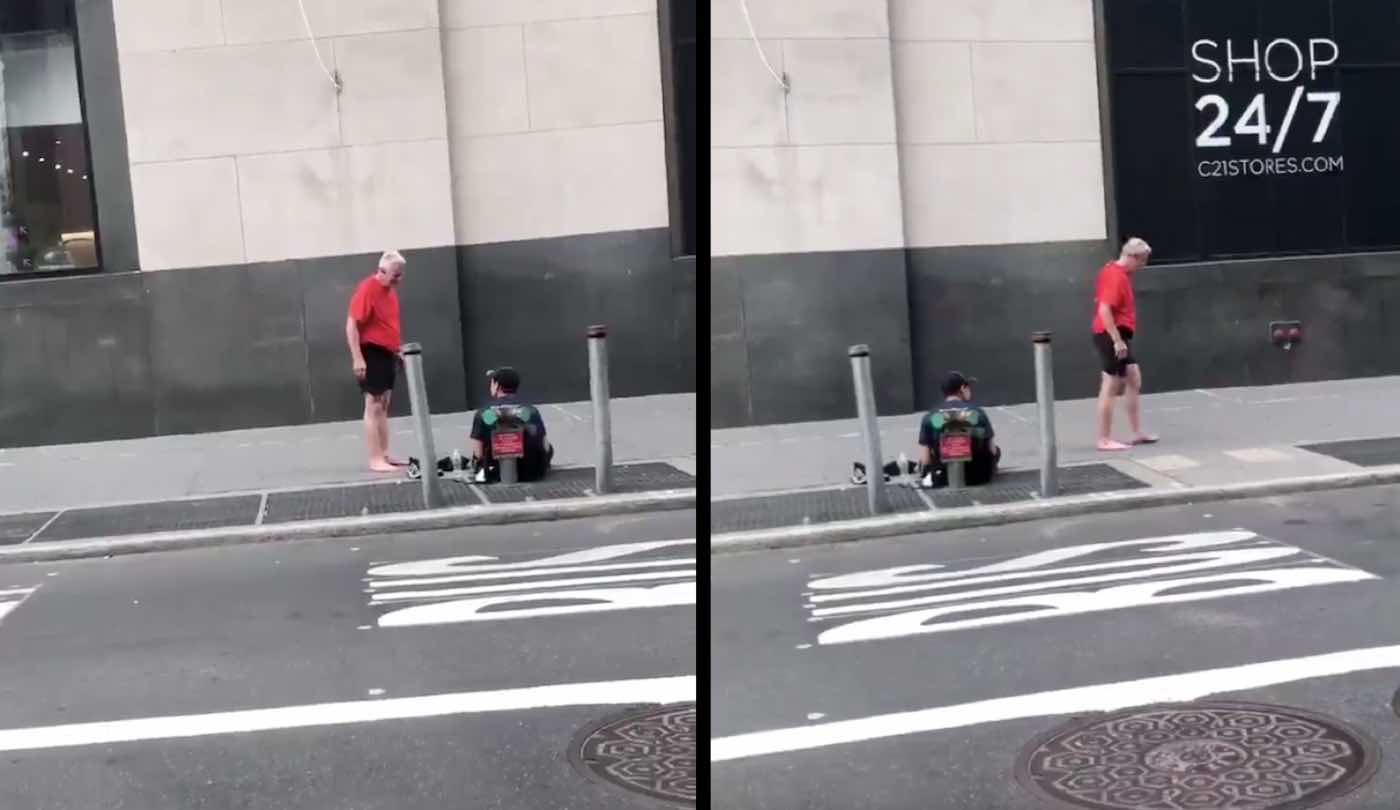 It was 9am in the WTC area, I watched as a jogger took off his sneakers, gave them to a homeless man, & walked the NYC streets barefoot.

“Our character is what we do when we think nobody is looking.” ❤️ pic.twitter.com/LT9dnMdHo0

This homeless man has been given a new lease on life thanks to a simple act of kindness from an anonymous jogger in New York City.

30-year-old Joe Arroyo had been sitting on a sidewalk in Lower Manhattan earlier this month with a cardboard sign explaining how he was homeless, hungry, and wearing broken shoes.

When a passing jogger noticed Arroyo’s sign and the holes in his shoes, the man stopped, took off his shoes and socks, handed them to Arroyo, and walked away barefoot.

Needless to say, Arroyo was shocked.

“I never thought somebody would come out and take their shoes off and just give them to me,” Arroyo told WABC. “[He said] ‘I’ve been blessed my whole life, God has been very nice to me, I feel like I should bless you too’ and he took off his shoes and gave them to me.

“I wanted to hug the guy but a homeless man hugging someone out here is not normal,” he added.

A woman who had been seated in a nearby taxi cab was stopped at a red light when the exchange took place. When she happened to look over and see the man taking off his shoes, she took out her phone to take a video.

RELATED: Homeless Dad Receives Flood of Support After Woman Tried to Facebook Shame Him for Sleeping in McDonalds

She later uploaded the video to Twitter where it has since been viewed almost 100,000 times. Not only that, it prompted local reporters to interview Arroyo about the shoes.

Arroyo used the news coverage as an opportunity to express his bottomless gratitude for the unidentified man and ask viewers for a job.

As fate would have it, a local entrepreneur saw the interview and contacted reporters so he could offer Arroyo a job.

(WATCH the emotional news coverage below)