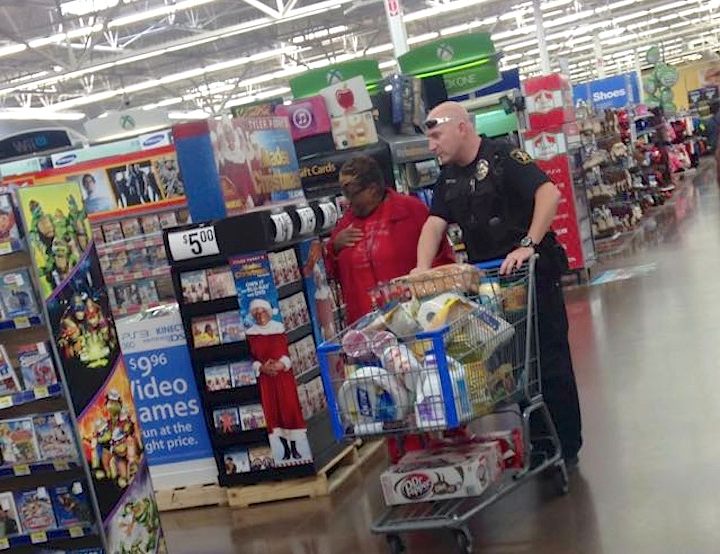 Officer John Holder and 73-year-old widow Dorothy Shepard have formed an unlikely friendship, after multiple surgeries left her recovering on her own.

Six months ago, Holder was sent to visit her on a well-visit and left her his cell phone number to call if case she “ever needed anything.” Since then, he has taken her to doctors appointments and to run errands, mostly while he was off-duty. No one in the DeSoto Police Department knew about the kind acts of their Texas colleague until a random shopper took a photo of the pair side-by-side with Holder pushing a cart full of groceries. And, now the world knows about it because the photo was posted on Facebook and thousands of people responded, sharing the touching image.

Jessica Huerta, who snapped the picture, said on the Desoto PD Facebook page, “I’m so glad I caught the awesome moment to share with everyone! It was just a day before thanksgiving and it just made my day!”

Even though Officer Holder didn’t want any attention for his actions, their bond of friendship has been featured on news stations around the world.

(WATCH the video below or READ the story from WFAA)