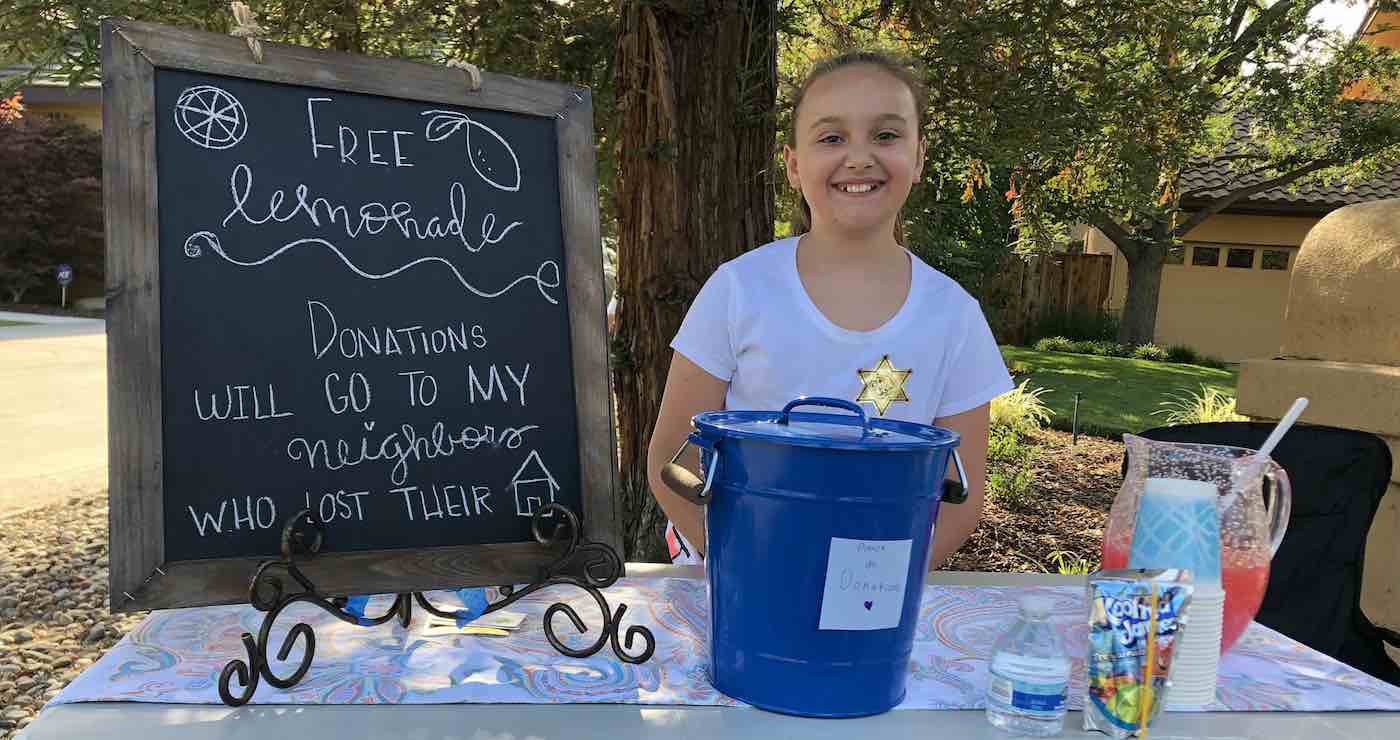 A family who lost everything in a house blaze has been humbled by their ten-year-old neighbor who raised a surprising about of money on their behalf by serving homemade lemonade.

Kayley Cross, 10, was devastated when she saw flames destroy the home of Brooke and Josh Rummonds while they raced to safety with their young sons.

The fire, which started in bins outside their Fresno home, destroyed all their possessions. Two days later, Kayley sat across from the building’s remains and sold 100 cups in return for donations, raising $1,000.

People drove from far and wide to donate cash, after hearing about dedicated California youth.

The Rummonds are being helped by friends and family—but said Kayley’s thoughtful gesture touched them the most.

“We know our neighbors really well,” said Kayley. “I sat on the front step and watched the fire, and wanted to help in some way.”

RELATED: Teen Girls Have Raised Over $1.5 Million for Clean Water Simply By Embracing Their Love of Origami

She had already planned to raise money for a dog shelter, but after the fire, she chose to donate that money to the Rummonds instead.

“We didn’t expect so many people to donate so much money,” said the young philanthropist.

“We saw our neighbors come out their homes and instinctively rally to our side and look after us,” said Mrs. Rummonds. “That spirit of friendship was summed up in Kayley, who is a wonderful girl.”

“It’s going to be hard for a while, but we’re so humbled by these wonderful people who’ve come together for us in such a big way.”