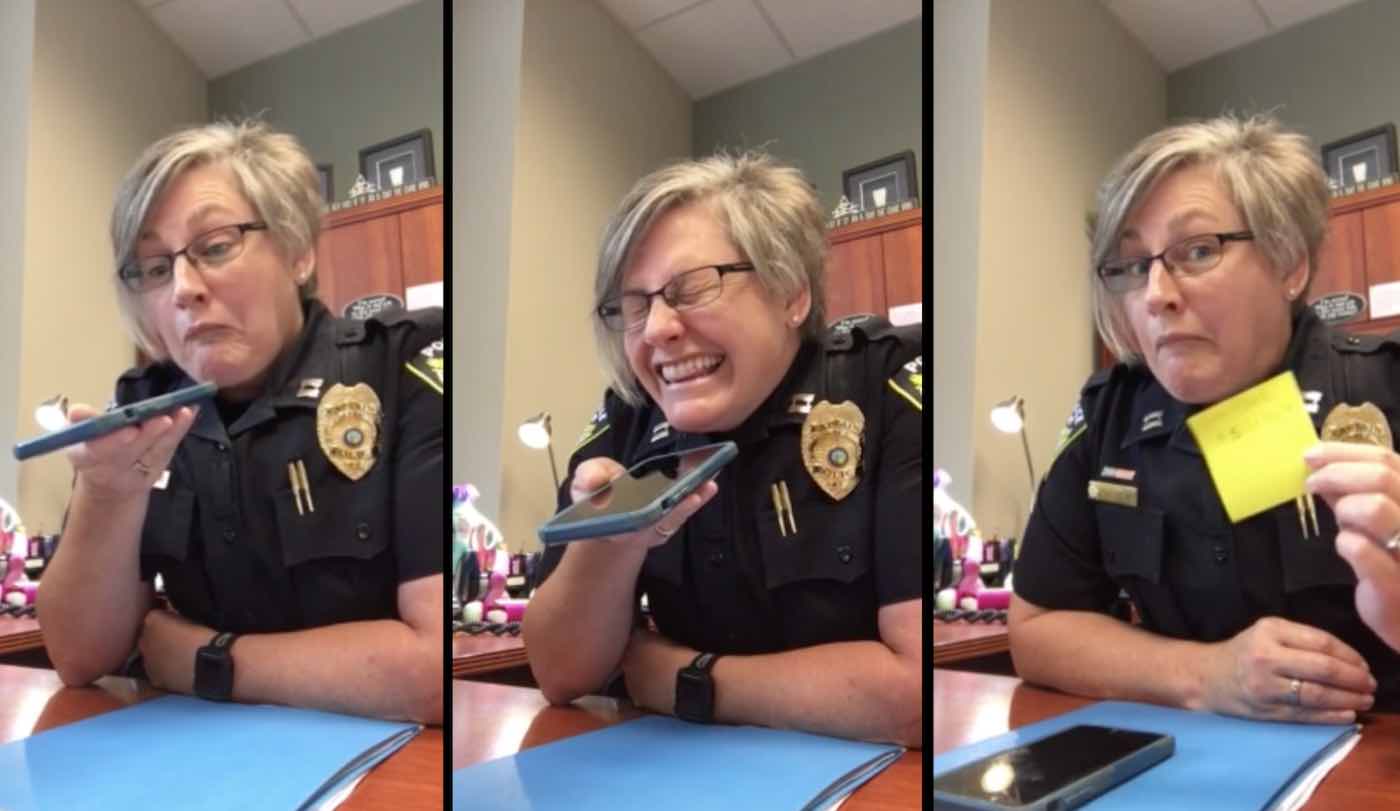 Many people have been subjected to calls from phone scammers pushing various schemes and stories—but this one particular scammer made the mistake of calling a North Carolina police officer.

In a video that was uploaded by the Apex Police Department last week, Captain Ann Stephens can be heard talking on the phone with a man pretending to be a law enforcement officer threatening her with arrest.

At the start of the video, one of her fellow officers says that the department has recently been receiving an influx of scam calls—so Stephens decided to have a little fun with one of the scammers and turn it into a learning opportunity for the department’s social media followers.

After trying unsuccessfully to get Stephens to give him her personal information, the scammer threatens to cancel all of her bank accounts and send a sheriff’s deputy to arrest her.

RELATED: Guy Transforms Man He Thought Was Online Scammer into Village Saint by Sending Him $30 Camera

Stephens, meanwhile, can be seen casually doodling cartoons on a sticky note as the caller explains how she is being faced with 25 different charges of fraud, money laundering, and drug trafficking.

She eventually asks to speak to the man’s “commanding officer” for further information. A second man then picks up the line and continues his legal threats against her—but the call didn’t last for very long.

At the end of the video, Stephens makes sure to remind viewers to never trust dubious inquiries about their personal information.

LOOK: Woman Deceived On the Internet by Older Man Finds Love With Model Whose Photos Lured Her In

Since the video was uploaded to Facebook last week, it has racked up more than one million views.

(WATCH the amusing video below)