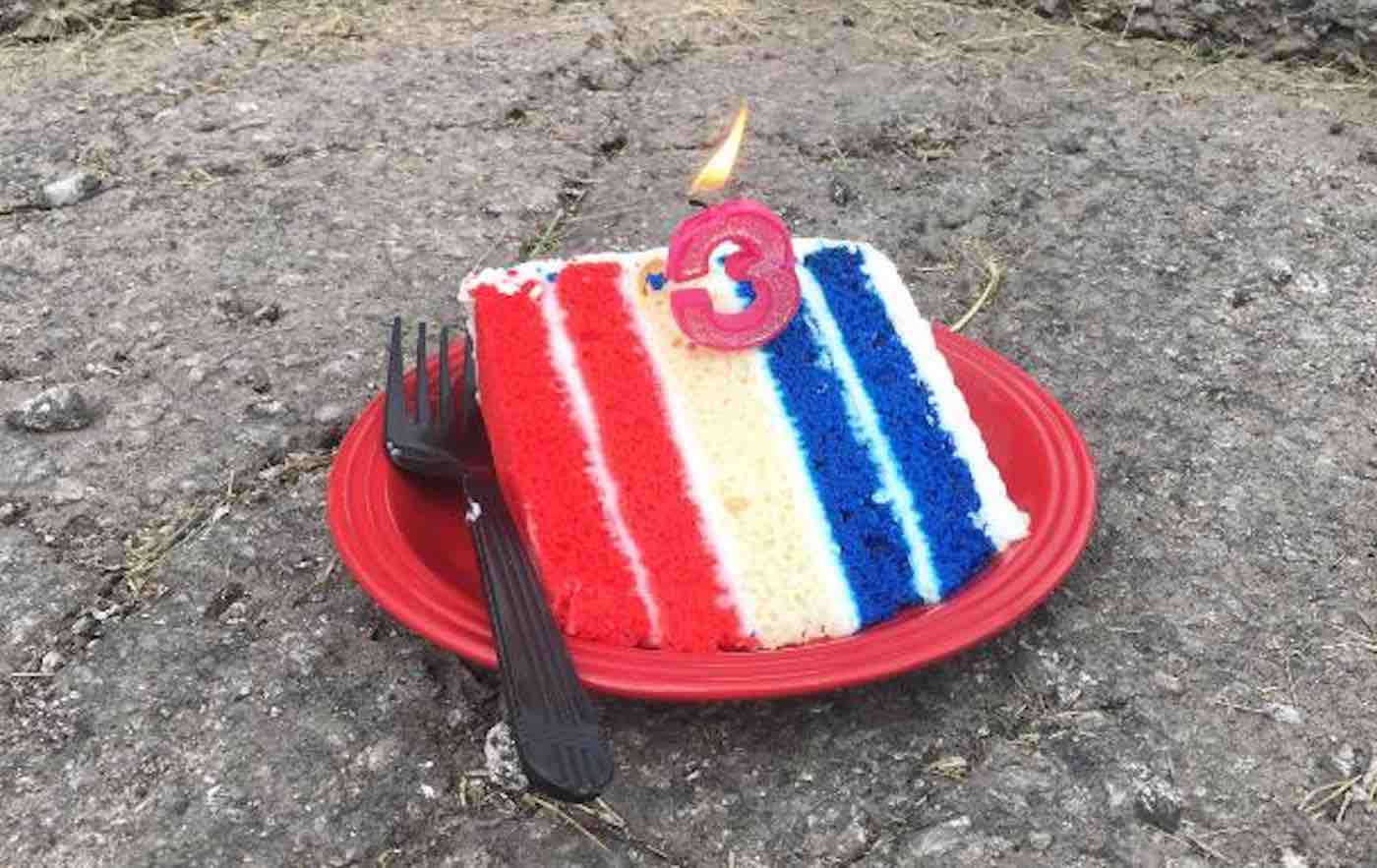 For three months, Frank Sereno had been asking city officials to fill up a particularly pesky pothole on his neighborhood street. When he finally got tired of complaining about the problem, he opted to celebrate instead – and it actually worked.

Sereno is just one of the many citizens of Waldo, Missouri who have been fed up by the persisting potholes that have pervaded community roads.

This particular pothole is just one of many mini-craters that Sereno has reported to the city’s construction department over the course of the last few months. Rather than continuing to gripe about the unstable neighborhood roads, however, he decided to take a more creative approach for motivating the repair crews.

Sereno put a positive spin on the pothole’s presence in the community by buying a slice of cake with a little candle to celebrate its 3-month-birthday.

“I thought, ‘What I can I do to have a little fun,’” Sereno told WTVR. “Everyone is always complaining about the potholes, but complaining doesn’t seem to be getting anything done. So I said, I want to keep it top of mind. I know my fellow Waldo neighbors are just as disgusted as I am so I said, let’s just celebrate its birthday. Its third birthday.”

Upon posting photos of the birthday celebration to Facebook, Sereno’s neighbors expressed their amusement over his gimmick. Not only that, the pothole was patched and filled by construction crews only days later.

City workers told local reporters that poor weather conditions have prevented repair crews from being able to patch up potholes as quickly as they would like, but a little sweet cajoling was apparently just the right amount of nudging to get the job done.

(WATCH the news coverage below) – Photo by Frank Sereno

Send the Idea to Your Friends On Social Media…