Home All News Good Earth This City Billboard Has Been Designed to Purify the Surrounding Air By... 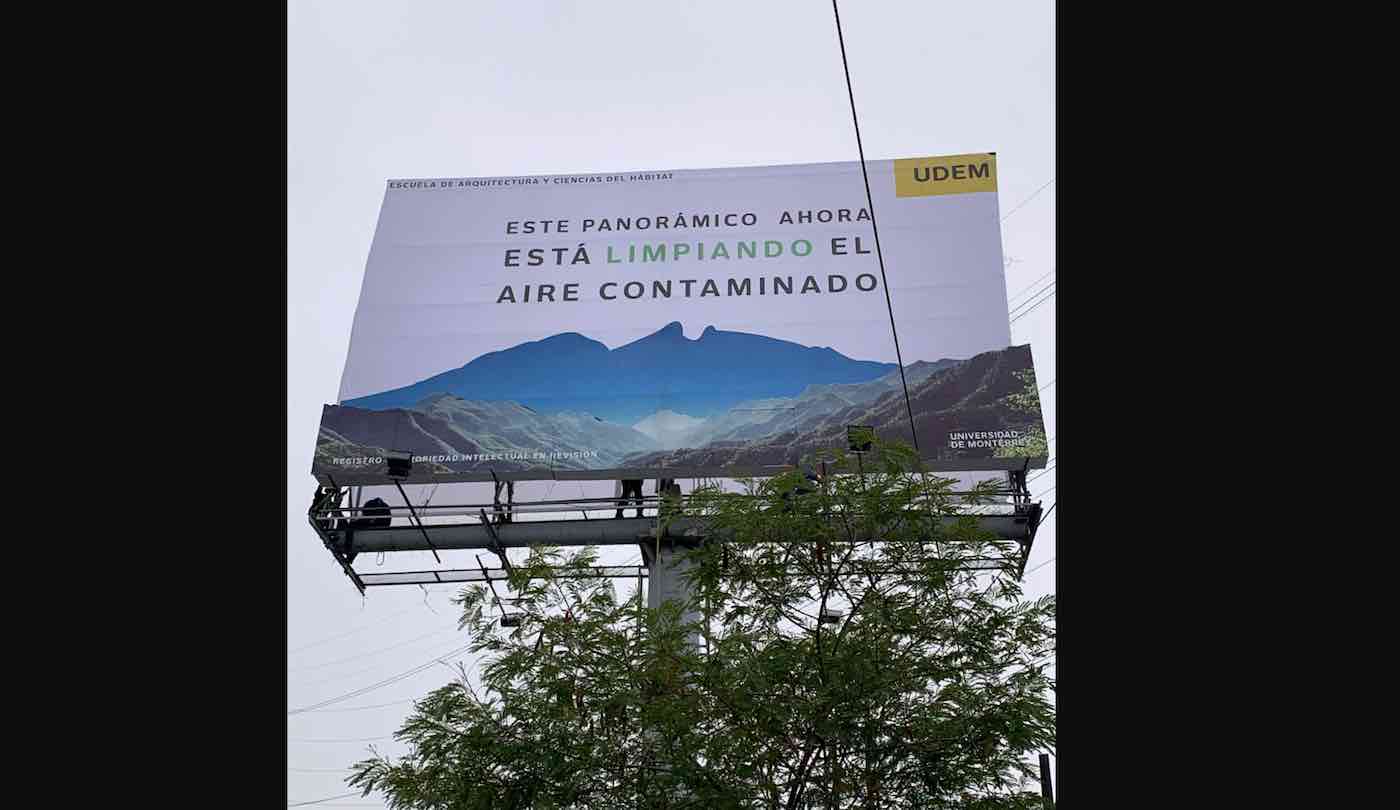 This may look like just an ordinary billboard—but a Dutch innovator has actually designed the structure to purify the surrounding air by eating up smog.

The billboard, which was designed by Daan Roosegaarde and his studio in partnership with the University of Monterray, is just one of the billboards currently set up in Monterray, Mexico. Each ad space has been coated with a specialized resin that attracts nearby air pollutants and converts them into oxygen when exposed to direct sunlight.

The photocatalytic nanotechnology works similarly to the mineral-based surface treatment that allows these GUNRID curtains from IKEA to cleanse airborne pollutants from indoor spaces.

The billboard generates the same amount of clean air as 30 trees every 6 hours and it can function for up to five years.

Since the heavily-polluted Mexican city is nestled in a valley where there is very little space for trees or greenery, the billboards are considered a revolutionary new tool for urban health.

“It was great to work with the [UDEM] students and take a problem and transform it into a potential,” says Roosegaarde. “I am really proud to see them go from academic research to a real project. I do not believe in utopia—a perfect solution—but protopia: step-by-step improving reality.”

RELATED: City is Converting Highway Pillars into Vertical Gardens to Clean the Air

This is not the first air-purifying project that Studio Roosegaarde has launched over the course of the last few years. He is also responsible for the Smog Free-Tower: the world’s “largest air purifier” which has been installed at various international locations so it can turn urban smog into diamonds.

The 23-foot tall metal structure is capable of filtering 75% of harmful PM2.5 and PM10 particles from the surrounding air, thus producing 30,000 cubic meters of clean air per hour. Plus, by using ion technology, the tower uses very little electricity—about as much as an electric kettle. The electricity that it does use, however, comes from wind power.