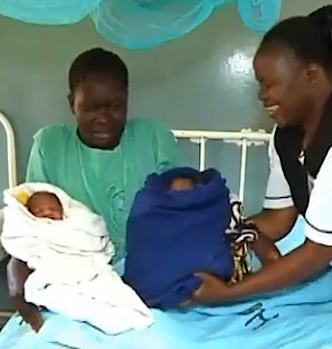 In the spirit of bipartisanship, a mother in Kenya named her twins after the two U.S. presidential candidates. Giving birth on election day, Millicent Awuor, a 20 year-old housewife said, “I named the first twin Barack and the second one Mitt.”

She said she wanted to remember the day of the vote, Kenya’s Standard newspaper reports.

With Barack being the older baby and Mitt the younger, they were named after the order in which they performed.

(WATCH the video below or READ the story in the BBC)