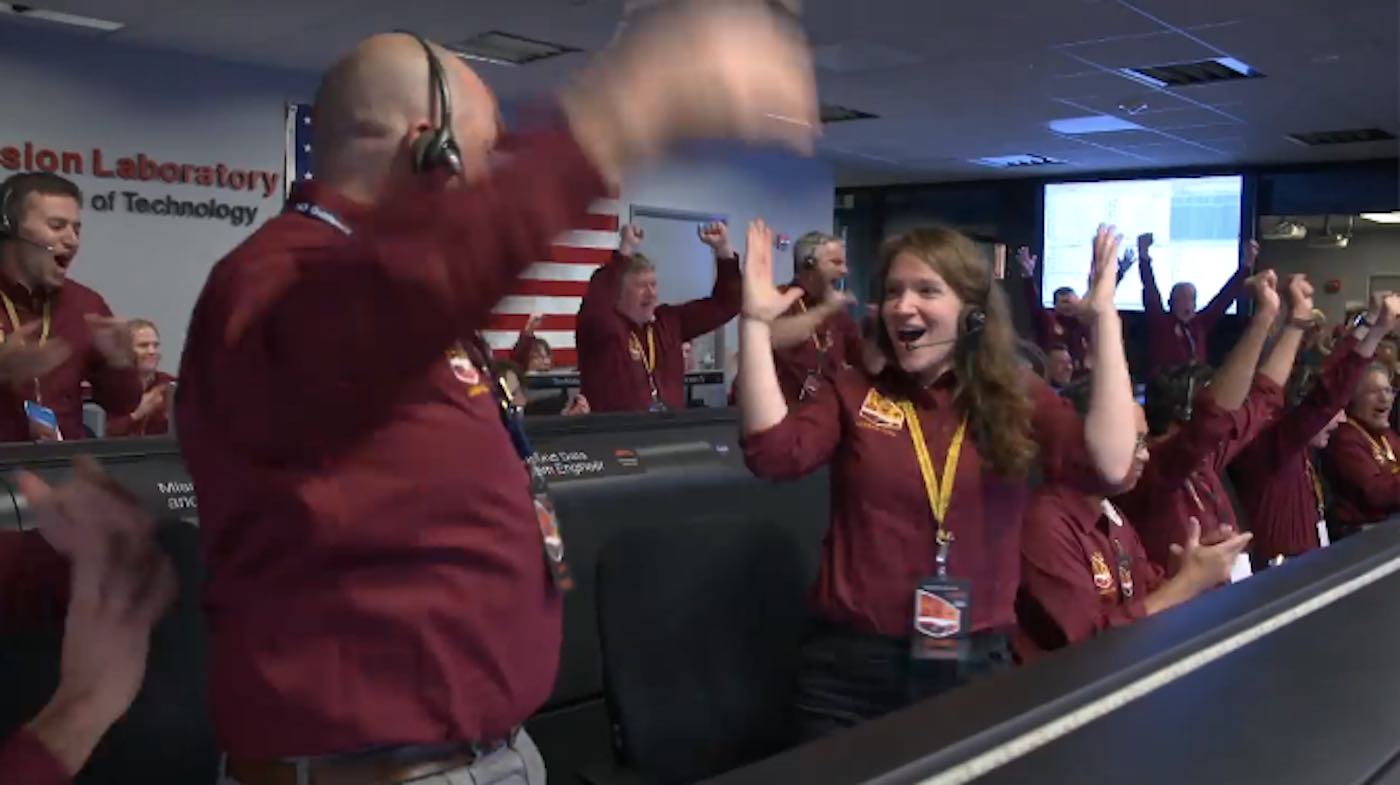 InSight’s two-year mission will be to study the deep interior of Mars to learn how all celestial bodies with rocky surfaces, including Earth and the Moon, were formed.

After InSight launched from Vandenberg Air Force Base in California on May 5th, the lander touched down Monday, November 26th, near Mars’ equator on the western side of a flat, smooth expanse of lava called Elysium Planitia, with a signal affirming a completed landing sequence,

“We hit the Martian atmosphere at 12,300 mph (19,800 kilometers per hour), and the whole sequence to touching down on the surface took only six-and-a-half minutes,” said InSight project manager Tom Hoffman at JPL. “During that short span of time, InSight had to autonomously perform dozens of operations and do them flawlessly – and by all indications, that is exactly what our spacecraft did.”

InSight will begin to collect science data within the first week after landing, though the teams will focus mainly on preparing to set InSight’s instruments on the Martian ground. At least two days after touchdown, the engineering team will begin to deploy InSight’s 5.9-foot-long (1.8-meter-long) robotic arm so that it can take images of the landscape.

“Today, we successfully landed on Mars for the eighth time in human history,” said NASA Administrator Jim Bridenstine. “InSight will study the interior of Mars and will teach us valuable science as we prepare to send astronauts to the Moon and later to Mars. This accomplishment represents the ingenuity of America and our international partners, and it serves as a testament to the dedication and perseverance of our team. The best of NASA is yet to come, and it is coming soon.”

InSight will operate on the surface for one Martian year, plus 40 Martian days, or sols, until November 24, 2020.