This owl couldn’t stop hugging her favorite human when he finally returned after a trip.

Doug Pojeky nursed GiGi back to health after the bird suffered a head injury when it ran into a car. No one thought the bird could recover, but Pojeky, president of the Wild at Heart Rescue center in Mississippi, never gave up hope.

During GiGi’s extended recovery period, Doug had to leave for a few days. The depressed owl moped around the center until he returned — then gave him a big hug.

GiGi rested her head right on his shoulder—and wrapped her wings around him. It’s another example of why Doug is known as the “bird of prey whisperer” by rehabilitators in the area. 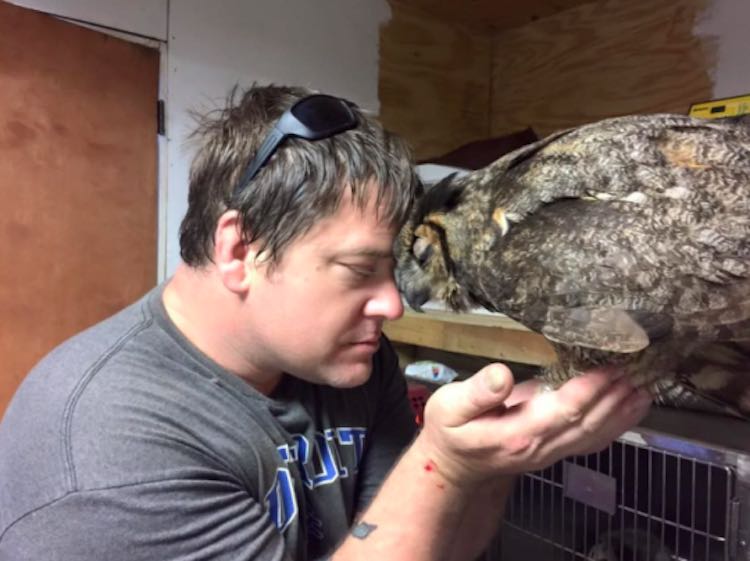 “It literally brings tears to my eyes to watch him interact with these birds,” center director and founder Missy Dubuisson told The Dodo. “They absolutely know him and trust him. It’s the trust that you see in her face.”