Home All News Kids Parents Have Perfect Solution to Daughter Sneakily Ordering $350 Worth of Barbies... 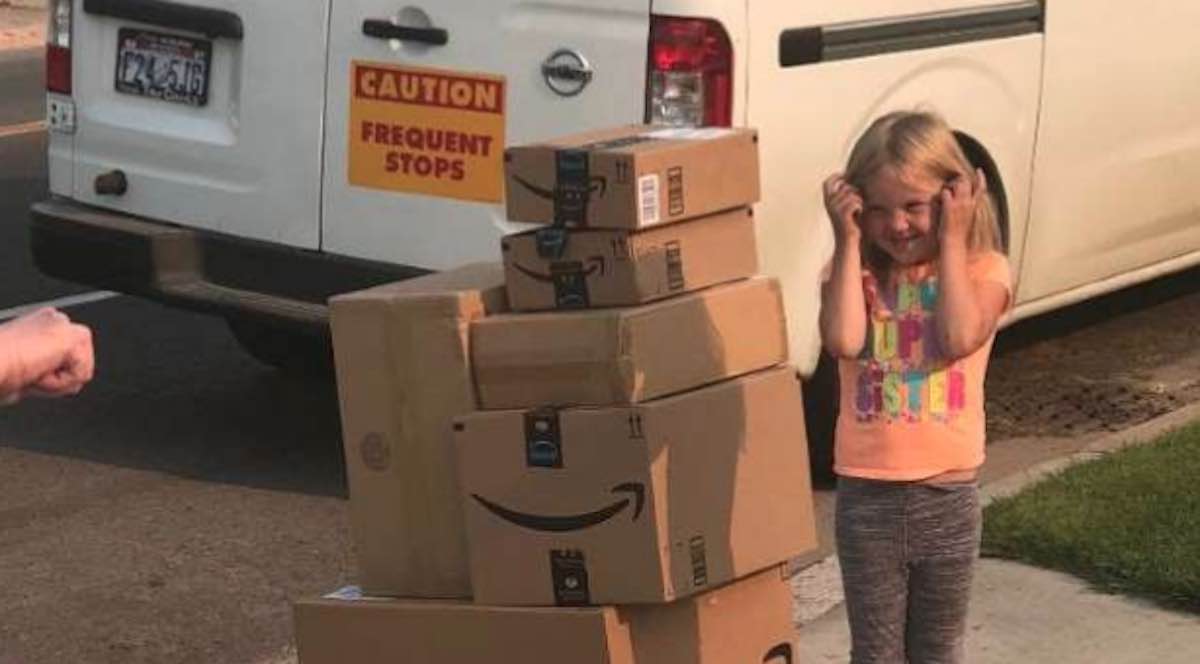 When a mischievous 6-year-old took advantage of her parent’s Amazon account, they knew exactly what to do with the $350 worth of toys that arrived two days later.

Katelyn Lunt first felt compelled to pull the online heist after she watched her mother order a purple Barbie Dreamtopia Rainbow Cove Fairy Doll from the internet. The toy was a reward for doing extra chores around their house in Pleasant View, Utah.

But when her mother Catherine walked away from the computer, Katelyn spotted all of the Barbie related products and add-ons that were just a few clicks away. A few minutes later, $350 worth of toys were being prepared for delivery.

The next day, Catherine checked on the Dreamhouse’s order status only to find three pages worth of order deliveries. She was only able to cancel two of the orders – the rest were already on their way. When Catherine confronted her daughter, she says that Katelyn gave her the look that meant she “knew she was in trouble.”

The day after that, the Lunts were having a family get-together with their relatives. As their cousins, aunts and uncles were arriving at their house, a deliveryman pulled up to the driveway and started unloading box after box.

When they were all bewildered by the heap of boxes, Catherine explained the nature of Katelyn’s heist, and they all laughed over the youngster’s stunt. Her cousin, John Diyalou, took a photo of Katelyn with her prizes and posted it to Twitter where it immediately went viral.

My badass little cousin ordered $300 worth of toys w/o my aunt & uncle knowing. This is a picture of how everyone found out. pic.twitter.com/wHWVhsMBYI


“We started hearing from complete strangers who asked, ‘Aren’t you mad? I’d be livid,’” Catherine told The Washington Post. “Although Katelyn knew what she was doing, she had no comprehension about what she’d spent. I mean, come on. She just started the first grade. I’d have to say this is really my fault, for not paying close attention.”

Then, Katelyn’s dad had an idea – why not turn his daughter’s bad deed into a lesson in kindness?

So instead of returning the orders like they had originally intended, the parents told their daughter to bring the toys to the Primary Children’s Hospital as a thank you for saving Katelyn’s life as an infant.

Just after she was born, Katelyn suffered a seizure and a stroke that caused her to lose 5% of her brain mass. After days of anxiously waiting for results, Katelyn was put on medication and her doctor’s told her she would regenerate the brain mass and be fine.

“Katelyn was a little depressed at first that we were giving them all away,” her father told The Post. “But then she sat with a bunch of little girls who are patients, and they opened all of the boxes together and laughed and played. She had a lot of fun but also learned a really good lesson.”

At the end of the day, Katelyn was happy that her toys could help other kids – and she now knows not to touch her mother’s Amazon account ever again.

UPDATE: Kaitlin chose to donate all of the toys to the Children’s Hospital where she stayed for a week when she was a baby! She wanted to give a little joy to those who aren’t well?? pic.twitter.com/M2Y5BK4P5M