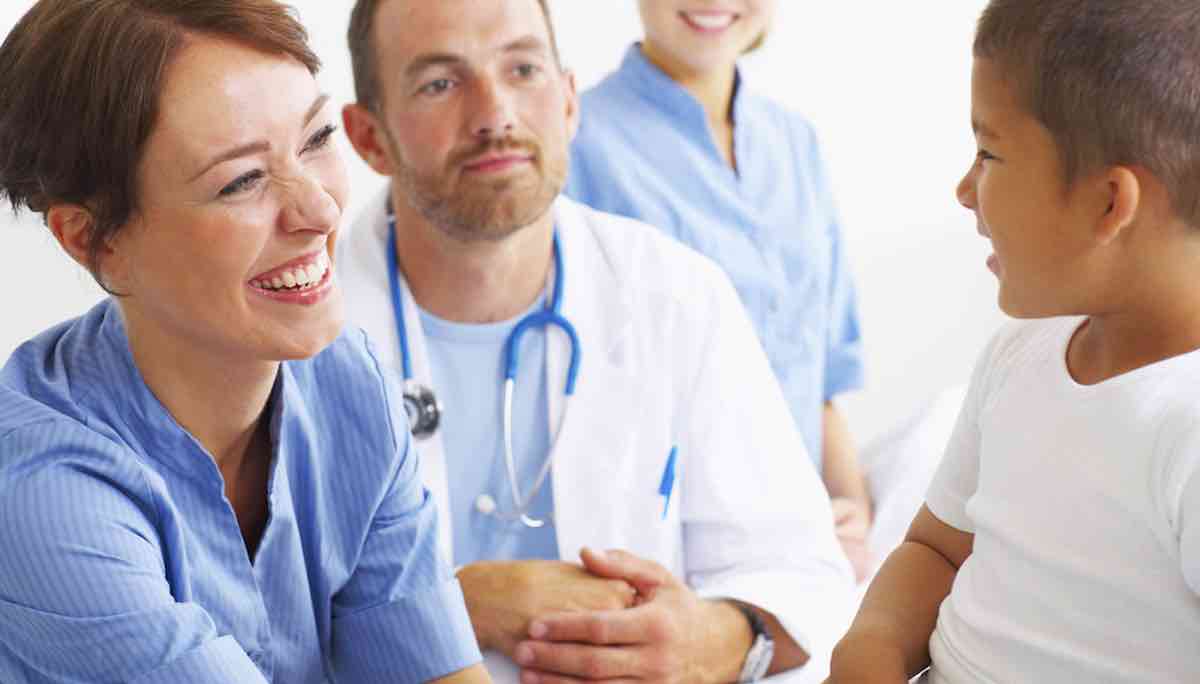 To feel better faster, a dose of reassurance might be just what the doctor ordered.

According to a new study, when a health care provider offers a few encouraging words about their patient’s recovery time from an allergic reaction, symptoms are significantly reduced.

“For many conditions, the simple act of being reassured by a medical professional can aid in the healing process, and we needn’t always rely on medication and procedures to make us feel better,” said the study’s lead researcher, Alia Crum, an assistant professor of psychology at Stanford University’s School of Humanities and Sciences whose research explores how patient mindsets can affect health outcomes and healing.

“My hope is that findings like this one inspire additional research on the physiological mechanisms of assurance as well as promote training and compensation for physicians to more effectively leverage psychological forces in their practice,” she added.

Graduate student Kari Leibowitz, lead author on the paper, said the findings on doctor reassurance are in line with what people had known about the placebo effect. “Research on the placebo effect has long shown the importance and power of a physician’s words: When a physician gives people an inert treatment, such as a sugar pill, and tells them it will help them feel better, that pill is often effective,” she said.

RELATED: How to Follow Negative News Without Getting Depressed

The question, Leibowitz said, is whether a doctor’s reassurance is enough.

“Our experiences talking to both patients and physicians suggest that we know that physician assurance, by itself, is powerful and can make people feel better, but there is surprisingly little empirical work to back that up,” she said.

To test the effects of a physician’s words on patient symptoms, the researchers set up a simple experiment with 76 study participants.

They began their experiment by inducing a harmless, allergic reaction in study participants. A health care provider administered a histamine skin prick, a test traditionally used as a baseline to diagnose allergies. Histamine causes reactions like swelling, rashes and itching.

MORE: Why Smiling Is Good for You – and Five Guaranteed Grins on World Happiness Day

Six minutes in, the health care provider came back in to check on the participants.

With approximately half of the participants, the provider assured them that “from this point forward your allergic reaction will start to diminish, and your rash and irritation will go away.”

But with the other half of participants (the control group), the provider offered no remarks about their reaction.

The researchers found that when the health care provider offered a few assuring words, the feeling of itchiness declined significantly faster than in participants who were given no explanation about their reaction or recovery.

CHECK OUT: How to Stop the Runaway Train of Anxiety in 4 Steps

The biggest difference was 3 minutes after the brief intervention, at 9 minutes in. Assured participants reported their itchiness at an average of 20.19, compared to the control group who rated their irritation at almost 29, on average. The researchers saw that the difference between the two conditions was somewhat maintained over time, but shrank as the overall reaction got less itchy.

“Going to the doctor is largely a psychological experience,” said Crum. “Often we simply want to be reassured that what we are experiencing is ‘normal’ and will go away. And yet, the response we often get is complicated diagnoses, expensive medications and added uncertainty, all of which which may not only fail to harness psychological aspects in healing but may actually generate mindsets that could make us feel worse.”

For Leibowitz, interpersonal interactions are central to what it means to practice medicine, not tangential to it.

MORE: This Doctor Broke The Law To Engineer a Better Nursing Home, And the Death Rate Plummeted

Her advice to health care providers is that instead of saying something like “I can’t see anything wrong with you,” physicians could say something like “I think your issue is likely to resolve on its own, and I believe you’ll feel better in a few days,” said Leibowitz.

“There is a growing recognition of the power and importance of these psychological and social forces in health care, and so I hope the system will change to reflect and value things like providing reassurance and setting positive expectations as part of good medicine,” said Leibowitz.

The work was funded by the National Institutes of Health and the Joan Butler Ford Stanford Graduate Fellowship, and the findings were published in the Journal of General Internal Medicine.

Pass On The Positive Health Story To Your Friends – Representative photo by Selmaemiliano, CC