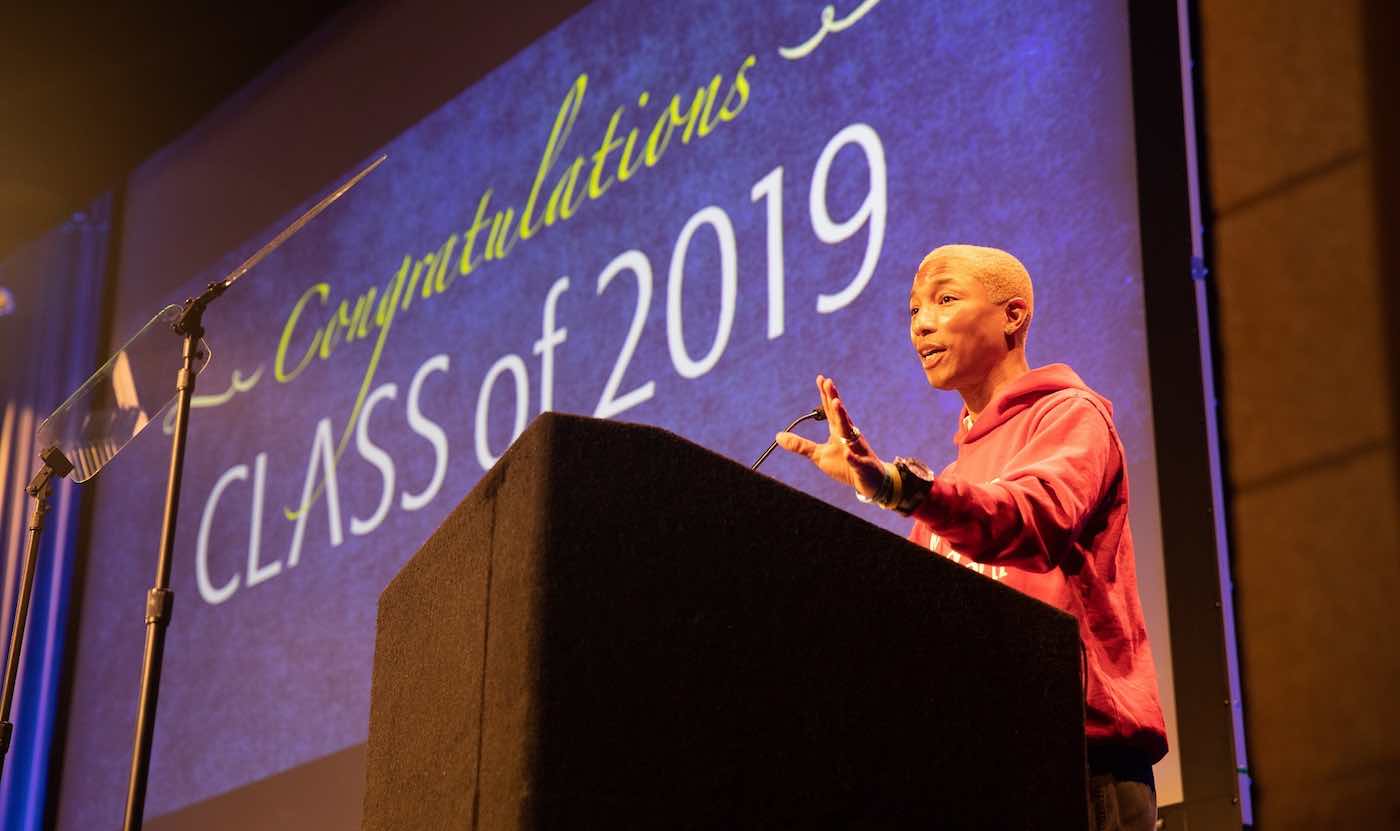 Thanks to @Pharrell for guaranteeing an internship to every one of our 114 @hczorg #PromiseAcademy graduating seniors - all of whom have been accepted to college - and urging them to be leaders for justice and change in the world. #NewHarlemRenaissance #ClassOf2019 pic.twitter.com/KkzwW4YYBp

Williams made the announcement during his speech as the 2019 keynote speaker for the Harlem Charter Zone’s Promise Academy.

According to the New York City-based organization, every single one of their graduating high school students has already been accepted into college or university – and thanks to Williams, they will now have an “A-list internship” waiting for them after their first year of higher education.

“The world is watching Harlem, but this renaissance will be different,” Wiliams said in the speech. “Believe it or not … it’s going to actually be better. The reason why is because the new Harlem Renaissance has education at its core.”

Harlem Charter Zone CEO Anne Williams-Isom told Buzzfeed News that the charter school staffers have been working with Pharrell to create the internship program as a means of helping their students forge meaningful business relationships that “can open doors for them” throughout their academic career.

“In order for us to get our community, these children, and these families out of poverty, we want to make sure that they are connected to a livable wage, and we know that for so many of our young people, the way that they’re going to be able to do that is with that college degree in their hands, but also with some experience from very good internships that they will be able to do while they’re in college,” she said.

The gesture is reminiscent of when billionaire Robert F. Smith told 396 graduating college students in May that he would be paying off their collective student debt, an estimated $40 million.

Though the details of Pharrell’s internship program are limited, reporters say that each student will be assigned a paid internship that will give them experience in their respective career field after their first year of college.

(WATCH the announcement below) – Feature photo by Harlem Children’s Zone

Feeling Happy? Share The Sweet Story With Your Friends On Social Media…