Home All News World This Clever Little School Has Been Requiring Students to Pay for Tuition... 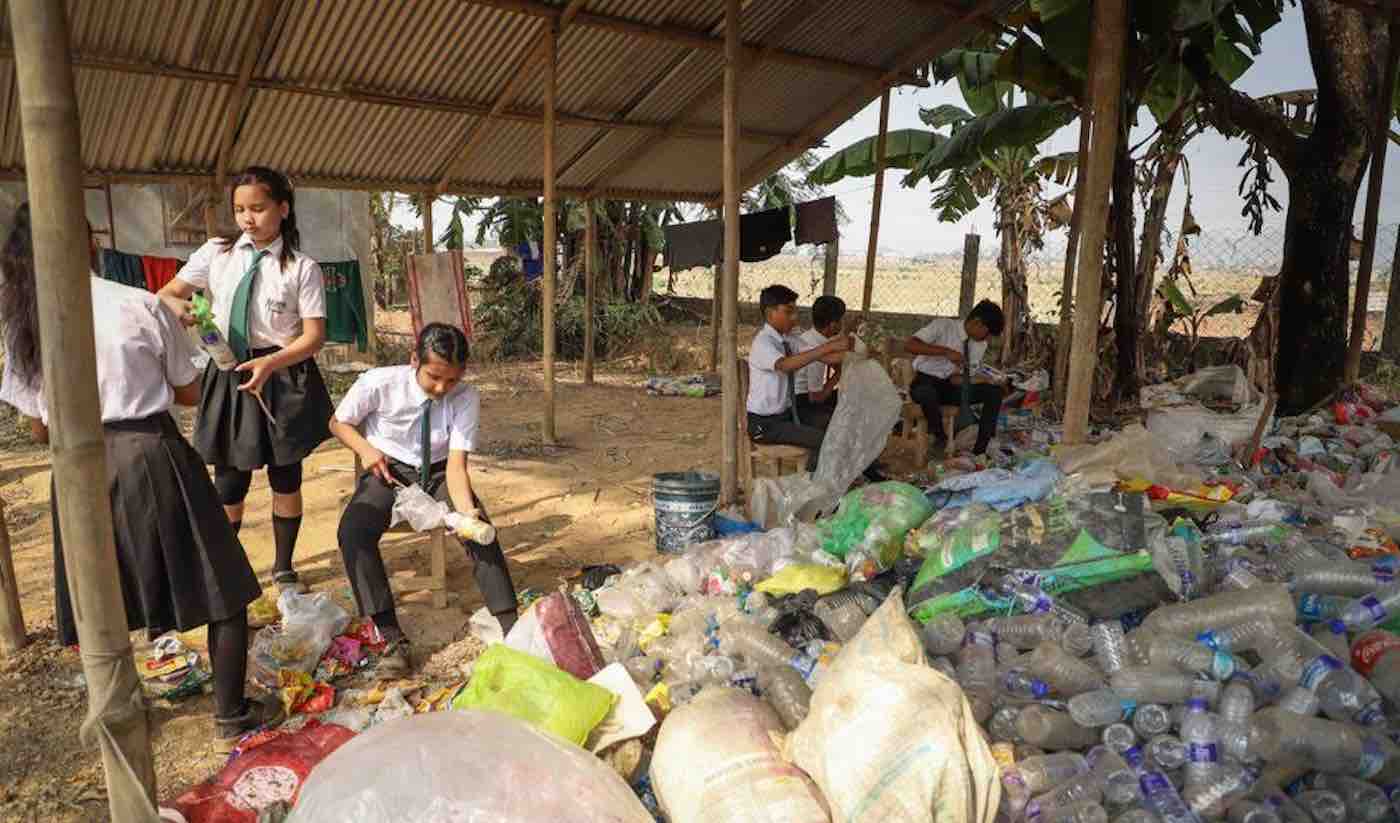 Rather than making children scrounge up tuition money for an education, this innovative new school in India has been asking their pupils to pay for their classes with plastic waste.

Every week, students attending the Akshar School are required to line up and “pay” for their classes using grocery bags filled with at least 25 pieces of plastic waste that they collected from around their homes and communities.

Parmita Sarma and Mazin Mukhtar, the married couple responsible for the trailblazing little school, were inspired to launch the initiative after they witnessed their students being forced to endure the acrid smell of burning plastic wafting into their classrooms.

That’s because prior to when the school was opened in June 2016, local families and village communities in the state of Assam commonly burned plastic waste as a means of keeping warm and fueling fires.

Now, rather than endangering the atmosphere and health of the students, the plastic is being collected and recycled at the school’s own recycling center.

The school then recycles the trash into Ecobricks by compressing about 40 pieces of garbage into a single plastic bottle. This tree planter (pictured below) is just one of the structures that the students have made out of Ecobricks, and it was made using 200 plastic bottles and 4,000 plastic packets.

Furthermore, the school’s older students can work part-time jobs at the recycling center as an additional source of income.

According to Forbes, the school now hosts over 100 students between the ages of 4 and 15. Since the school’s creative curriculum has attracted more and more students to enroll, Mukhtar and Sarma plan on working through the Akshar Foundation to open another 100 schools over the course of the next five years.