Home All News Heroes Watch Rollercoaster Passenger Use His Astonishing Catlike Reflexes to Catch a Stranger’s... 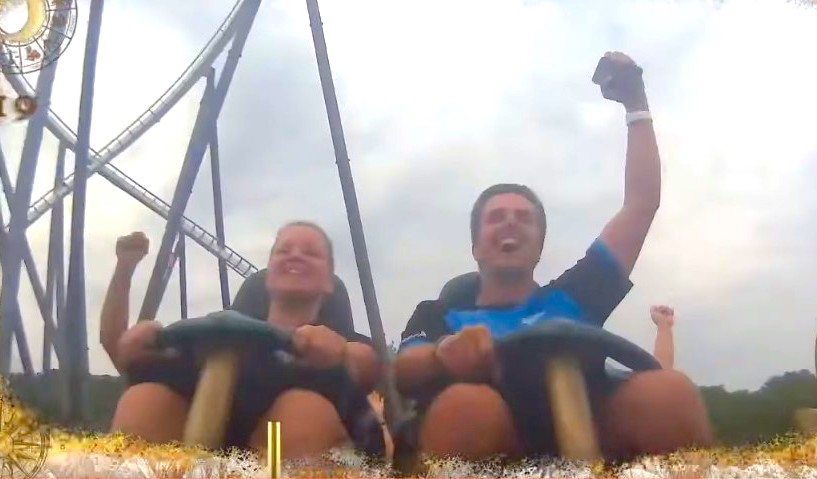 Not all heroes wear capes, but this guy was actually flying through the air when he managed to save a stranger’s phone from destruction earlier this week.

Samuel Kempf, who is a fistball player from New Zealand, is currently in Spain for the World Fistballing Championship.

In addition to representing his home country in the tournament, Kempf decided to have a little fun on his trip and visit the Port Aventura theme park in Barcelona.

He and his brother were particularly excited to ride the Shambhala rollercoaster, which had been Europe’s tallest and fastest rollercoaster going 130kps (81mph) until it was bested by a Polish ride in July 2018.

As they strapped themselves into the rollercoaster, Kempf joked to his brother that they should “get ready to catch” all of the things flying out of people’s pockets—but that ended up being exactly what he did.

RELATED: Watch Two Total Strangers Face Off for the Most Epic Saxophone Battle On the NYC Subway

Just as they were ascending the second hill of the rollercoaster, Kempf saw an iPhone X flying past his car. Without hesitation, the athlete used his catlike reflexes to snatch it out of the air and continue enjoying the ride.

He was later able to reunite the phone with the grateful owner—and as a token of their appreciation, the passenger bought Kempf a video of his amazing mid-air catch as a souvenir.

Since uploading the footage to YouTube this week, Kempf’s video has racked up more than 1.7 million views.