Home All News Heroes Sanitation Heroes Dig Through 2,000 Pounds of Trash to Reunite Man With... 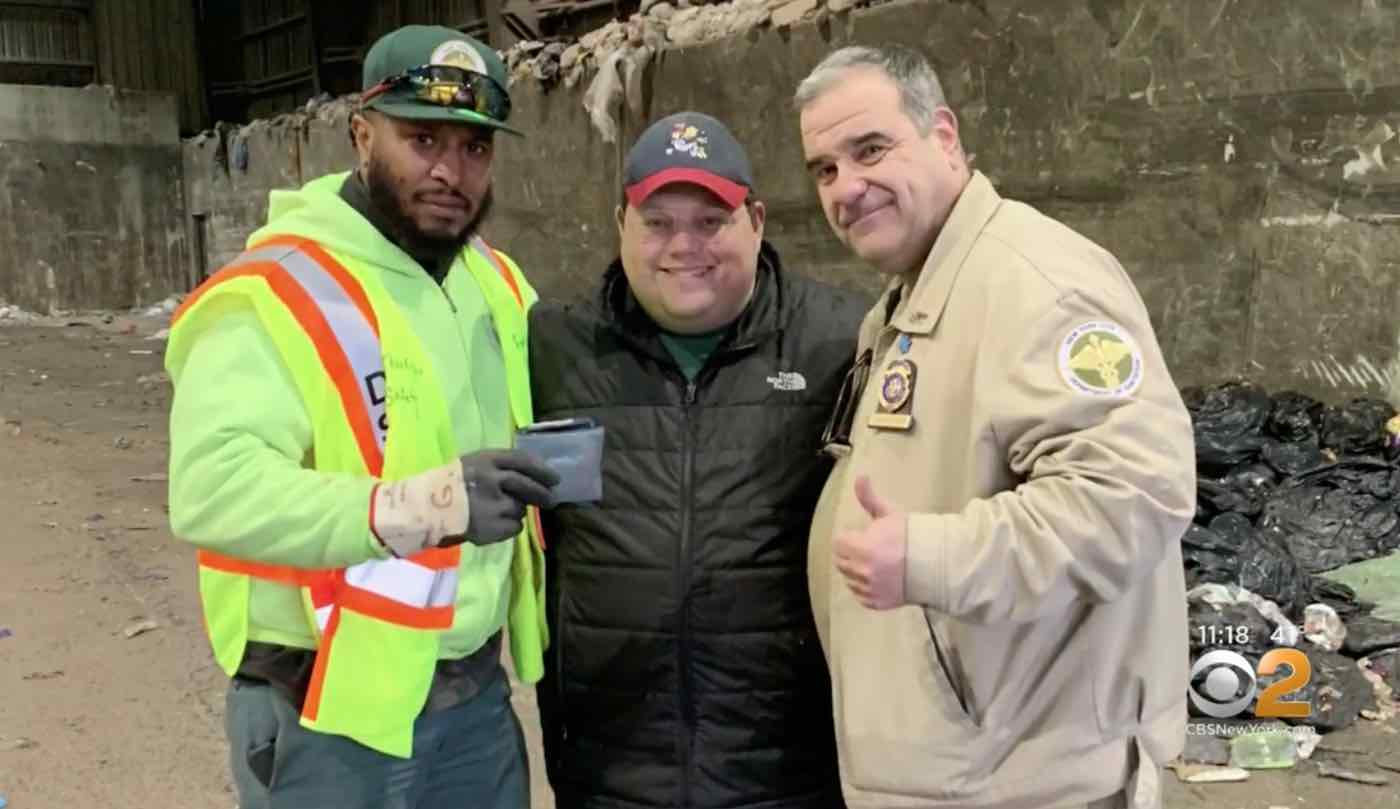 Most people would be reluctant to sift through mounds of city garbage just to help a stranger – but that’s exactly what two compassionate sanitation workers did for a man who accidentally threw his wallet into the trash.

Last week, Avrohom Levitt had the sinking realization that his wallet had gotten mixed in with some garbage he had thrown into a New York City trash bin.

Thankfully, Levitt keeps a GPS-tracker inside of his wallet so he can find it in case it gets lost. Upon discovering that a garbage truck had already emptied the trash bin, he called the sanitation department and reported his emergency.

The garbage truck was pulled out of rotation so that it wouldn’t pick up any more trash; but by the time Levitt was able to stop by the sanitation department after they reopened on Monday, he still had to sort through 2,000 pounds worth of trash and filth.

LOOK: Mom Snaps Viral Picture of a Cable Technician Comforting Her Disabled Son While He Fixes the Internet

It was like searching for “a needle in a haystack” – but luckily for him, he was joined by Louis Guglielmetti, a New York City Sanitation Department supervisor

“I’ve found everything from jewelry to passports,” Guglielmetti told WCBS with a laugh. “I’m finding stuff in the garbage for the last seven years, so I’m good at it.”

After just 15 minutes of searching through the trash, Guglielmetti found the wallet.

RELATED: Stranger Drives 7 Hours Straight So Couple on the Side of the Road Can Be With Dying Mother

Levitt was particularly grateful for the help because he had been preparing for a trip to Poland this week. Now that he has been reunited with his wallet, he can travel with the comfort of knowing he has his credit cards and his renewed faith in humanity.

“More than finding my wallet, was appreciating the amazing job the sanitation workers do,” Levitt told the news outlet.

Guglielmetti, on the other hand, simply smiled and said: “We want people to know we’re there for them.”

(WATCH the news coverage below) – Photo by WCBS