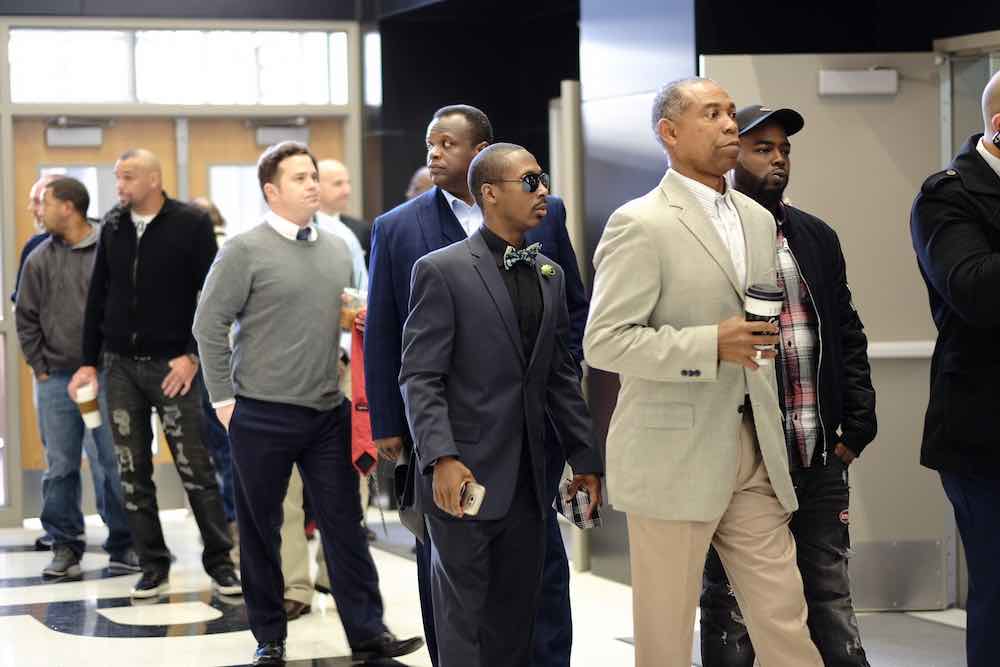 One middle school in Texas was afraid that they wouldn’t have enough father figures for their “Breakfast With Dads” event last month – but after their call to action went viral on social media, they were overwhelmed by the response.

The staff of Dr. Billy Earle Dade Middle School in Dallas originally posted on Facebook asking for at least 50 men to come to the event so they could give some mentorship and support to the young students.

LOOK: Buff Dad Wears Tutu For Ballet Class When Daughter Invites Him Instead of Her Pregnant Mom

On the day of the event back in December, however, over 600 men from all backgrounds, religions, and races showed up for the breakfast.

The volunteer dads spent the morning doing everything from giving life advice to the students, to teaching them how to tie a double Windsor knot.

“This morning by far exceeded all of my expectations!” said event volunteer Kristina Chaade. “Thank you to every single man that volunteered your time and gave a piece of yourself to these young men this morning! I am forever grateful!”