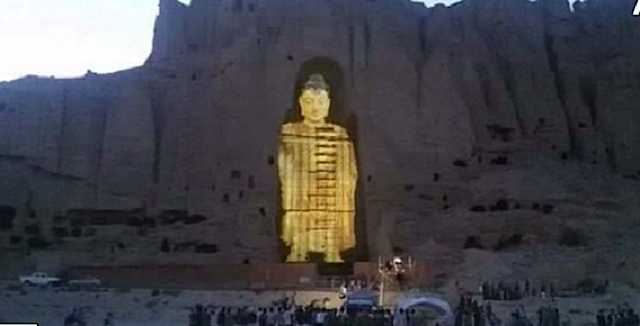 Where one monumental Buddha statue once stood, another has been recreated with the help of a 3D laser light projection.

A wealthy Chinese couple made it their mission to restore the image of one of the two sacred Buddhas of Bamiyan, statues that towered over central Afghanistan for 1,500 years.

Fans of both ancient history and advanced technology, the couple developed a special projector to recreate the taller, 175-foot statue in the valley’s cliff where it stood before the Taliban destroyed it in 2001.

About 150 people came out to witness the temporary display in the empty cliffside of the Bamyan Valley, which is now a UN World Heritage Site.

The couple has also reportedly donated the projector to a local conservation group that will recreate the 3D image every year.

Don’t Let this Story Become a Relic – Share Below…