Home All News Inspiring Teacher’s Powerful Exercise of ‘Leaving Emotional Baggage at the Door’ Has Totally... 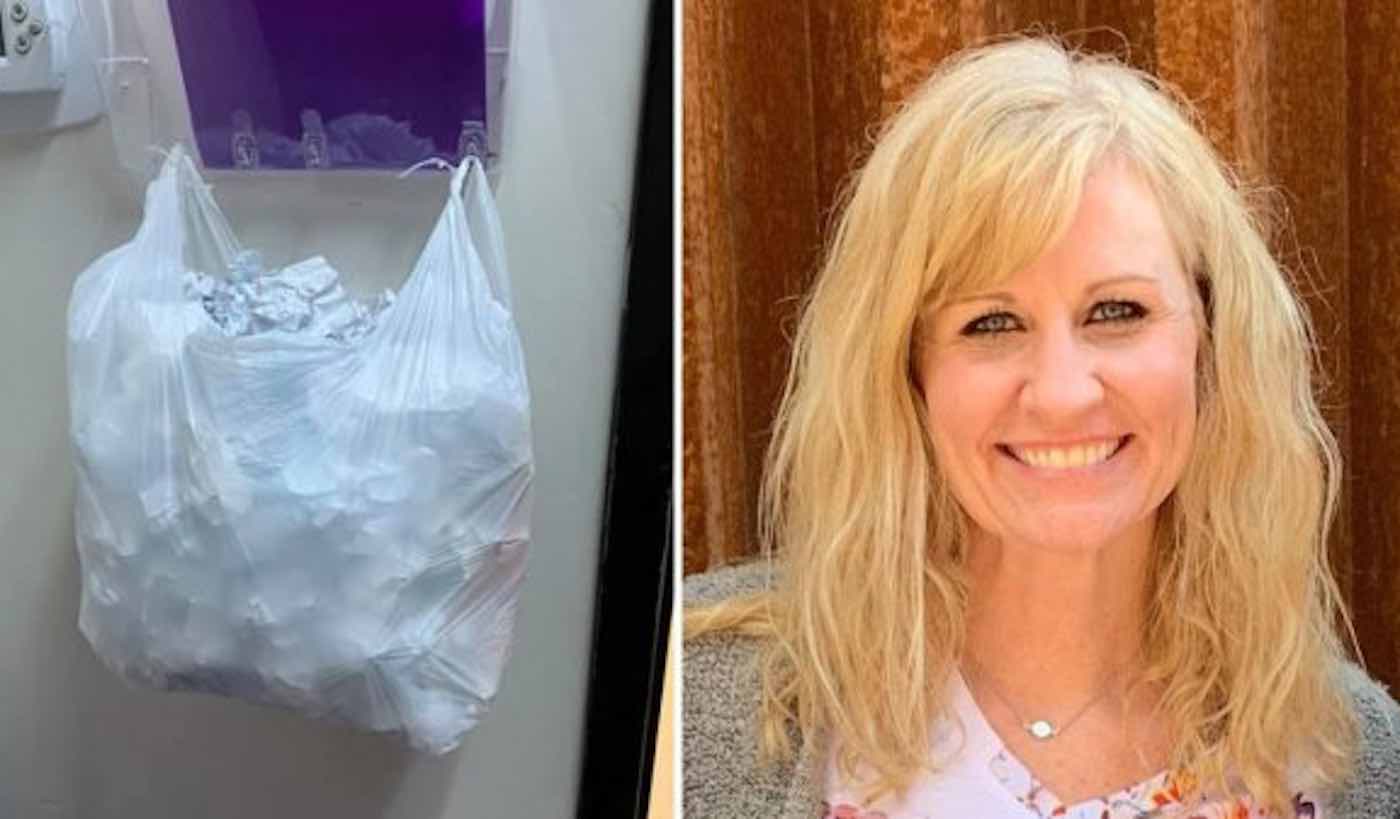 This Oklahoma teacher is being praised for teaching her students a powerful emotional lesson that they will not soon forget.

Karen Loewe has been teaching seventh and eighth grade students for 22 years, but her most recent day in class was apparently the most impactful day of her educational career.

For her sixth day of classes at Collinsville Middle School, she decided to try a new exercise in empathy with her students called “The Baggage Activity”.

Upon establishing that her classroom was a safe space for expression and respect, she asked what emotional baggage meant to her students. She then asked them to write about some emotional baggage of their own—and since they were not required to put their names on the paper, they could describe their issues as freely as they wanted without being identified.

The youngsters were then asked to take turns reading what their classmates wrote, and all of them were given the opportunity to identify themselves as the person responsible for the writing.

“I’m here to tell you, I have never been so moved to tears as what these kids opened up and about and shared with the class,” Loewe wrote in a Facebook post. “Things like suicide, parents in prison, drugs in their family, being left by their parents, death, cancer, losing pets … and on and on.

“The kids who read the papers would cry because what they were reading was tough. The person who shared (if they chose to tell us it was them) would cry sometimes too. It was an emotionally draining day, but I firmly believe my kids will judge a little less, love a little more, and forgive a little faster.”

Since writing about her exercise on social media, her post has been shared more than 500,000 times; teachers from all over the world have reached out to her about implementing similar activities in their own classrooms; and her students have apparently been “so much more respectful” of each other.

“They don’t interrupt or talk down to each other,” she told TODAY. “They’re not rude. It’s completely, completely changed how they treat each other … I wish I would have done this years ago. It’s been so good.”

Furthermore, Loewe made sure to keep all the paper confessions in a plastic bag so that her students won’t soon forget their exercise in empathy.

“This bag hangs by my door to remind them that we all have baggage,” Loewe concluded in her Facebook post. “We will leave it at the door. As they left, I told them they are not alone, they are loved, and we have each other’s back.”