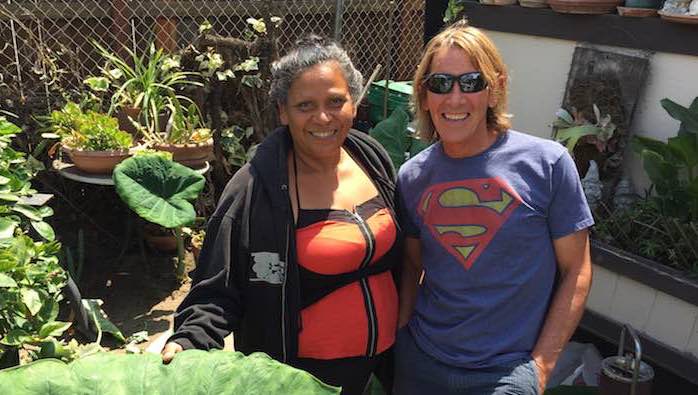 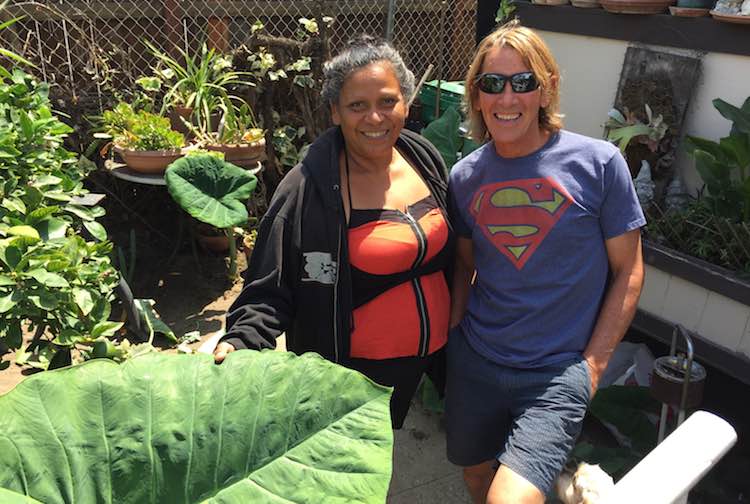 I was a heroin addict the last time I walked the sidewalks of this California beach town. I ruined my relationship with the girl of my dreams, but recently got a second chance to do it over.

While the town is outwardly beautiful, I worried about how I would react passing by, once again, the street corners and hang-outs that haunted my memory of this place.

My girlfriend, Jess, suggested that together we could transform these locations, by returning there with gifts and joyful hearts. We loaded up her truck with flowers to give away, bottles of water to hand out, and a stack of yellow paper with inspirational messages printed out for anyone who looked like they could use new perspective on life.

The first stop confirmed the brilliance of this idea. We parked next to a small home where I previously bought dope. The mailbox was right next to the sidewalk, so we placed inside the yellow motivational message, some flowers, and a personal note of forgiveness to let the man know how his dealing of heroin had affected one of his customers.

We said a prayer, lingered awhile kissing at the front gate, and when we turned to leave, my girlfriend exclaimed, “Look at those elephant ears! I used to grow those back in Florida.”

Then a woman’s voice came through the open front door saying, “You like my elephant ears?”

“Oh, yes,” replied Jess, who began to engage a kindhearted woman in chatter about gardening. The small yard was well-tended with a variety of tropical flowers and shrubs that she described for us.

“Do you want to take some home? They are growing all over the place,” she said as she pointed to all the baby elephant ears that had sprung up around the porch.

Jess was thrilled and entered the gate to go look. The middle-aged woman, who we’ll call Deborah, grabbed a small silver pail and a trowel and began digging out three little baby plants from the dark, rich soil. She said her mother-in-law, who owned the home, was sitting in a chair just inside the door.

While she dug, I grabbed the flowers from the mailbox, which she likely hadn’t noticed, and waited to hand them to her as a gift in return. Then, my girlfriend asked if we could get a photo to remember this amazing moment on Peach Street—which now held a significance that Deborah might never know.

We walked away in a giddy daze, quite stunned at the lovely turn of events, and we knew that whenever we drove past this house in the future, we would remember the blissful encounter with Deborah.

Transforming a traumatic memory by revisiting the location and creating an alternate reality was a great idea! We moved on to a bus stop, where we met a homeless man, gave him snacks and water, and engaged him in a long conversation, vigorously shaking his hand before hopping back into the truck.

Next was a park where drunks and junkies hung out; also on site were a couple families and teens just playing basketball. We brought a neon yellow frisbee to help reengineer the energy of this place, and began running and tossing it back and forth. After 20 minutes, we handed out more water, snacks, blessings and inspiring words. With his wife sitting in a lawn chair next to him holding the flowers we’d just handed her, a large man named Frank gave my girlfriend a big bear hug and assured me that all it took to stay clean was a strong connection to the spiritual being within my own heart.

At one of the last stops, an Alcoholics Anonymous hall where I used to attend meetings—but also get into trouble—we found that a gorgeous new arts center had sprung up next door. Out front was a fierce ten-foot high metal sculpture of a dragon and a bird that overlooked the sidewalk. It was a fitting symbol of rebirth.

Quenching the addictive fire in my personality was something I had been striving to do for many years, and birdwatching was a hobby I’d shared with my beloved whenever times were good.

The dragon is a symbol of power, strength, and good luck for people who are worthy of it. If I can remain honest and disciplined, I think I can finally believe that I am worthy, no matter what street corner I find myself on.