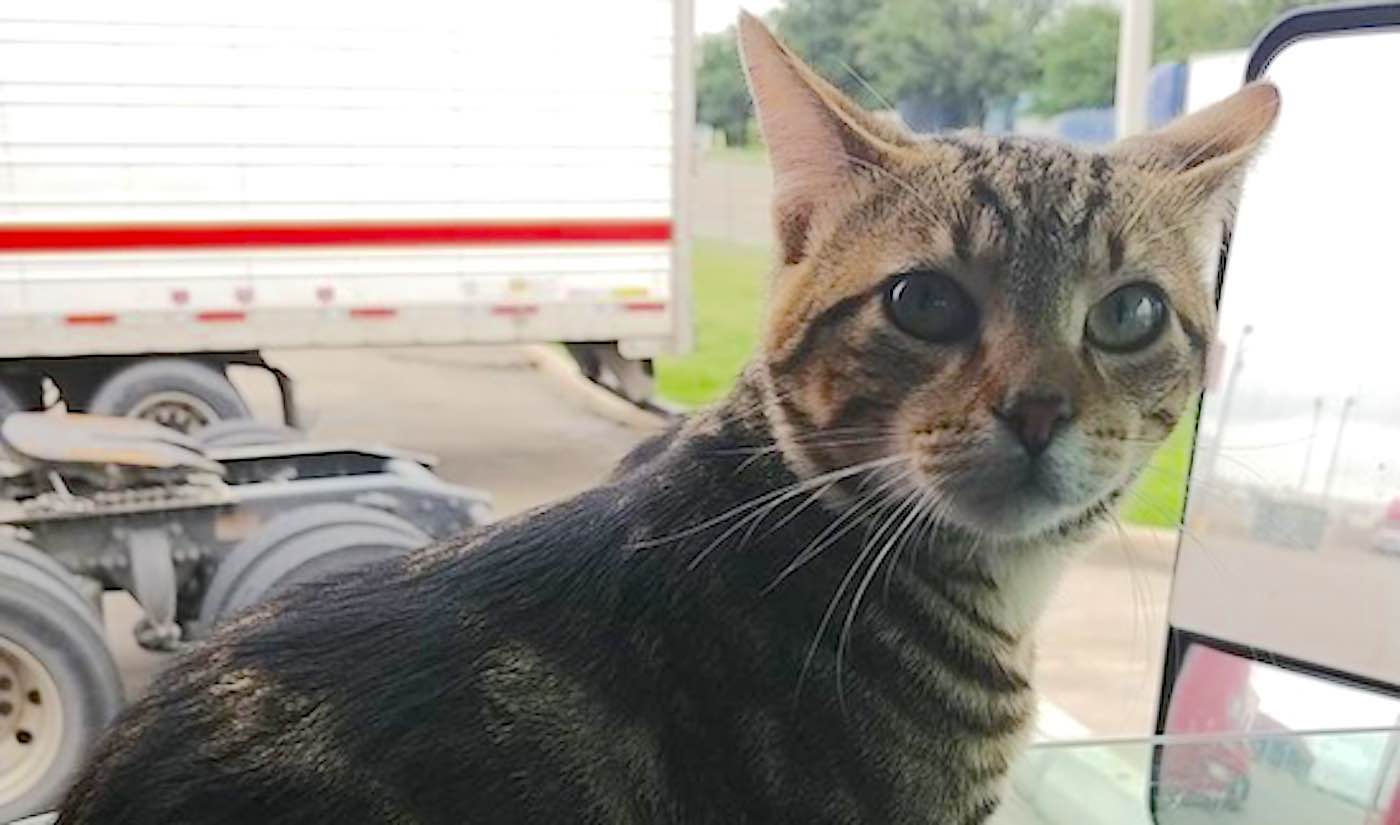 A frantic truck driver named Nick has been reunited with his beloved cat companion after a fellow traveler saw his plea for help on Reddit.

Nick had been on his way past Elgin, Illinois when he noticed that one of his truck mirrors was in need of repair. Since repair shop mechanics said that they were unable to fix the mirror until the following morning, he prepared to spend his evening watching movies with his cat Waylon.

In addition to the fearless feline being an ideal travel buddy, Waylon has also helped Nick cope with the emotional difficulties of being a veteran.

“I’m not gonna go into detail, but long story short, I don’t do well in crowds, or when I’m totally alone. Waylon kept me grounded. He kept me sane,” writes Nick. “And most of all, he kept me safe.”

So when Nick suddenly noticed that Waylon was missing from his truck, he began to panic.

“I stood and hollered for him, but he didn’t respond,” says Nick. “Waylon ALWAYS responds. He’s a very vocal cat. I started tearing up the sleeper, hoping he was just really sleepy or something, but I found no luck there. That’s when I realized that he had gotten out.”

Distraught over his missing friend, Nick stayed up the entire night calling Waylon’s name and rattling his can of cat treats as bait – but to no avail.

Finally after almost 12 hours of searching, Nick knew that he had to be on his way – but before he hit the road, he posted a picture of Waylon to the “Trucker Cats” Reddit page. 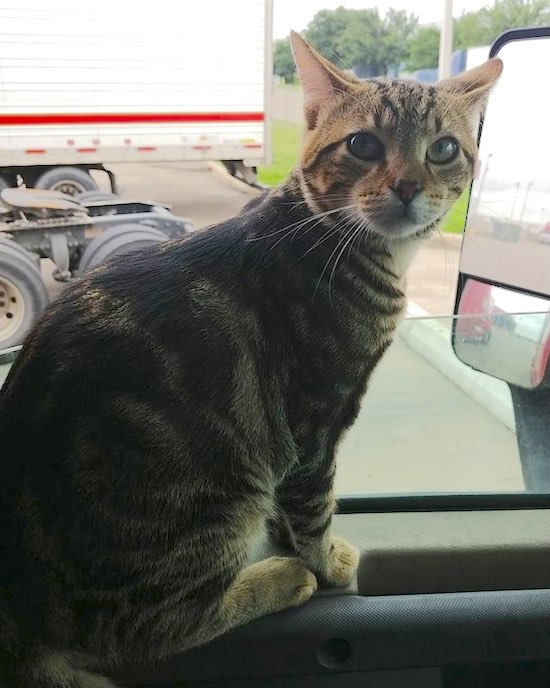 CHECK OUT: One Cat’s Obsession With Hunting Birds Leads to Invention That Has Saved Hundreds of Thousands

“I know that the odds are slim, but if you picked him up or see him please let me know. I didn’t know what else to do,” read Nick’s online plea. “I have to get back on the road now, so it’s out of my hands. I won’t give up hope. I know that he’ll remember me as long as he lives. I love you buddy. I hope I see you soon.”

Nick’s inbox was immediately flooded with dozens of messages of hope and encouragement, but he could not help but feel heartbroken over Waylon’s disappearance.

As fate would have it, however, the 23-year-old trucker had just picked up a new shipment of cargo in Wisconsin before heading off to Utah when his cell phone rang – and the phone call was from a traveling couple who claimed that they had found Waylon in a bramble bush on the side of the highway.

“I was skeptical, but the more they described him, the more I started believing them,” says Nick. “Finally when I saw the picture, that was all I needed. It was him. My boy. My Waylon.”

The couple say that they only managed to spot the young feline because their flashlight had reflected off of its eyes in the nighttime darkness.

Despite being on the Iowa border, Nick immediately changed course so he could meet up with the couple and be reunited with his beloved companion.

MORE: Woman Realizes the Old Dog She Just Adopted Was Same One She Had as a Child

“I NEEDED him back. That cat represents my whole life,” says Nick. “I don’t have any kids, or a wife, or even a girlfriend. That cat is my only companion.”

Needless to say, the reunion was an emotional one. Though it took Waylon 24 hours to recover from his expedition into the wild, he and his human are apparently back to their happy traveling selves.

“Now, I’m off to keep exploring this wide country, and Waylon will be there with me every step of the way,” says Nick – and if you would like to keep up with their travels, you can follow their Instagram or Imgur pages.