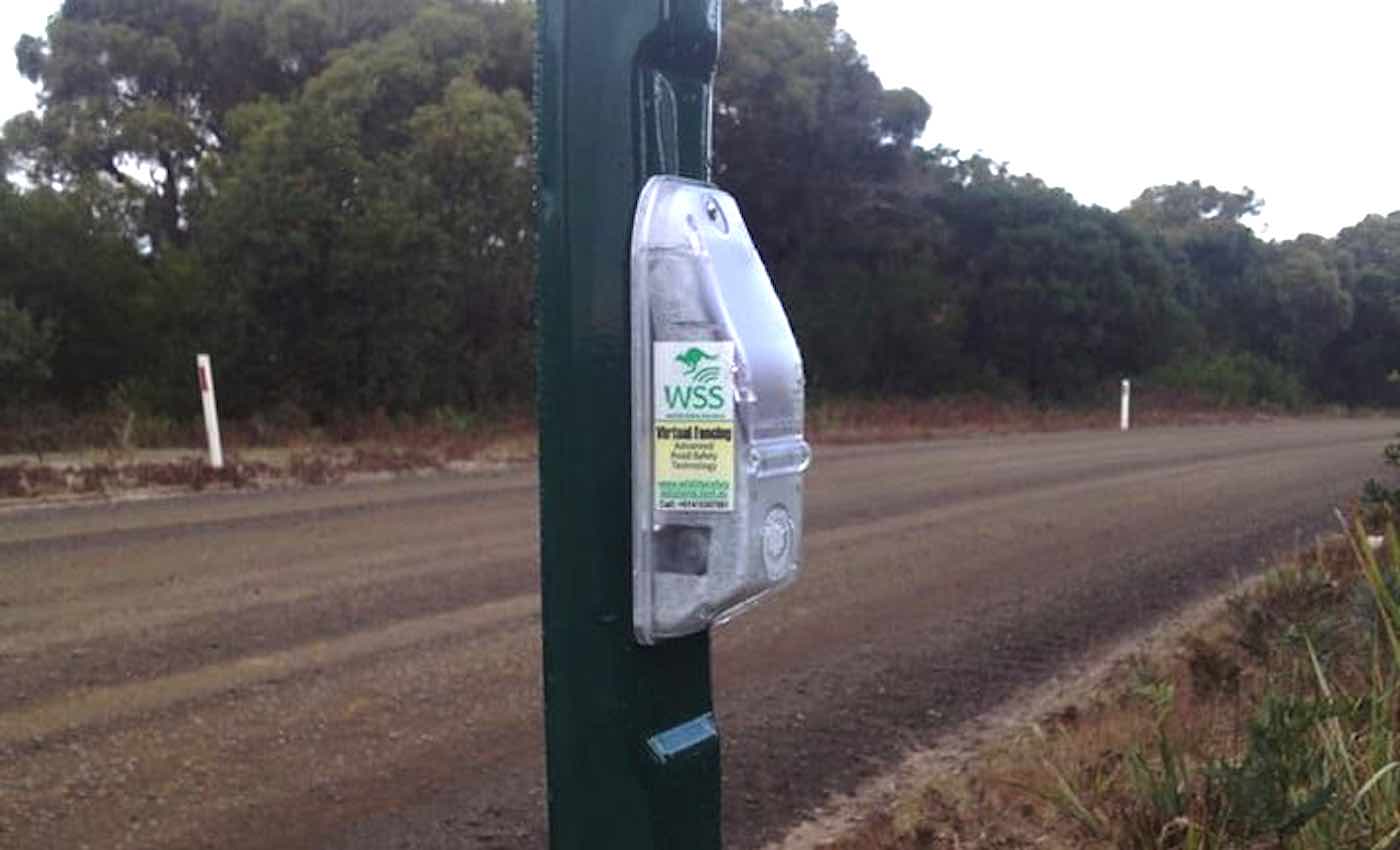 An innovative new conservation effort in Australia is dramatically reducing the amount of wildlife that are killed by cars and passing traffic.

Researchers have been testing a “virtual fence” system that alerts animals to oncoming vehicles.

The system involves installing small alarm units at 80-foot intervals along the edge of a road. When the alarms detect a car, they begin to emit sirens and flashing lights so that animals will be discouraged from approaching the highway.

Additionally, since the units are faced away from the road, they do not interfere with a person’s driving.

“The virtual fence technology involves small devices, approximately the size of a mobile phone, mounted on a pole on the side of the road which are triggered by car headlights when they hit a sensor in the device,” Samantha Fox, the researcher who led the project, told Digital Trends. “This sets off blue and yellow flashing lights and a high pitched siren. These together warn local wildlife that a car is coming, and give the animal time to move away from the road.”

The system was tested for three years on a road in Tasmania, an Australian state that experiences the highest rates of road kill in the world. According to a study that was published in Australian Mammology last month, the system reduced rates of roadkill by a whopping 50%.

The fence’s success means that it could become an inexpensive solution for endangered species that commonly fall prey to busy highways. Currently, wildlife corridors have been shown to be the most efficient in preventing road kill, but their construction is usually quite pricey.

The fences, however, can easily be installed to cover large swathes of highway so that humans and animals can both be a little safer on the road.

(Visit their website for more info— wildlifesafetysolutions.com.au/ or email them at: [email protected])