Home All News Inspiring Watch Drunk Young Men End Their Night By Toiling Together to Fix... 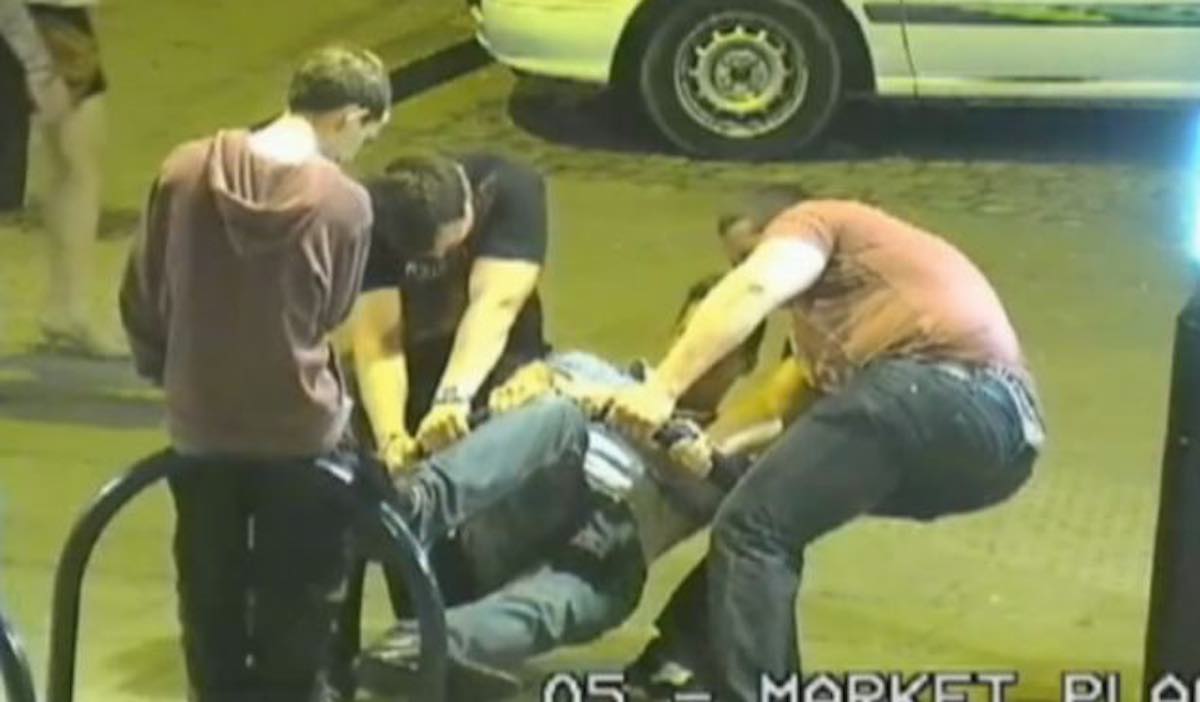 People might assume that a group of drunken young men wandering the city streets at 3AM is a recipe for trouble – but not these lads.

After an evening of revelry in Boston, England, three friends were getting ready to chow down on some late night kebabs when they saw a mangled bike rack that was in need of repair.

Since the young men were all avid bicyclists, they knew that the rack had been damaged by a car that had reversed into the metal bar several weeks previously. Even though the damage had already been reported to the city, it had not yet been repaired.

So the party-goers took it upon themselves to try and fix it with their own bare hands.

LOOK: When Young Man Sees Broken Stop Sign, He Spends His Lunch Break Holding it Up in the Heat

CCTV footage shows the young men collectively pulling on the rack with all their might. For 13 minutes, the friends can be seen trying different angles and tactics to bend the bike rack back into shape.

Finally, with the help of two more young men, they manage to pull the metal bar back to its original place.

Onlookers cheer as the men, who were all 24 and 23 years old, high-five and rejoice in their victory. The footage was later uploaded to the internet by the city and the five good Samaritans were praised for their public service.

RELATED: When Beach Wedding is Rained Out, Stranger Runs Up to Bride and Offers Up Her Home Instead

“The feedback we have had has been ridiculous. Random people have sent us messages saying well done. Its come as a bit of a shock,” one of the men told The Daily Mail in 2013. “We did it at the end of a night out, we had all probably had too much to drink and thought it would be a good idea and didn’t think anymore of it afterwards.

“There was a big cheer at the end. It was great,” he added.

“At one point five were pushing and pulling. To look at the bike rack now you would hardly know it had been damaged,” Peter Hunn, Boston Borough Council’s safety officer, told The Mail. “The night-time economy is not all about bad lads doing bad things.”

Be Sure And Share The Good Deed With Your Friends