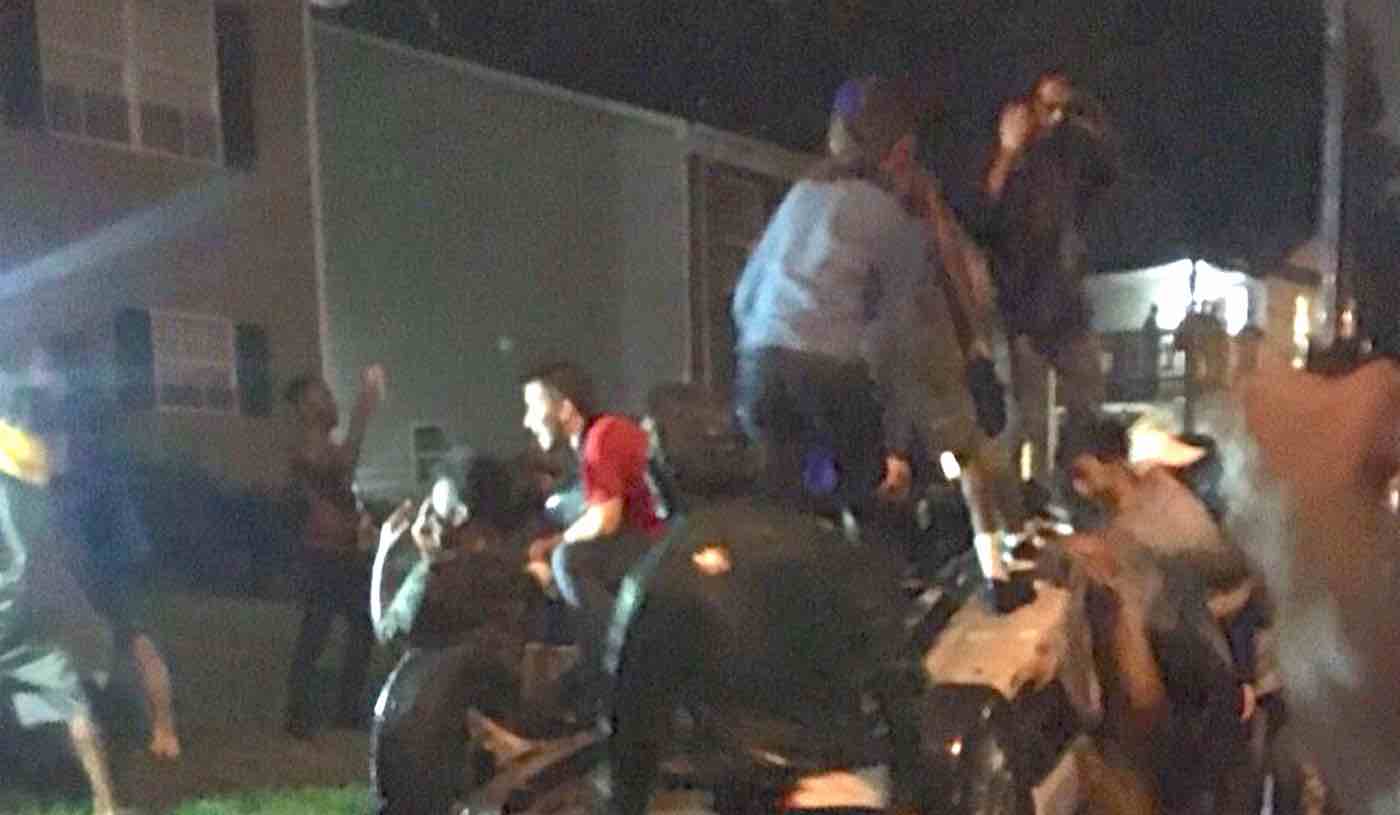 A young man’s car fell victim to some rowdy football fans earlier this week, but in the spirit of good sportsmanship, fellow fans and community members came to his rescue.

19-year-old Matt had left his car parked in the street as he went to watch the University of Kentucky’s football team play the Florida Gators on TV – and after 31 years of suffering defeat at the hands of their rivals, the Kentucky team finally won.

Though the game took place in Gainesville, fans in Lexington took to the streets to celebrate the victory. Unfortunately, Matt’s humble automobile fell victim to the celebrations.

The little white car was flipped two times, and according to Matt’s mother, Amy Rademaker Given, the car was only recently uninsured.

“We did have full coverage insurance for the past four years,” says Given. “Less than two weeks ago, I dropped the coverage down to just liability since the car was getting older. Less than 2 weeks!!!”

Given then created a GoFundMe page to raise money for a new car for her son.

“While no couches were burned this year, probably due to the rain, and no human injuries surfaced, a small white car lost its life,” wrote Given.

MORE: After Youth Walks 7 Hours to First Day of Work, CEO Hands Over His Own Car as a Thank You

“My son, Matt, equally a die-hard UK fan, parked his little white car on the street in front of his friend’s house. And, while spared by the parking services and traffic control of Lexington, it was not spared by the celebrations.”

Within days of creating the GoFundMe page, sympathetic football fans raised $3,000 for a new car.

As it turns out, however, the funds were not necessary. A local car dealership heard about Matt’s plight and gave him a blue 2004 Mazda 3. They also accepted Matt’s old car as a donation so that Kentucky football fans could take a swing at the hunk of metal in their parking lot instead of automobiles on the street.

All of the donations that were made to the GoFundMe page have since been refunded.

“We are just overwhelmed and humbled by this entire experience,” wrote Given. “Something that started out so terrible has ended with an amazing story and memories!”