Home All News Inspiring When the World Hears About Cello Prodigy Living in Poverty, it Sends... 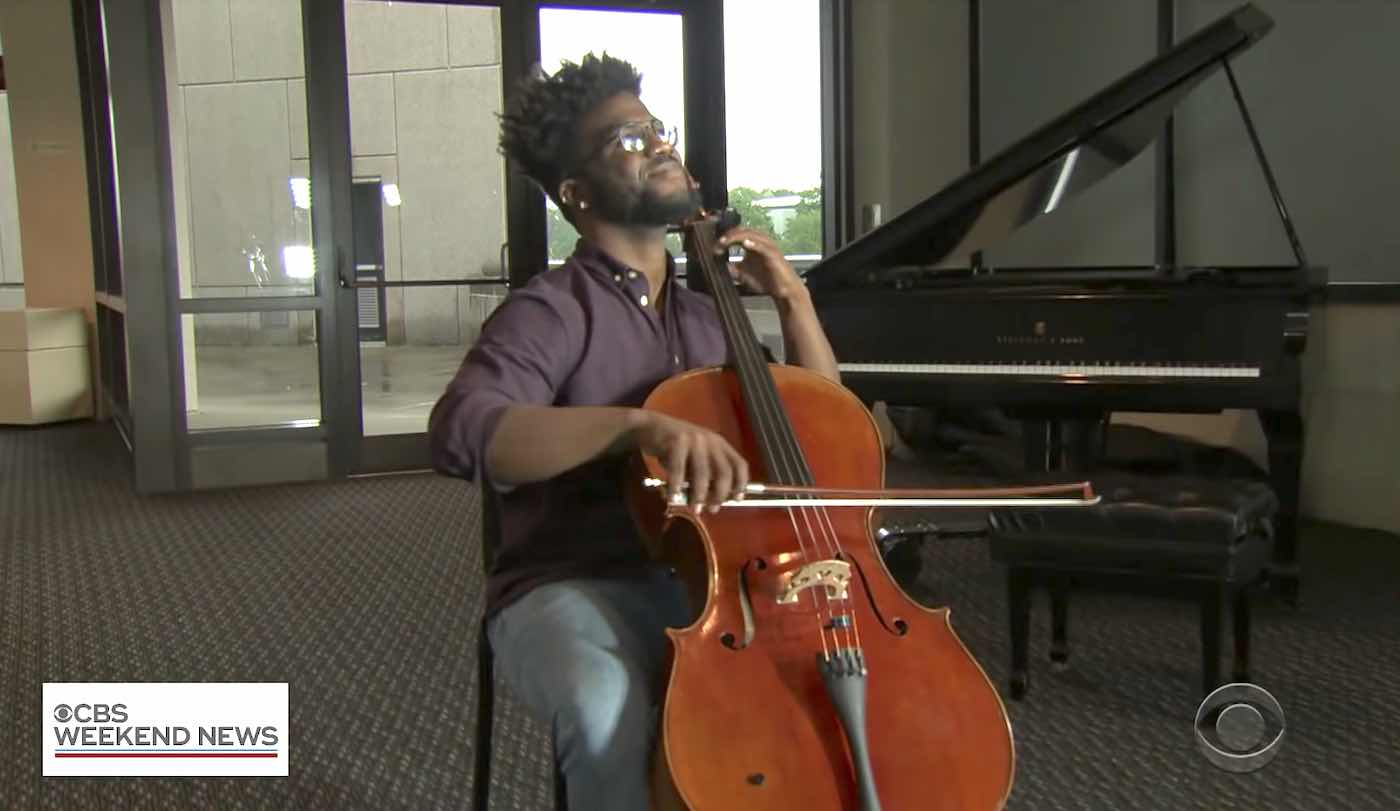 Eddie Adams struggled to get by with his 5 siblings and single mother in a homeless shelter. Never did he dream of being on stage.

His journey toward harmony started when he decided to take a band class in high school. He initially wanted to play the drums, but the teacher thought he had no rhythm and suggested he try the cello.

Eddie was apprehensive about the choice. He remembers playing terribly and never being able to hear whether it was in tune. But, he kept trying.

He watched dozens of YouTube instructional videos and the more he practiced, the better he got.

With constant encouragement from his teacher, he became so good that he was offered a full-tuition scholarship to George Mason University in Virginia—and became their lead cellist.

June Huang, the university director of string instruments, told CBS News that she was so impressed during Adams’s audition, she dropped her pencil and forgot to take notes because she was so mesmerized.

“Is it amazing he got this far got into college without a formal lesson? That is amazing,” says Huang. “I remember that moment because it’s unique when you hear music come from the core of somebody, the silent peaceful middle of someone and I felt honored to witness that.”

Unfortunately, life in school with no money was difficult. Since he could not afford the bulk of his supplies, he had to borrow textbooks from his fellow classmates, and he didn’t own a cello.

Last month, however, The Washington Post featured a story on Adams—and it turned into a crescendo of blessing.

One stranger is buying him a custom-made cello; another is paying for a fitted tuxedo for performances. A GoFundme campaign that was created for Eddie quickly raised $160,000—and when the 20-year-old saw the influx of donations, he told The Post that he cried all day.

RELATED: The Love and Support of 250 Seniors Made Her Sober—and an Award-Winning Caregiver

He’s already paid off $15,000 in student loans and gone to the dentist for the first time since he was a kid.

He is also paying the kindness forward by taking his cello to a homeless shelter in Alexandria, Virginia, to play for and inspire other young dreamers like himself.

(WATCH the interview below) – Photo by CBS News

Play Up The Positivity By Sharing The Inspiring Story With Friends…