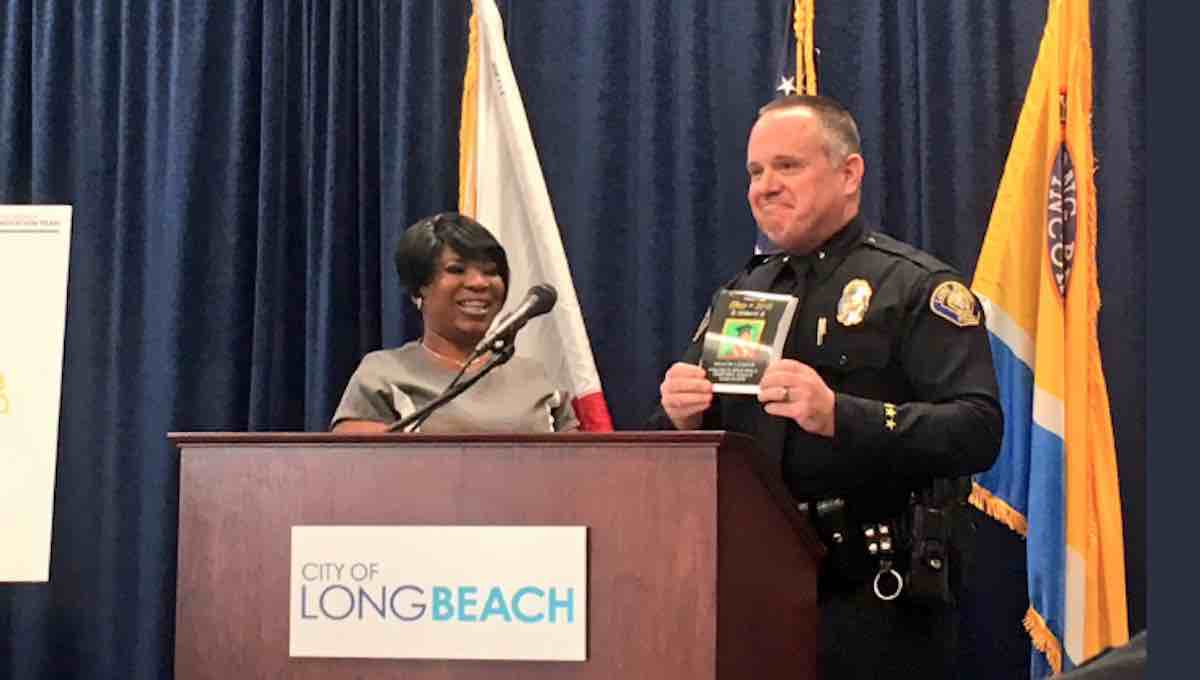 Today we reunited Long Beach resident Tiffany Hall, a woman formally caught in a cycle of substance abuse, to the @LBPD Lieutenant who helped turn her life around!

She took the moment to invite him to her graduation ??? #GoLongBeach pic.twitter.com/sBjZIJbXjv

It has been five years since Tiffany Hall was caught in a cycle of substance abuse and addiction. Now, she is about to become a college grad – and she credits her success to the police officer who arrested her.

Hall first met Lieutenant Jim Foster when he was arresting her on drug charges in Long Beach, California. It was to be the first of many encounters between Hall and the compassionate police officer.

“I became a product of my environment — drug infestation — and I became that,” Hall said during their recent reunion at the police department. “But then somewhere, somehow Lt. Foster became a part of my life. For some reason, he would always take me to jail.”

Hall says that whenever Foster was taking her to the station, he would chat with her about her situation and encourage her to make better choices.

WATCH: Deputy’s Act of Kindness Leads Homeless Man to Family He Never Knew He Had

“She was a unique personality,” said Foster. “Lots of humor. She had a great story to tell and I noticed she had a tough exterior but a soft interior.”

Foster’s kindness had such a positive effect on Hall, she says that it eventually gave her the courage to turn away from drug addiction and turn her life around.

Five years later, the city of Long Beach recently reunited Hall with her old arresting officer – and the meeting was an emotional one.

CHECK OUT: Officer Who Punched Through Ice Reunites With Boy He Rescued, Gives Him Special Memento

During the event, Hall presented Foster with an invitation to her college graduation next month, a ceremony that the lieutenant says he “would not miss for the world”.

Upon accepting the invitation, Foster said: “The biggest joy of my professional career is from time-to-time having contact with people who have found their way out of horrible circumstances and into life’s success, things that a lot of us just take for granted for people who have a much rougher life story.”

Hall reportedly plans on passing the kindness forward by pursuing a career in social work.

Pass On The Positivity: Click To Share The Story With Your Friends – Photo by Long Beach Mayor