Home All News Health Contraceptive Jewelry Could Be Discreet New Method of Birth Control for Women... 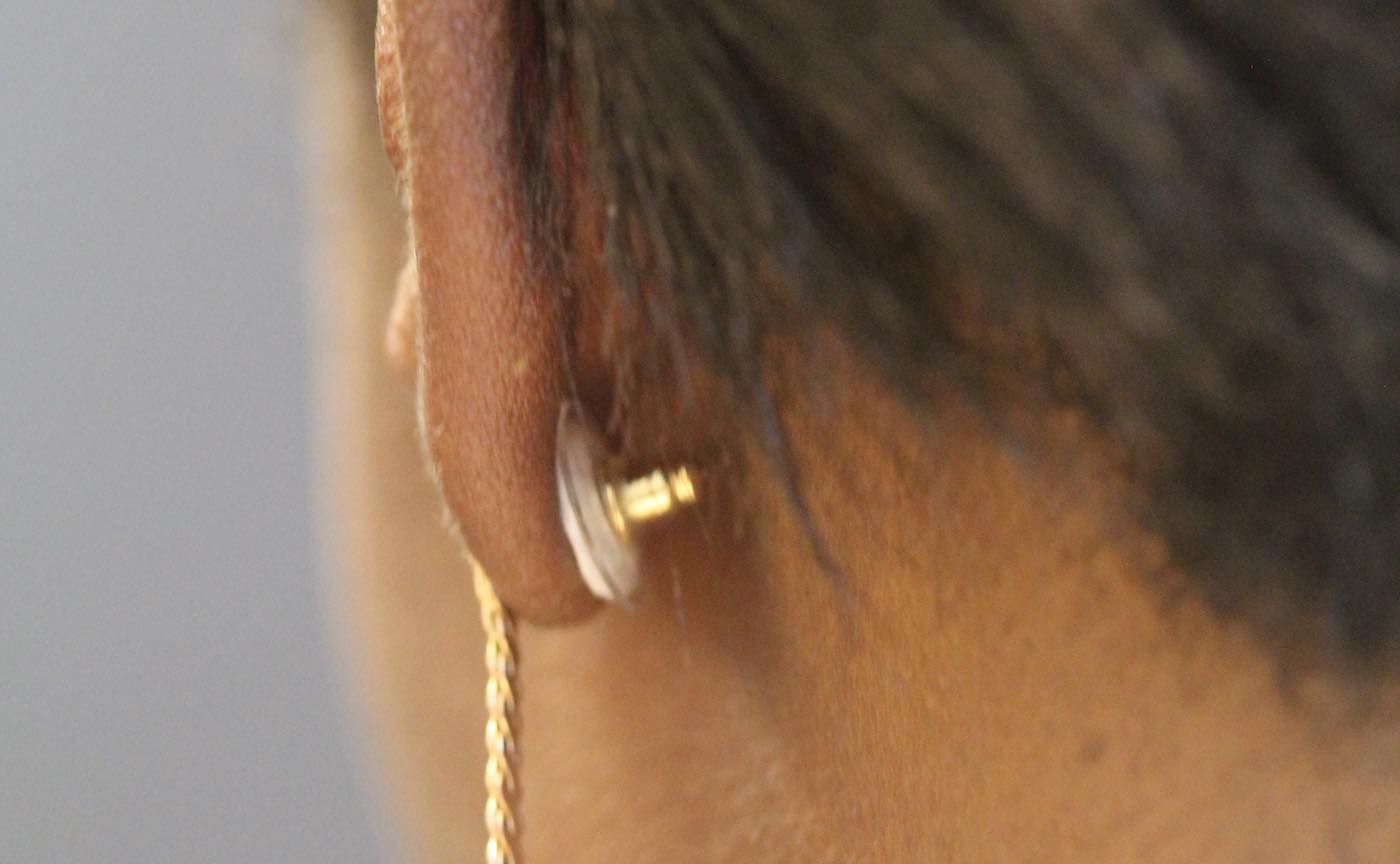 Family planning for women might one day be as simple as putting on an earring.

A new study from the Georgia Institute of Technology describes a technique for administering contraceptive hormones through special backings on jewelry such as earrings, wristwatches, rings or necklaces.

The contraceptive hormones are contained in patches applied to portions of the jewelry in contact with the skin, allowing the drugs to be absorbed into the body.

Initial testing suggests the contraceptive jewelry may deliver sufficient amounts of hormone to provide contraception, though no human testing has been done yet. A goal for the new technique is to improve user compliance with drug regimens that require regular dosages. Beyond contraceptives, the jewelry-based technique might also be used for delivering other drugs through the skin.

LOOK: After Success of First 3D-Printed Home in US, 50 More Homes Are Being Built for Poor Families

“The more contraceptive options that are available, the more likely it is that the needs of individual women can be met,” said Mark Prausnitz of the institute’s School of Chemical and Biomolecular Engineering.

“Because putting on jewelry may already be part of a woman’s daily routine, this technique may facilitate compliance with the drug regimen. This technique could more effectively empower some women to prevent unintended pregnancies.”

This proof-of-concept research, which was published in the Journal of Controlled Release earlier this month, was supported by the U.S. Agency for International Development (USAID).

Contraceptive jewelry adapts transdermal patch technology that is already used to administer drugs that prevent motion sickness, support smoking cessation, and control the symptoms of menopause, but have never been incorporated into jewelry before. Contraceptive patches are also already available, but Prausnitz believes pairing them with jewelry may prove attractive to some women – and allow more discreet use of the drug delivery technology.

“There is a lot of experience with making and using conventional transdermal patches,” he said. “We are taking this established technology, making the patch smaller and using jewelry to help apply it. We think that earring patches can expand the scope of transdermal patches to provide additional impact.”

Upon applying the concept in animal models, the researchers simulated the removal of the earrings during sleep by applying the patches for 16 hours, then removing them for eight hours. Testing suggested that even though levels dropped while the earrings were removed, the patch could produce necessary amounts of the hormone in the bloodstream.

The earring patch tested by the researchers consisted of three layers. One layer is impermeable and includes an adhesive to hold it onto an earring back, the underside of a wristwatch or the inside surface of a necklace or ring. A middle layer of the patch contains the contraceptive drug in solid form. The outer layer is a skin adhesive to help stick to skin so the hormone can be transferred. Once in the skin, the drug can move into the bloodstream and circulate through the body.

If the technique ultimately is used for contraception in humans, the earring back would need to be changed periodically, likely on a weekly basis.

The contraceptive jewelry was originally designed for use in developing countries where access to health care services may limit access to long-acting contraceptives such as injectables, implants and IUDs. However, Prausnitz says the technology may be attractive beyond that initial audience. “We think contraceptive jewelry could be appealing and helpful to women all around the world,” said Prausnitz.

RELATED: We May Soon Be Able to Build Houses Out of the Byproducts From Our Bathroom Breaks

Earring backs and watches may be most useful for administering drugs because they remain in close contact with the skin to allow drug transfer. The dose delivered by a patch is generally proportional to the area of skin contact.

“The advantage of incorporating contraceptive hormone into a universal earring back is that it can be paired with many different earrings,” Prausnitz noted. “A woman could acquire these drug-loaded earring backs and then use them with various earrings she might want to wear.”

MORE: A Man Got the Nobel Prize for Her Discovery. Now, 44 Years Later, She’s Awarded Breakthrough Physics Prize and $3Mil

“We need to understand not only the effectiveness and economics of contraceptive jewelry, but also the social and personal factors that come into play for women all around the world,” Prausnitz said. “We would have to make sure that this contraceptive jewelry concept is something that women would actually want and use.”

The technique could potentially be used to deliver other pharmaceuticals, though it would only be suitable for skin-permeable drugs that require administration of quantities small enough to fit into the patches.

CHECK OUT: In ‘World First’ Blind People Have Their Vision Restored Thanks to Stem Cells From Deceased Organ Donors

“We think there are uses beyond contraceptive hormones, but there will always be a limitation that the drug has to be effective with a low enough dose to fit into the limited space in the patch,” Prausnitz said. “It also should be a drug that would benefit from continuous delivery from a patch and that is administered to a patient population interested in using pharmaceutical jewelry.”

The earring patch is designed to add another contraceptive option for women. “Pharmaceutical jewelry introduces a novel delivery method that may make taking contraceptives more appealing,” he added. “Making it more appealing should make it easier to remember to use it.”